I’ve been playing Words With Friends on my phone for about 7 years now, and naturally I’ve picked up a few regular opponents along the way – complete strangers whom I know little to nothing about but with whom I share an occasional holiday greeting or a compliment on a big score.

Lately, though, the only game I play is Blades. I’m not admitting that with any sense of pride – the game, still in early access, is currently an unapologetic time-sink I’d be much better off without. But there’s one side effect of my Blades obsession that has only just occurred to me: Besides once or twice – and only accidentally – I hadn’t opened my Words With Friends app in months. Which means my biggest rivals, like Wilma48 and hugznkissa, haven’t gotten a backbreaking triple-word score from me in ages.

Do they think I’m dead? 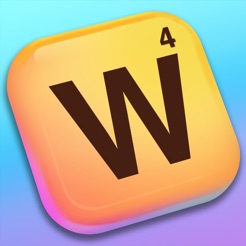 Let’s focus on Wilma48. Home base: Somewhere in Canada. Age: Unknown. I beat her(?) more often than not, but we’re pretty evenly matched. She (let’s go with she) messages me more than I message her and when I’ve been away a couple days or forget to press “Rematch” she sometimes asks if I’m still interested in playing with her. I always say of course I am and then we go on battling, as usual. We’ve played 930 times, with me holding a 487-443 advantage, although we’ve tied a time or three, which the app doesn’t seem to list among our head-to-head stats. She’ll go on a run, I’ll counter with a slightly longer one and, before you know it, another few holidays have passed. Then I’m offline a day or two for whatever reason and I again reinforce my commitment to her. As the tiles turn.

But I’d never been gone this long. Not by a mile. And I didn’t have any real desire to return. I had a Golden Chest opening in six hours or so and now that Blades exists in this world, I simply don’t have time for games with even the slightest hint of redeeming value.

Does Wilma48 wonder about me? Do her periodic questions about my interest in playing with her point to an insecurity that makes her think she’s part of the reason I’ve stopped? Does she believe beating her got too easy and so I’ve moved on to tougher games with stiffer competition?

I figured the only way to find out was to open the app and challenge her to a new match. Which I did. Precisely 32 hours ago as I type this. I also challenged hugznkissa, plus one other longtime adversary against whom I have a lifetime losing record. No response yet from any of them.

And so now, after months away but less than two days of being ignored upon my return, I’m suddenly wondering … are they dead?

I know, I know. It’s highly unlikely all three of them kicked the bucket at the same time. And I’m pretty sure hugznkissa has a new profile photo. (Wilma48 has never had one.) So maybe I was wrong about Wilma48. Maybe she and hugznkissa and the others don’t wonder about me at all. Maybe after half a decade of playing elgrandem from New York on a sometimes daily basis they’ve moved on to other wordsmithing strangers. Elgrandem, who?

In other words: Maybe I am dead.

In other words: Maybe I am dead.

It’s not a pleasant thought. Still, Severio Scerius is about to finish enchanting my Dragonbone Axe of Breaching (with almost no chance of worthwhile bonuses). Then, it might be time to temper it. I guess also it would be time to start unlocking my Elder Chest, too, since that takes 12 godforsaken hours.

There’s no way you’re reading this, Wilma48, but in case you ever were wondering, I’m not dead yet. And even if I am, it’s not your fault. You didn’t drive me away and you surely are not obligated to remember me if I get struck by a bus today and never open another app again.

But if I manage to keep making it across Ditmars Blvd while playing Blades or writing Unwinnable Monthly columns in one piece, perhaps I’ll relaunch Words With Friends and try you again. Maybe even in the next 12 hours. Give or take a month.

Attack of the Earthlings Bakes Humor Into Its Freakish DNA