The Snowman, released in late 2017, is a film based on the popular dark crime thriller by Norwegian author Jo Nesbo. It follows the investigation of detective Harry Hole as he looks into the disappearance of several women and their connection to a serial killer who, as a calling card, leaves snowmen at the scene of each of his abductions.

Most people only remember The Snowman at the level of its esoteric ad campaign, which went viral last year, consisting mostly of simple phrases mocking a “mr. police” in an oddly childlike syntax. That the marketing for the film is so much more discussed and remembered than the film itself is a telling indicator of how the film was ultimately received (poorly).

Unlike the book it’s based on, which is a perfectly serviceable airport novel, voiced with the forced gruffness of a recently divorced dad who’s just started going to the gym again, the movie is a nearly unwatchable two hours of glum A-listers shuffling around stark, snowy landscapes, delivering their stilted lines with unintentional hilarity. It’s irredeemably bad and the reasons why will feel immediately familiar to anyone who has also played a David Cage game. 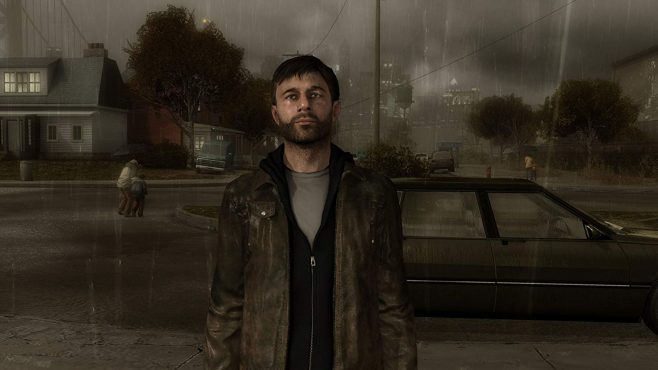 Cage is the notorious founder of Quantic Dream, a studio known for producing “cinematic” gaming experiences: Choose Your Own Adventure-style branching narratives featuring performances by semi-famous actors, transformed into digital avatars via motion capture. Like The Snowman, Cage’s games have the tendency to be relentlessly dour: Heavy Rain, also featuring a serial kidnapper, stars a deadbeat dad trying to find his missing son in a permanently grey and rainy city. Beyond: Two Souls follows a tortured young girl as she ages into a tortured young woman. The two demos for Detroit: Become Human feature the android protagonist, Kara, forcefully disassembled by a bored male engineer in one clip and by a violent alcoholic in another. Inherent to Cage’s dramatic worldview seems to be the belief that only through creating melancholic scenarios and torturing your characters can you pull off emotionally convincing Drama. 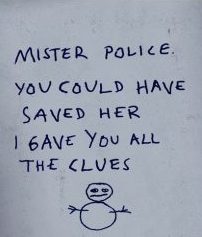 This bears a remarkable resemblance to the transformation of Harry Hole, The Snowman’s protagonist, from the raffish and cool, relatable fuckup of the novels, to a chain-smoking, shambling zombie who seems to carry no internal thoughts behind his permanently stricken gaze. Michael Fassbender, who elsewhere has given incredible performances, just doesn’t seem to have any idea what to do with this character and it is not clear whether anyone has told him. The Snowman, in interpreting the events of the book with the darkest possible lens, hollows out its main character into a boring husk, his pathos and characterization replaced by prolonged, uncomfortable silences.

The rest of the cast shares Hole’s paper-thin characterization and scenic awkwardness. Everyone moves as if they were NPCs in a videogame, shuffling from one cycle of idle animation to another. Cage’s games are no stranger to this stiffness, with characters often missing sight lines or making strange facial expressions at inappropriate times. Some benefit of the doubt can be lent, considering his are admittedly mo-capped actors, and something always gets lost in the digital translation. But videogames have enough other examples of digital actors giving natural and convincing performances (see: Ninja Theory) that this excuse doesn’t hold water for long. The stark reality is that Cage is just bad at directing actors.

The same can’t really be said for The Snowman’s director, Tomas Alfredson, who is responsible for films like Let The Right One In, a fascinating indie darling about a young boy’s relationship with a neighboring vampire girl. That film, shot in his native Swedish, while plenty dark, is successful at adding depth and weight to its story and its principle characters. Clearly, Alfredson has the ability to tell stories well and construct believable and interesting characters to exist in them. But, like a human head stuck on the top of a snowman’s squat body, his latest film has the effect of souring our recollection of his entire body of work. How could someone who so carefully steered the dramatic waters to produce a refreshing take of the vampire genre, and who so deftly handled the overwrought spy fiction of Tinker, Tailor, Soldier, Spy, run so catastrophically aground in the case of The Snowman? 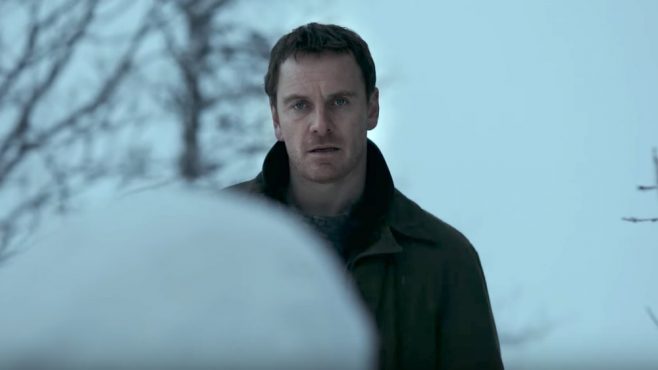 One aspect of The Snowman which draws particularly unfavorable comparisons to Cage is the way the film treats its women. The book, despite having plenty of eyebrow-raising language when it comes to women and minorities, still manages to at least spend some time building internal lives for some of these characters. The killer’s mother, for example, is not the suicidal, abused mute from the film, but a normal woman with voiced desires which, where they conflict with the twisted mind of her son, lead to her demise. Hole’s partner, Katrine Brett, has a robust and parallel arc to Hole with its own climactic resolution. In the film, she is disposed of unceremoniously after being physically forced to submit her autonomy to Hole. In the book, Brett never stops being a detective, even sitting in a prison cell. In the movie, she is disarmed of her power and murdered while trying to use the only tool still allowed her: her body and her sexuality.

Stripping women of their power and casting them as sexualized objects are cards which Cage plays with frenzied abandon. Heavy Rain features its own clichéd scene where the sole female playable character, Madison Paige, must try and seduce a villain for the sake of information. And if the player fails to press the right buttons, she might meet as brutal a death as Brett does. This need to hinge potentially violent outcomes on a woman’s body signifies the clear creative shortsightedness of male directors who have no interest in looking past women’s bodies to begin with. That Alfredson finds such common ground with Cage in this respect is disappointing at best, damning at worst.

The ways in which The Snowman inadvertently mimics the oeuvre of Cage and Quantic Dreams are myriad and unfortunate but also a helpful tool for analyzing why it fails so spectacularly at telling its story. By flattening its protagonist and making the arcs of its female characters grotesquely tragic, it takes the fun pulpy novel that inspired it and mashes it into watery grist. It recreates the particular mood that Cage has mastered: long, flat, emotionless sections punctuated by something shocking, only to quickly return to unsmiling mundanity – which makes the constant cutaways to shots of goofy snowmen a comedic sight, rather than a horrific one. That a director who has done good work in the past is responsible for a film that could easily have been made by one who arguably never has, is perhaps not as disappointing as the fact that there are enough David Cage games to define a painfully mediocre style and craft a weird shorthand for describing awful movies.