If there is one thing you can count on in this uncertain life, it is that Team Unwinnable will always have horror movie recommendations for you. 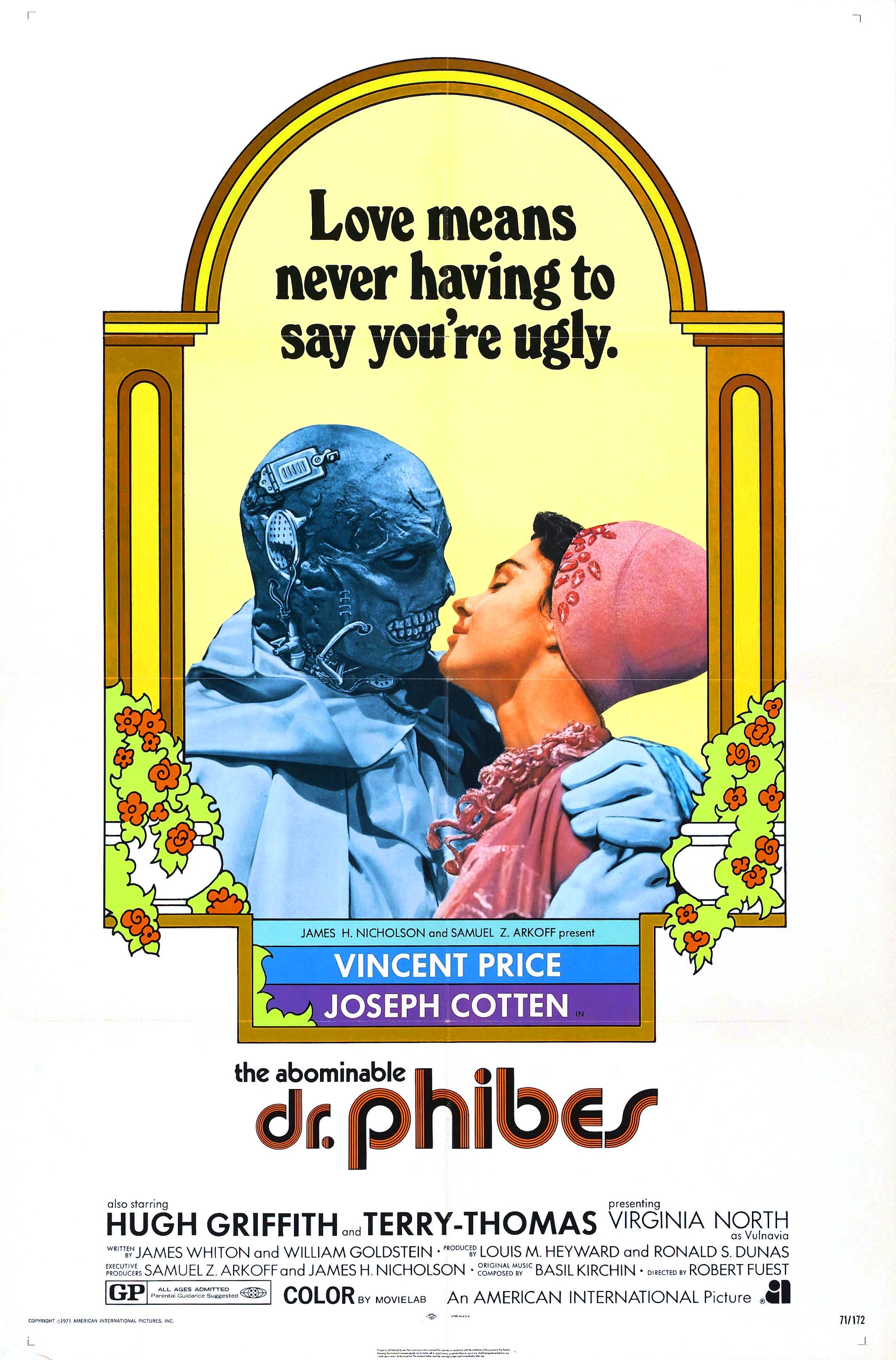 Ever wondered what a horror movie would be like if it was made by the folks behind the Adam West Batman series? The Abominable Doctor Phibes is about the closest you can get. Vincent Price vamps around as horrifically disfigured eccentric as he murders the doctors responsible for his wife’s death in colorful interpretations of the ten plagues of Egypt. What more could you want from a movie, honestly?

Find it on: Mysterious alleyway dealer (Google is your friend), DVD

Something Wicked This Way Comes

Based on the Ray Bradbury novel of the same name, this Disney film is a surprisingly creepy tale about fathers, sons, mortality and Mr. Dark’s Pandemonium Carnival, all set against a perfect October backdrop. Of particular note: Jonathan Pryce (as Mr. Dark) chews his scenery with terrifying gusto.

Find it on: Mysterious alleyway dealer (Google is your friend), DVD

A woman moves into an apartment with some weird goings-on and eventually learns it is a gateway to hell and she has to keep it closed. Haven’t seen it in years, but just thinking about The Sentinel, particularly Burgess Meredith’s performance, gives me the willies.

Phantasm is a delicious bit of 70s indie horror about a mortician, Angus Scrimm’s iconic Tall Man, who is stealing bodies to, well, its complicated. A dreamy movie full of WTF moments, it benefits from its disjointed, low-budget production. Plus, deadly flying metal spheres. A true cult classic. 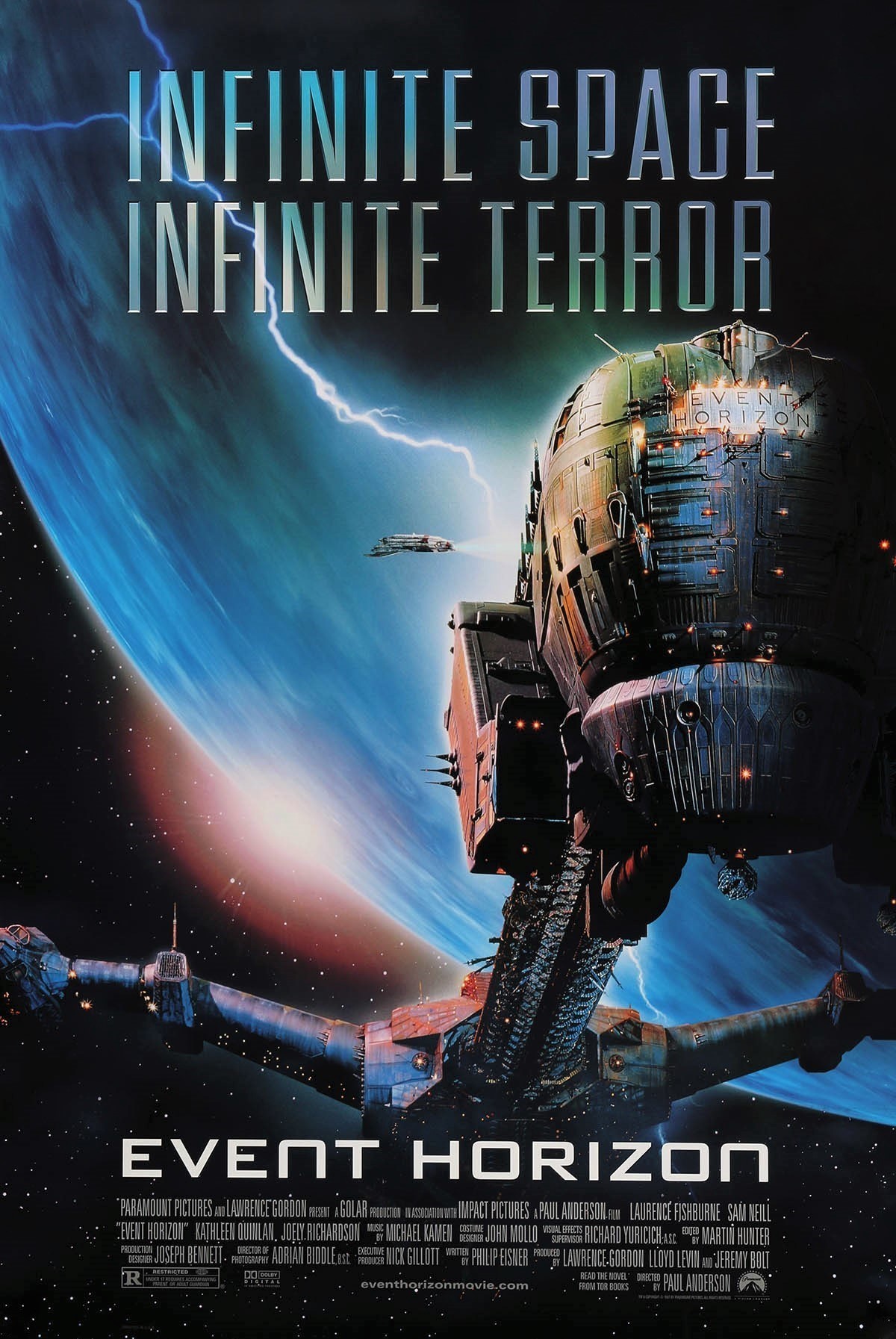 Yes, Paul W.S. Anderson is responsible for the Resident Evil movies – which have shot so far beyond cringy that they’ve circled the sun (twice) in unnecessary slow motion and lapped themselves to become super-cringy, but god dammit do I enjoy Event Horizon. It’s essentially a haunted house movie set on a spaceship, only done well instead of, like, every other haunted house movie to come out in the past 20 years. “Liberate tutemet ex inferis” indeed.

Okay, yeah, I know, Virus isn’t a particularly good movie – in fact it’s pretty bad. But the reason I’m recommending it, and the reason it’s still something that sticks out in my mind after so long, is the creature design(s). The concept of an alien intelligence using both machinery and organic material as spare parts to create all sorts of monstrosities is pretty creepy on its face, and the variety of creature types (plus the wide variations in how much organic matter they contain) are way more memorable than the rest of the plot or any of the characters. 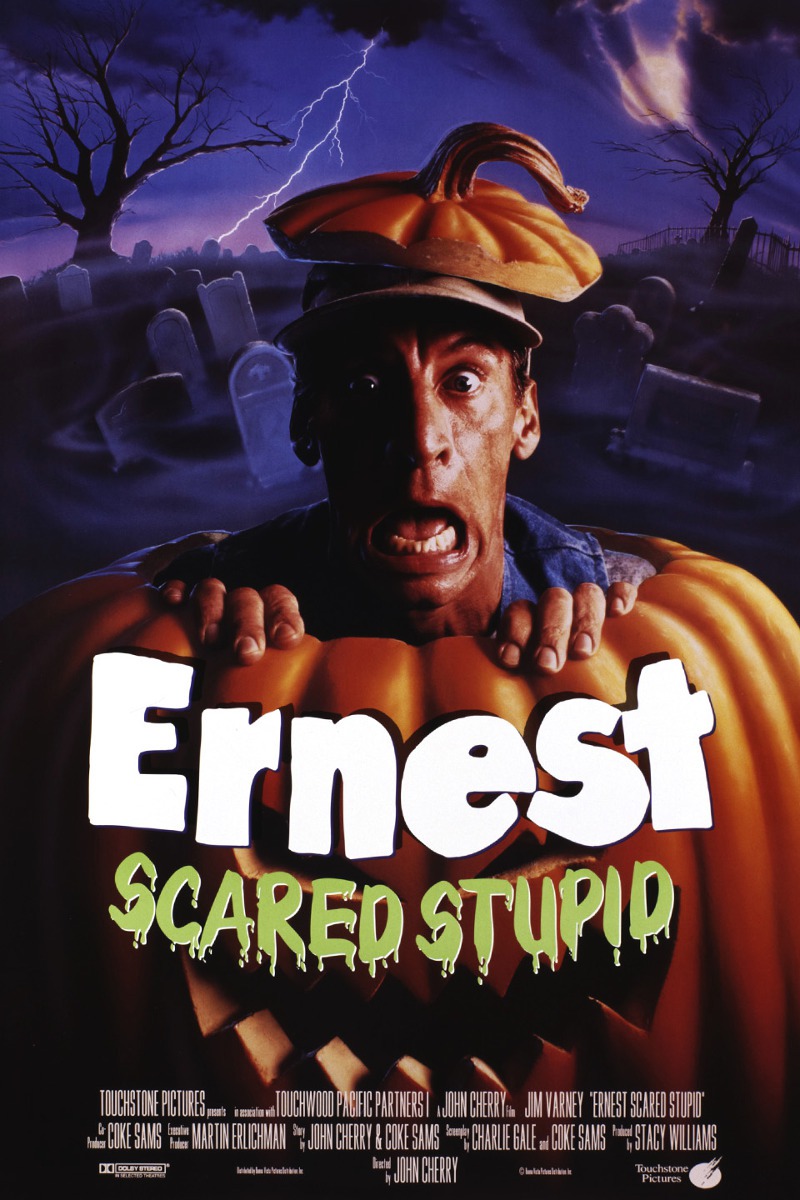 Ugh why am I writing this. I’m going to get roasted in the Slack. I can’t even really remember this movie, but I remember the feeling of terror. Betrayal. Puppets will always be more terrifying than CG, and this children’s movie about a schizophrenic local handyman who has a dog named Rimshot and an imaginary friend behind the fourth wall had some of the most terrifying troll puppets I’d ever seen. They must have been inspired by Killer Klowns, seriously the 80s and 90s were just stress factories for children. If I watch this movie again again, my fears will probably be assuaged, only to be replaced by something more terrifying. My dad does an uncanny Ernest impression.

A relatively conventional horror movie (it’s the 1920’s, in a British mansion, a woman becomes possessed) it is elevated by how it chooses to interpret these things. 1920 is an Indian, Hindi-language horror film, and features some of the things you may come to expect from a Bollywood production — near the middle there’s even a small dance number. Beyond the potential novelty of viewing a horror movie in Hindi, it is actually quite good, sumptiously shot and an interesting take on horror.

Find it on: Netflix, Mysterious alleyway dealer (Google is your friend) 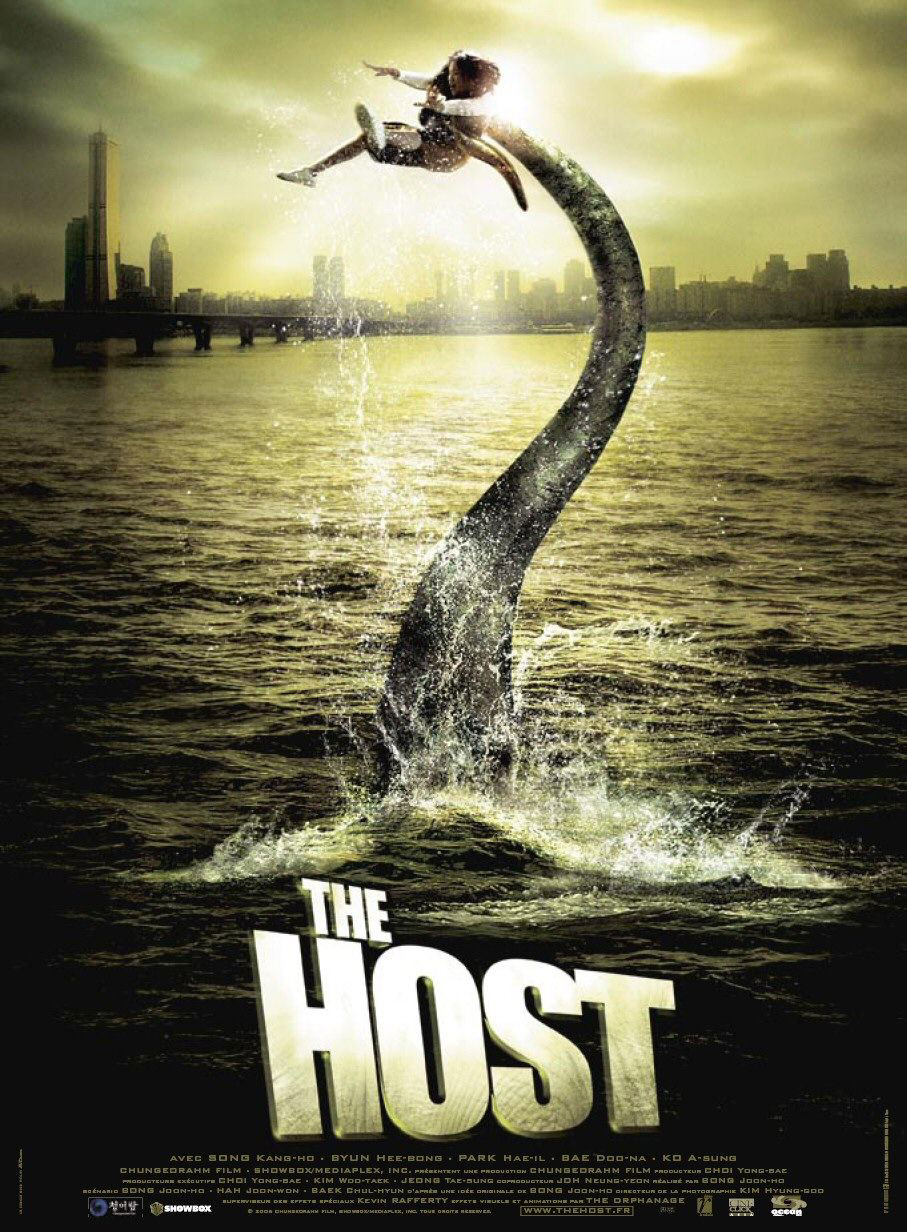 If you care about Korean-directed movies that frequently make their way to the US, there’s a good chance you already know the work of Bong Joon-ho (Snowpiercer, Okja, Memories of Murder). The Host is my go to for horror movies, a strange little monster flick about environmentalism, family and solving state problems with a bow and arrow. It’s also actually funny and emotional, with interesting effects and really great performances.

Find it on: Amazon, Mysterious alleyway dealer (Google is your friend)

This is purely brilliant effort at a horror TV show where the true horror is the way that a family handles trauma. It’s not really an adaptation of Shirley Jackson’s brilliant novel as much as a completely new show that uses a brilliant novel to market an anchor because why make a new thing? But in seriousness this is a brilliant show and left an imprint deep on me I will not soon forget.

Find it on: Netflix 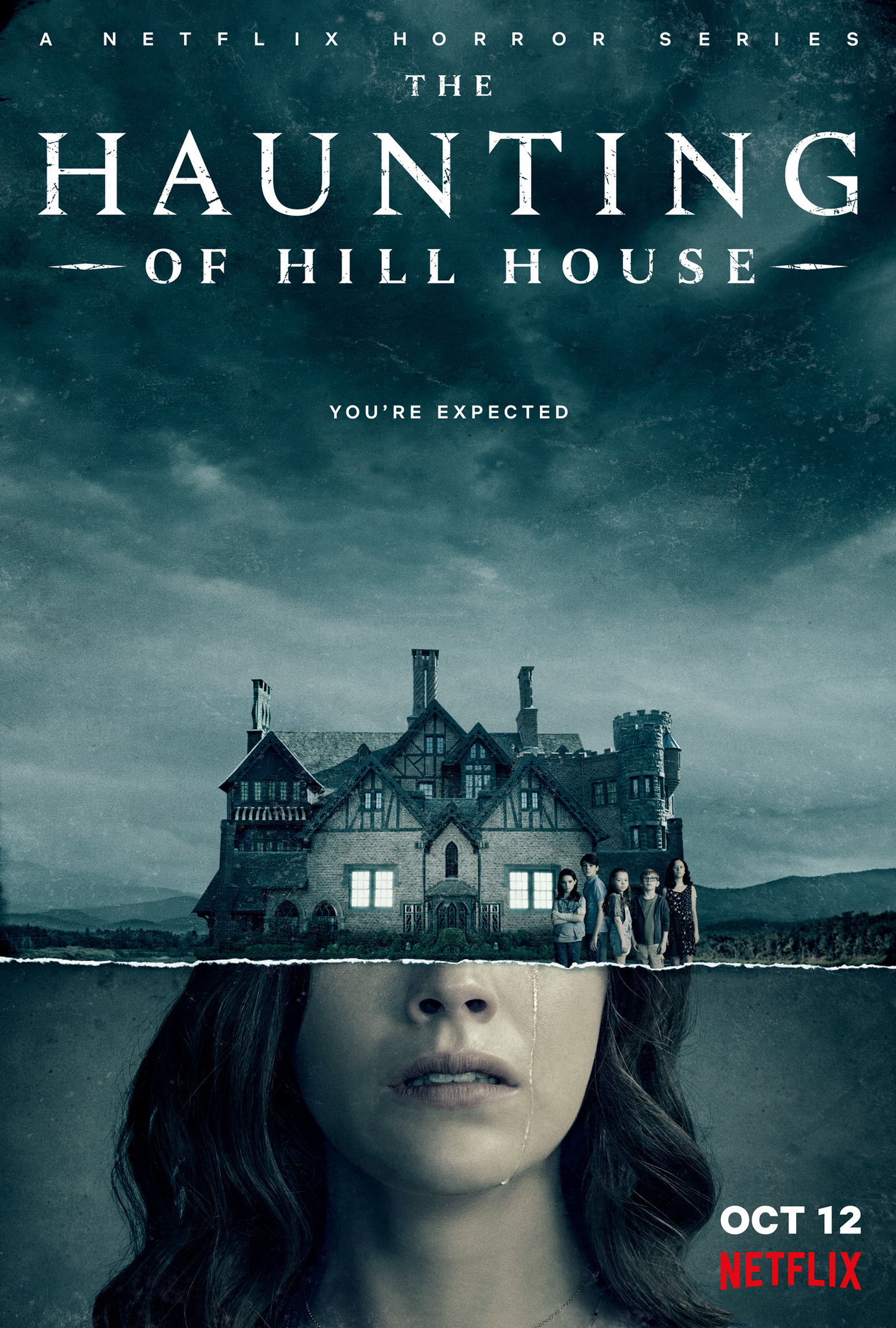 I think Adam Wingard peaked here but what a peak it is. It’s brutally gruesome and twists and turns well enough. Come for the amazing and brilliant over use of “Looking For the Magic,” stay for kills and the way this family completely implodes. It’s also pretty funny? And super weird.

Zach Snyder’s only really good movie. An unfunny, self-serious, very dramatic remake of the Romero classic Snyder makes a movie that is interesting, well-paced, and deeply strange. It’s beats don’t follow any logical pattern except that Snyder wanted to make a really cool movie and then made a pretty cool one in the process. Highlights include amazing practical effects, mostly believable weird ass people in a mall, and an amazing first 20 minutes stronger than most other zombie movies ever.