Hey Friends! It’s October and we know that means you want to be watching horror movies! Well we here at Unwinnable put together a weekly list of flicks for you to tune into in your moments of indecision. Different folks might pop in and out over the month but here’s Stu, Rob, Levi, Astrid and David with their picks for your weekend. Think of us as the surly, mostly tolerable video store employees and this our picks wall with some notes about why we think its worth your time.

A heavy metal infused horror flick about a painter, his family and a diabolical (read that literally) serial killer. Lots and lots of dread through the build up – it is certainly a scary movie – but nothing too ghastly happens, even at the end. Perfect for the Halloween season.

Find it on: Netflix, Amazon, Google Play, YouTube, Vudu, or your neighborhood Mysterious Alleyway Vendor (Google is your friend). 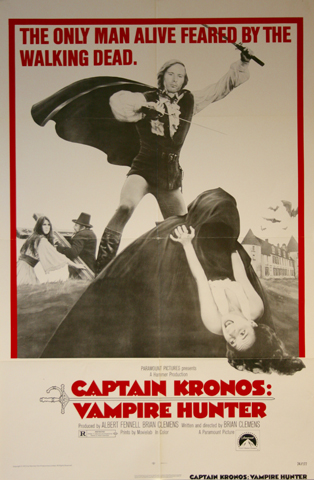 One of the last films produced by legendary British studio Hammer Film, Captain Kronos is a campy period piece with a unique take on vampires. A bit slow, but with a banger of an ending. Intended as the start of a series that never had another installment, I like to think of Vampire Hunter: D as its spiritual successor.

Find it on: Amazon, Vudu, or your neighborhood Mysterious Alleyway Vendor (Google is your friend).

The birth of the horror-comedy and perhaps Abbott and Costello’s finest work, their meeting with Frankenstein (and the Wolf Man, and Dracula, and the Invisible Man) is still a razor sharp slapstick spoof of the Universal Monsters and their clichés.

Find it on: Amazon, YouTube, Google Play, iTunes, Vudu, or your neighborhood Mysterious Alleyway Vendor (Google is your friend).

It ain’t Halloween in my house without a screening of The Monster Squad, the 1987 kid adventure flick featuring the Universal monsters as reimagined by Stan Winston. It may not be a great movie, but it sure is an awesome one, thanks in large part to Winston’s fantastic creature designs and Duncan Regehr’s turn as Dracula, which while fabulously evil, remains perhaps the most underrated cinematic portrayal of old Vlad.

Find it on: Hulu, Amazon, Google Play, YouTube, Vudu, iTunes, or your neighborhood Mysterious Alleyway Vendor (Google is your friend). 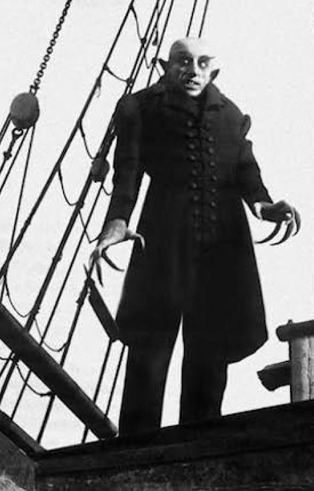 It might be from an era before sound effects and voice recordings existed in movies, but this classic still holds up well. Between the slightly twisted sets, lighting and the design of Count Orlok, it’s definitely worth checking out. Seriously, Orlok’s visage can still give me nightmares.

Let the Right One In

Childhood is fraught with fear and loneliness, so imagine getting stuck with that deal for centuries. Gorgeously shot, dripping with tension, with one of the best horror pool scenes, I think of this movie and weep for the youth.

Find it on: Hulu, Kanopy

The House of the Devil

By the books in most ways but with a wonderfully torqued scene involving The Fixx, some leaden shadows and a choice “nope!” to the basement. 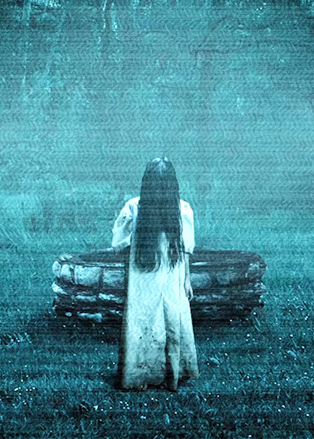 I first saw the ring as a VHS rental on a day when a storm knocked out our satellite dish and relegated my family to static on every channel. Naomi Watts puts together a brilliant performance in what is perhaps the best J-Horror remake available. In 2018 a few of its elements are beginning to show their age but its well-paced, shot and the color grading does marvels for the setting.

The Brendan Fraser Mummy is an absolute romp that beautifully balances scares, gross outs, and the fun of an Indiana Jones movie. The Mummy is a weird, light, summer smash that deserves to be revisited and is perhaps the best of the Universal Pictures remakes. 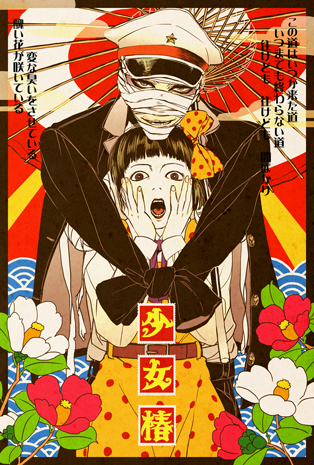 CONTENT WARNING: sexual violence. An adaptation of Suehiro Maruo’s delirious erotic-grotesque classic Shojo Tsubaki (“The Camellia Girl”), a phantasmagorical picaresque concerning the young girl Midori, who falls in with a freak show after her mother dies. Harada replicates the eerie, expressionist imagery of Maruo’s manga as best he can; by all (scarce) accounts, Harada both funded and drew the film himself. Like Belladonna of Sadness (1973), Midori often uses still frames in between sequences of full animation, but the effect is ironically closer to the tradition of street theater (kamishibai) where our long-suffering protagonist originated.

This is essentially a Korean remake of found-footage stinker Grave Encounters (2011), done with actual craft and smarts. Even at 94 minutes it takes its time to get going, although I enjoyed the YouTuber satire in the setup, but once the chaos starts the film locks into a roughly ten-minute stretch that is absolutely terrifying. If you’re as delightfully prone to jump scares as I am, I will, like, financially guarantee that this movie gets the job done. As a bonus, the characters have a VR camera, which I haven’t seen before in a found footage movie!