Hey its the weekend! What are you watching? Something spoopy or spooky? Need a hand? We got you covered! 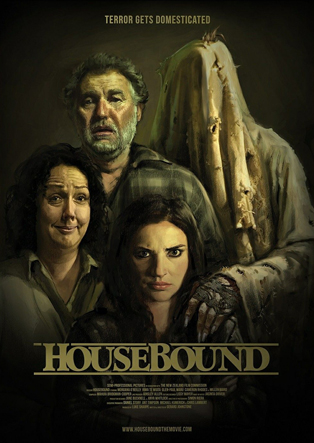 Another fine installment in the New Zealand horror comedy film tradition, Housebound is the story of a woman trapped under house arrest in her parent’s apparently haunted home. It is very funny, surprisingly scary and, if you have any experience with New Zealand film, unsurprisingly weird.

Find it on: Mysterious alleyway dealer (Google is your friend), iTunes

The only thing House II has in common with its (totally fine and worth watching) predecessor is the fact that it is set in a weird house. Where House was tongue-in-cheek, House II is a full-on bonkers trans-dimensional horror comedy involving undead cowboys, a crystal skull and the best John Ratzenberger cameo ever. Seriously, his scenes are worth the price of admission alone.

Find it on: Amazon, vudu, itunes

One of the best, and grossest, monster movies ever made, the ’88 remake of The Blob is a goddamned masterpiece. What should be kind of silly (giant amoeba terrorizes small town!) is actually downright terrifying – the awful deaths in the film verge on body horror. An over-the-top classic.

Come for vampires, stay for the excellent soundtrack. Wes Craven receives all the credit for getting meta on the horror genre, but there is a long tradition of horror films that cleverly play against expectation and formula – Fright Night is one of them. A slick, 80’s style reimagining of the classic vampire story. 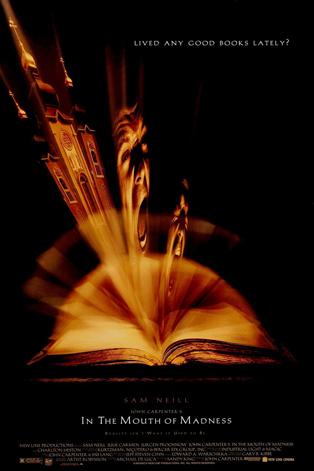 While it isn’t The Thing, In the Mouth of Madness is still a worthwhile watch both as a standalone film and as one third of John Carpenter’s “Apocalypse Trilogy.” The effects are nice and the bad things that lurk in the shadows are adequately spooky, but it was the themes of what constitutes reality and whether or not we have any control over our destiny that really stuck with me.

I wouldn’t necessarily call Deep Rising a good movie, but for me it’s a fun movie. Most of the effects don’t hold up and the dialog is . . . well it was a monster movie from the late 90s so yeah . . . but I don’t care. The premise is decent, the gore is alright and the almost ever-present dread of knowing that nowhere is truly safe helped me to look past all of those other unimportant glaring faults.

I originally saw this in the theater because it was marketed as a kids movie. It is not. The Witches has some of the most horrifying sub-R rated imagery I’ve ever seen, some of which still makes my skin crawl 28 years later. 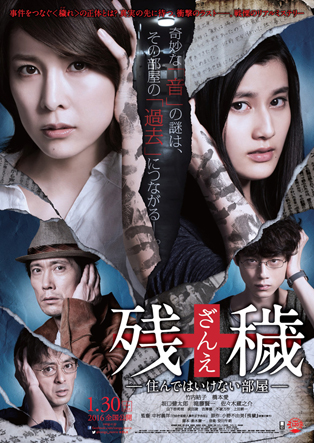 A companion piece to the legendary Noroi: The Curse (2005), this is a slow-rolling creep machine with one destination: DOOM! Two women – one of them a mystery writer, which, *yes* – investigate hauntings in and around an apartment block, digging back through decades of mysterious circumstances. The circumstances become increasingly complex, the hauntings more prevalent. The pace . . . does not pick up. Don’t put this on for your October 31st party and then yell at me when your friend who thinks Saw II is “old-school horror” falls asleep, ok?

Sweaty Freudian splatter-slasher classic. All about scuzz, texture, and gore – the Tom Savini effects are as grimy as the on-location NYC and Florida shooting. I hope I don’t shock you by suggesting that the psychological underpinnings of this story are not exactly sound, but Baird Stafford’s contorted performance as George (he of the “damaged brain”) achieves a queasy authenticity despite everything. 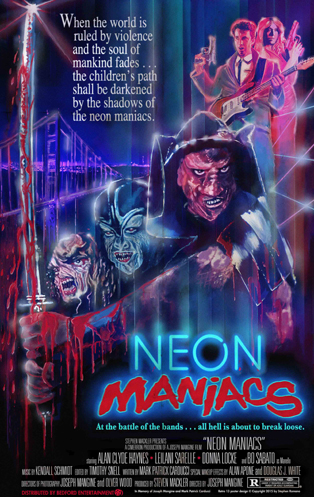 Neon Maniacs is a mistake – a half finished movie released to a middling audience full of performers, special effects artists and crew that would probably rather it be forgotten. But there is something to its candy colored gore, a sort of dream-like quality made all the more real by its unfinished state.

Find it on: Amazon, Mysterious alleyway dealer (Google is your friend), YouTube, DVD

I have a preference for supernatural horror and this movie exists as a kind of twist on the traditional slasher. Sure, there are girls running around in their pajamas, a murderer with a unique weapon (this guy is using a ice drill affixed to the end of a guitar) but to narrow it down to just a slasher would be missing the very, very weird things that are going on in this movie. 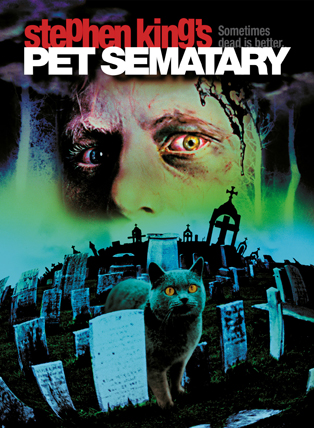 Why would anyone watch this, let alone make it? It’s spooky as shit. Bleak as a bat-less belfry. It’s got that cute kid from everything back then, but here he’s gleefully slicing tendons. Hey is that the excellent Tasha Yar from The Next Generation? Oh, is that a sad dude making incredibly bad decisions with ancient first nations magic? He gets what he deserves, and I hope the zombie cat lives forever.

Find it on: Amazon, Mysterious alleyway dealer (Google is your friend) 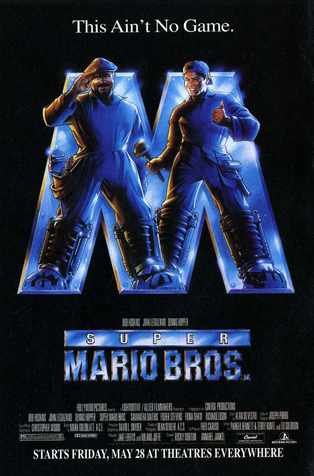 As a kid, I expected this movie to deliver Mario and Luigi jumping on cartoon turtles. Instead, they fight creepy-ass human-esque “Koopas” while Luigi (I think) gets caught up in a cliched romantic side story to rescue Princess Daisy, who has a normal-person name here (I’m not sure, and I have no intention of watching this again to find out). I don’t know what’s more horrifying: the way this movie eviscerated my childhood, or the fact that it probably ended several crew member’s careers.

Find it on: Mysterious alleyway dealer (Google is your friend), Don’t watch this goddamned movie.

David “In Space You Can Choose Death at Any Moment” Shimomura

This one is a super accessible, emotional thrill ride that uses its limited sets in fun ways. It’s not a movie where you root for the kills. The kills do happen but they’re not easy to swallow and most of the time I was actually a little shaken at some of them. It’s not a romp, have some food and water handy, this will take a minute.

Find it on: Netflix, pay for it everywhere else, Mysterious alleyway dealer (Google is your friend) 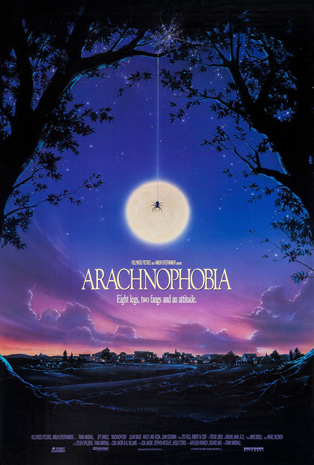 I cannot watch this movie anymore without a blanket to hid under and a hand to hold and another hand to rub my back reassuringly as I cry. I have severe arachnophobia. But what I do remember of this movie is that it’s pretty light, has some great fake outs and it does great work with Jeff Daniels, a criminally undercast everyman.

I think about this movie every time I get on a plan and open the seatback tray table. Unlike its sequels, Final Destination has a great mix of believable and Rube Goldberg style kills that are both shocking and satisfying. The more antagonistic version of death who is even somewhat seen in the film is a brilliant touch, something the later movies should have kept.

Find it on: Vudu, Google Play, Amazon Prime, iTunes, Cinemax for some reason, and Mysterious alleyway dealer (Google is your friend)