The dilapidated highway is in the midst of a battle with nature. Decayed buildings engulfed in flora litter the landscape and the fauna freely roam the city. Meanwhile, a gang of people roam, searching for Ellie, the 19-year-old protagonist, as she evades and waits to unleash her deadly moves.

Many post-apocalyptic media use the metaphor of nature taking over civilization to illustrate a world where governments are destroyed, leading to a state of lawlessness, and society “reverts back” to tribalistic warfare over scarce resources. This metaphor is deep rooted in a colonial and racist perception of the world. The Last of Us Part II, by developer Naughty Dog, seems no different.

The trailers portray grotesque violence; bones shattering, viscera spewing out, all in agonizing detail – the animation team used real life references to animate these sequences. The superstitious villains, as they brutally interrogate and terrorize, refer to their victims as “apostates,” signaling that they are some kind of cult. Violence is a selling point for this game. For the game’s director Neil Druckmann, in an interview with The Telegraph, the point of this violence is representing a realistic world, full of hate, violence and revenge.

Without a society and “the rule of law,” there are few protections that hold us back from our primal instincts, according to Druckmann. He adds: “if society is gone – and you see it in parts of the world where they don’t have those safeguards – the hate comes through and this cycle of violence permeates and people commit sometimes horrible acts.” Referring to this as a “primal urge” implies that it’s a rudimentary impulse, as opposed to a rational one. 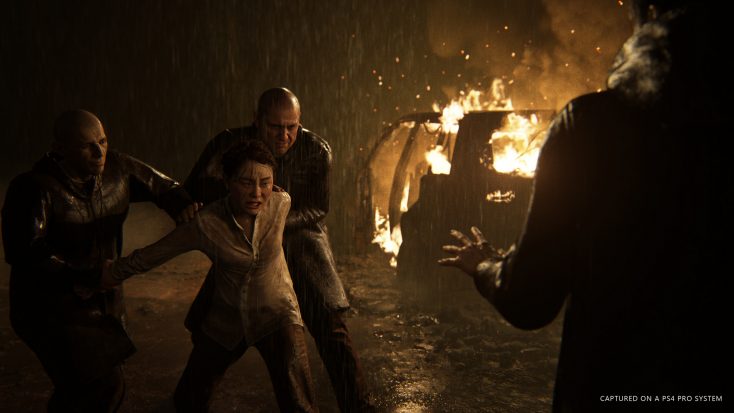 Druckmann’s comments echo English philosopher Thomas Hobbes. For Hobbes, in his influential book The Leviathan, social norms and standards are exclusively maintained by governments. Without it, he said, people would live in: “continual fear and danger of violent death; and the life of man, solitary, poor, nasty, brutish and short.” Hobbes asserts that we impose the restraints of government and punishment on ourselves, knowing the alternative will be drastically worse.

Regardless of what Hobbes postulates, violence exists within societies, mostly manifesting itself through systemic violence, like police brutality and anti-immigration policies, against people on the margins of society. Often, they are rationalized and imposed for the greater good of society, as we often see this logic in the discourse around Islamophobic laws.

Hobbes wrote under the context of the English civil war, and his perspective is colored by colonialism and racism. Hobbes specifically mentions American Indigenous communities – his language is much more racist, referring to them as “the savage people” – as an example of people living in an uncivilized way.

According to him, indigenous people organize themselves with: “the concord whereof dependeth on natural lust, have no government at all, and live at this day in that brutish manner.” For Hobbes and many other academics at the time, indigenous society represented life before people reached the ultimate form of human organization, where centralized governments and “rationality” tamed people’s natural extincts.

Hobbes never participated in any fieldwork with indigenous communities, nor had he even met an indigenous person. His views were shaped by racist academic writing he consumed, all with an agenda to reaffirm the supposed superiority of European society. Hobbes’ theory tried to be universal, however, it obviously favored European culture and society.

To this day, his ideas are enshrined in our society and media, perpetuated by privileged people who never have to deal with institutional discrimination and criminalization. Conservatives and fascists cynically utilize the line “rule of law” in order to pander to white voters. At the same time, images of marginalized people as violent and lawless proliferate media. Meanwhile, white people are often portrayed as the prototypical law-abiding citizen.

Druckmann wrongly argues that some places in the world don’t have the protection of the rule of law. While we often see images in the media of people in Syria, Afghanistan and Libya described as living in a lawless country, the situation is more complicated than that.

After the killing of Muammar Gaddafi, the longtime leader of Libya until 2011, news channels kept repeating repeating the line “Libya has become lawless” or “Libya is a failed state,” while showing footage of brown people in poor living conditions. Western media’s analysis largely disregards or underplays the political context of the situation, rooted in Libya’s history of being a French colony and the intervention of various foreign countries.

Laws and governments only comprise a small part of society, a part easily exploited by powerful people. Colonialism tried to bring civilization to many parts of the world through violence and fear, in order for Europeans to exploit natural resources and slave labor. Violence and discrimination were institutionalized in the former colonies, leading to genocides, wars and internal conflict, all legal according to the laws set up by the European colonizers. Due to this history, many of us conflate government and society, rather than viewing them as parts of a larger system.

Society is much more meaningful and larger than the rule of law. It’s a dynamic process of meaning-making among people. It’s complex and ever changing; symbols and values change over time. Societies can reproduce good ideals as well as bad ideals. Nevertheless, societies have the ability to remain somewhat intact in the face of hardship and people can work to construct some semblance of community, even in the most dire of circumstances.

In the pursuit of portraying a realistic world, The Last of Us Part II actually reproduces a version of the world dreamt up by colonial administrators and the academics who aided in their destruction of cultures around the world. A world where violence naturally takes over, proving that central governments are the only way for humanity to organize themselves. I have seen no signs that the game tries to address the historical implications of this representation. However, this setting has a lot of potential to explore different kinds  of ideas.

I imagine a game where marginalized people thrive after governments are destroyed and discriminatory laws lose their impact. The institutions that once oppressed them crumble during the apocalypse, and people see no reason to reproduce the systems, opting to create  something new. The villains of the game could be the guards of the old order, holding on to what they consider a glorious past. The Last of Us Part II hints at this kind of premise, regardless of the intention. 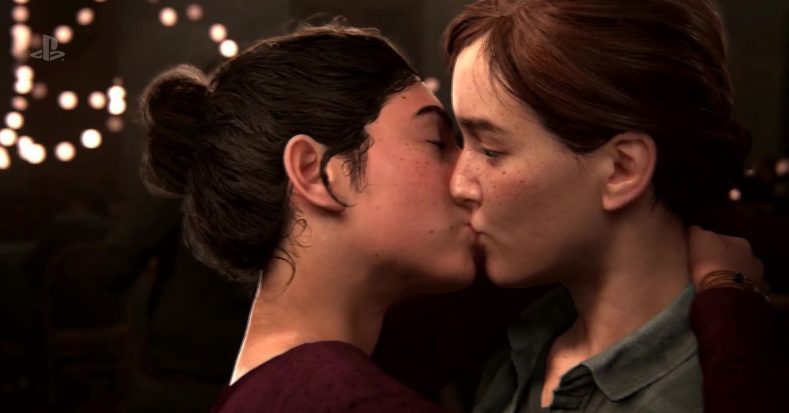 The tender and beautifully animated kiss between Ellie and Dina that we saw in the E3 2018 trailer isn’t “old society” as Druckmann puts it, but rather an emerging one. Ellie’s sexuality is illegal in many places that enforce the “rule of law.” Instead, their new society creates a safe space for Ellie and her community – and this relationship obviously may get more complicated when the game releases. The way the couple move and feel each other conveys a sensation of liberation from the hegemonic ideals of the past, that penalized queerness and anyone straying away from the heteronormative image no single person can achieve. But, both of them were just lost in the moment, focusing only on each other. Seemingly little else mattered at that moment.

I still have lingering feelings of disappointment from the promotional material and interviews for The Last of Us Part II, despite the fact that I loved the original. Instead of reaching for new ideas, the game is pursuing an overplayed theme with a racist past in order to achieve some kind of realism. Alongside this and the disappointing way that Naughty Dog handled harassment allegations in the studio, The Last of Us Part II leaves me frustrated because Ellie’s relationship with Dina and high production values have the potential to make it a fantastic game.

Maybe The Last Of Us Part II Was Trying To Frustrate Us?
Previous Post