***Spoilers for the entirety of The Last of Us Part II. CW: alcohol addiction***

This hadn’t been my intention. Not by a long shot. I remember thinking to myself in the car ride from the airport to my motel that I needed to watch how much I drank. This was a solo-vacation, there was no one to babysit me, so I had to be careful. Besides, I’d flown 2,300 miles to see one of my favorite bands, Jawbreaker, play in their hometown. I couldn’t let anything get in the way. That lasted all of an hour before I was at a bar blacking out. The next few days were no different. I missed the show, lying to my friends that had given me a ticket, saying I was sick. I was, actually, drowning myself in alcohol, trying to make my shame and pain go away. Braith and Caty, if you’re reading this, I’m super sorry for lying to you all. Glad that show was great, and glad you found someone else to go with you. 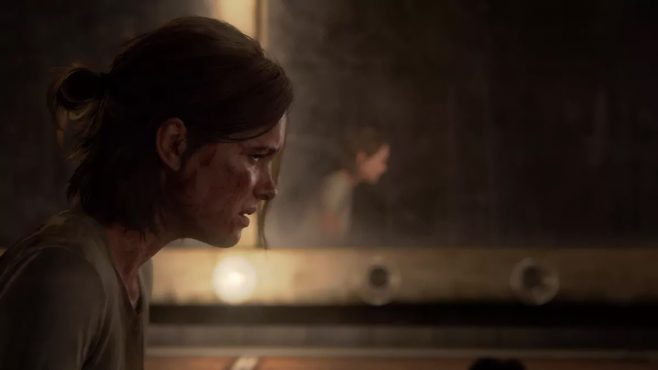 That week was my bender from Hell. I was powerless to it, I knew this, and I knew I couldn’t keep living that way. I decided there in that motel room that if I lived through the week I’d go to rehab for my addiction to alcohol.

When I told my Mom this, she replied saying she wondered when I’d finally reach this point. That she’d been waiting for me to hit my rock bottom. I’ll never forget that.

Saying you’re going to go to rehab and going to rehab are two completely different things, though. Everyone that drinks has woken up hungover before promising to any god that will listen they’ll never drink again before doing the exact same thing the next weekend. Saying you’re going to get help is kinda the addict equivalent of that. In October 2018, I said I was going to go to rehab. I didn’t check in until February 2019, the interim filled with drinks, blackouts and absolute self-destruction.

I just passed ten months sober. The year and four months since I went to rehab were not easy, which is why I’m not a year and four months sober (relapse is a part of recovery, etc), but I’m where I am now and I’m happy, thankful and relieved to be here. But something beaten into your head during recovery is sobriety is not a magic eraser; it will not fix your problems. And oh God how you may wish, beg or plead, it will not erase your past. If anything, you’ll be more stuck with all the bad parts of yourself and your life. You used drugs and alcohol to forget these things, remember? Have fun living in your brain forever. If you have Pure OCD, like I do, oh man . . . good luck! 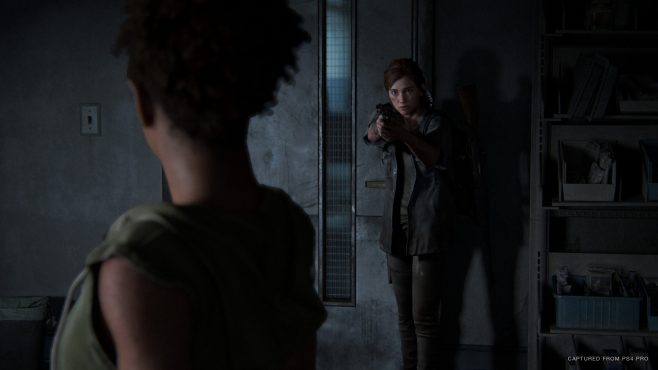 Let me be clear: there are very fair conversations and criticisms to have about The Last of Us Part II and Naughty Dog. Yes, the company’s labor issues, crunch and commitment to not addressing scandal after scandal is reprehensible and should be called out. Director Neil Druckmann should definitely delete his Twitter. The hyperbolic praise of a game like The Last of Us Part II does ignore a lot of groundbreaking – and less exploitative from a labor standpoint – work in the indie space. Yes, let’s have these conversations. These are good. But oh man, has this game really brought out the Tweets from everyone, huh?

Let me deny myself a seat at the cool kids table and say: I really, really love The Last of Us Part II. I mean, like . . . a lot.

When the first reviews of the game started coming out, one of the biggest criticisms levied at The Last of Us Part II was its gruesome violence and its ostensible statement on that violence and the cycle thereof. The arguments being, I know violence is bad and I don’t need a 30-hour videogame to tell me this over and over through more graphic and horrific ways. I think this is a valid criticism, and in fact, my favorite review of the game is a negative one that says just this, but I struggle with the idea that that’s all the game is saying, or that it’s the only purpose the violence serves. I think, honestly, The Last of Us Part II is maybe the greatest videogame about addiction of all time.

Which of course I think that. My curse forever is to view media through the lens of addiction and evaluate based on its supposed (sometimes and often self-imposed) themes of addiction. Realistically, do I think this game was written, directed or made with this theme in mind? Probably not. It’s probably some ham-fisted commentary on violence and that’s that. But I gotta tell ya, no game I’ve played hits the nail on the head when it comes to the cycle of addiction quite like The Last of Us Part II.

For background: The Last of Us Part II puts players in control of two characters, Ellie and Abby. Both are set on revenge for undeniably similar reasons. In the first game when Joel, Ellie’s surrogate father, goes on a rampage through a hospital to save Ellie, he kills Abby’s father. A neat narrative trick revealed in – and likely conceived for – the game’s sequel. At the beginning of The Last of Us Part II, Abby kills the living shit out of Joel in front of Ellie, bashing his head in with a golf club. Ellie sets off to Seattle to track Abby down, exact her revenge, and I don’t know, move on? It’s unclear. Halfway through the game, you switch control to Abby, seeing her life after her revenge, learning her relationships to her friends and community. Ellie kills all Abby’s friends, and the game ends with the two squaring off and beating each other up until Ellie, in the midst of drowning Abby, decides to let her go, implying the former’s forgiven the latter and abandoned her thirst for revenge. When Ellie returns home, her life is gone. She no longer has Joel, her girlfriend and child have left her and she’s also missing two fingers so she can’t play guitar anymore – which Joel taught her how to do. In summation: revenge ruined her life. 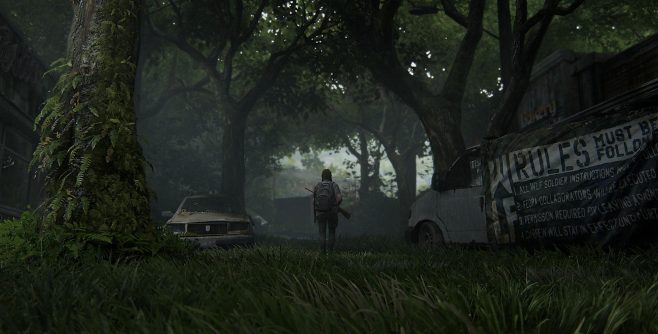 OK, brief, admittedly poor summation of the game’s plot over. What attracted me to this game was, one, being a huge fan of the first game, but also the way it’s messaging seemed to lean into this cycle of trauma, grief and violence. When I reached out to the game’s publisher, Sony, for a review code, it’s what I told the PR person I wanted to investigate. Full disclosure, by the way, my copy of the game was provided to me by Sony.

The game I played was one of absolute brutality. The game is violent in a way I’ve never seen in a videogame before. It’s bleak, nihilistic and angry. And when the credits roll, things don’t get better. If anything, at the end of Ellie’s run, they’ve gotten so much worse. I understand and can’t fault anyone for being turned off by this. It’s a lot. But I loved it. That was my life.

Addiction, and definitely OCD, is just a series of cycles. You go through the same thoughts, memories and actions. They all fuel each other and feed into each other. OCD getting bad? Making you think about all the bad things you did in life that you can never take back? Here’s a big 24 ounce can of Olde English 800 that will make those thoughts go away. When that one’s gone, there’s five more in that plastic bag right over there. When you wake up tomorrow and your hangover makes those thoughts and anxieties that much worse, no fear, rinse and repeat. Next thing you know, five years have gone by and you’ve been running in place, going nowhere but further and further down.

Ellie’s journey specifically is one of increasing violence. Blood will have blood. Ellie continuously goes against all her loved ones, putting them directly in harm’s way, to continue her, ahem, addiction to vengeance. It’s no different than my life as an addict. With hindsight, I see and remember all the times people tried to get me to stop drinking, all the times I ignored them and kept drinking, and the absolute mayhem I caused in my life and the lives of others. I put my life in danger too many times for my addiction, almost died more times than I want to admit, and still just kept going. It was a form of self violence. I was torturing myself. For years. Much like Ellie, I couldn’t stop. I saw myself in her, and that was hard.

But it was cathartic. I don’t need to be coddled, eased into my memories of addiction. Besides, OCD doesn’t allow that; it makes them hit me like a ton of bricks with no warnings, sometimes causing me to lose an entire week to debilitating anxiety as the thoughts and memories repeat ad nauseam. The Last of Us Part II was kinda like that for me. It was a cruel reminder of where I came from, and where I might go if I decided sobriety was no longer my path. It wasn’t a gentle message. It was a loud, horrific, bloody phone call that screamed into my ear that I can’t go back to that way of life. In that way, I appreciated a lot of the things people hated about this game. I looked into The Last of Us Part II and I saw myself. I’m not really sure I’d wish that on anyone in the world, all things considered, but what I saw was necessary. You go up, then you go down. Up, down. Up, down. Over and over, ad nauseam. Until you don’t anymore. I’m just glad I survived the ride.