One scene in the visual novel Butterfly Soup really struck a chord in me. Diya, an Indian-American teenager, was astonished at the sight of a parent chatting with his kid about the intricacies of baseball—that is, having an actual, civil conversation that didn’t involve the parent berating his child. For a moment, she pondered the probability of having such conversations with her own parents, and then quickly decided that’s never going to happen; most of their exchanges typically wind up as lectures about her misbehaviours. This scene may seem like a trivial idiosyncrasy of growing up with strict Asian parents—and an experience I can attest to having even in my adult years—but watching it play out on my monitor left an inexplicable twang in my chest.

What caught me by surprise is the game’s startlingly accurate depiction of an Asian childhood. It was almost as if the developer herself, Brianna Lei, has been through both the pivotal milestones and inconsequential moments of my life. I see flickers of my childhood in the characters’ experiences—from the astronomical expectations Noelle’s parents have of her, to her parents’ severe disappointment in Min-seo’s less-than-feminine hobbies and appearance—and these resonated in a manner that brought both relief and a vague sense of melancholy. Especially heartening, too, is how Butterfly Soup also feature two protagonists of Indian descent—a far cry from the lack of ethnic diversity in the movie Crazy Rich Asians, which boasts of similar attempts at inclusivity. Back home, Indian characters are often reduced to mere caricatures; this is encapsulated by a recent ugly controversy about a local Indian actor who was pressured into putting on a highly-exaggerated accent during an audition, done at the behest of the casting director. 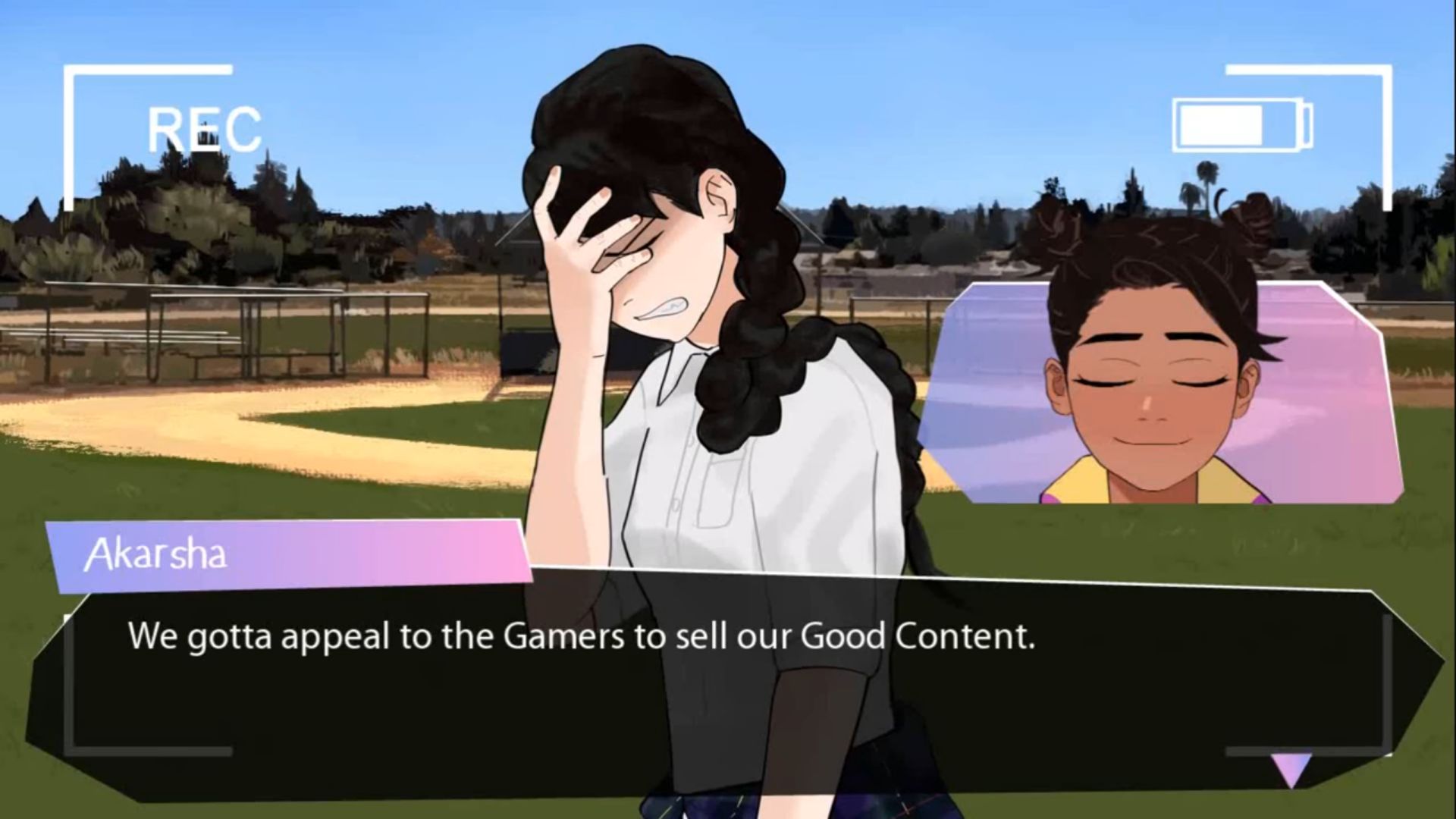 But more than just a reflection of Asian experiences, Butterfly Soup is also a kaleidoscopic narrative about the Asian-American identity. For instance, the humor behind the teenagers’ insistence that no one looks like them on television because “their Asian parents won’t let them be actors” hold subtle contextual differences for Asians and Asian Americans. Both Asian and Asian-American parents obviously see the arts and humanities disciplines as mere frivolities—my mother, for instance, was more than just a little disappointed when I failed (not “Asian failed”, mind you, but just “failed”) my science exams—but it also refers to the anomalous disconnect of Asian Americans who don’t see any people of color on screen, even though they may be surrounded by a community of mostly other Asian Americans. Grappling with this sense of otherness, a sentiment shared by many Asian Americans, can feel oddly paradoxical, like cultural orphans who can’t wholly embrace their identities because they cannot fully get a grasp on them. It’s an experience that is largely foreign to me as a Chinese Singaporean, but it’s still one I can deeply sympathise with.

All these nuances only point to Butterfly Soup’s eloquence with its delightful portrayal of Asian identities, which come in plenty more shades than just yellow. Persisting as a bold, radical inversion of what a videogame should be, it dispenses with the need to trumpet its message of diversity with bombast, instead letting its colorful cast of Asian American heroines express themselves completely, utterly comfortable in their own skin.