This is an excerpt of the cover story from Unwinnable Monthly #131. If you like what you see, grab the magazine for less than ten dollars, or subscribe and get all future magazines for half price. 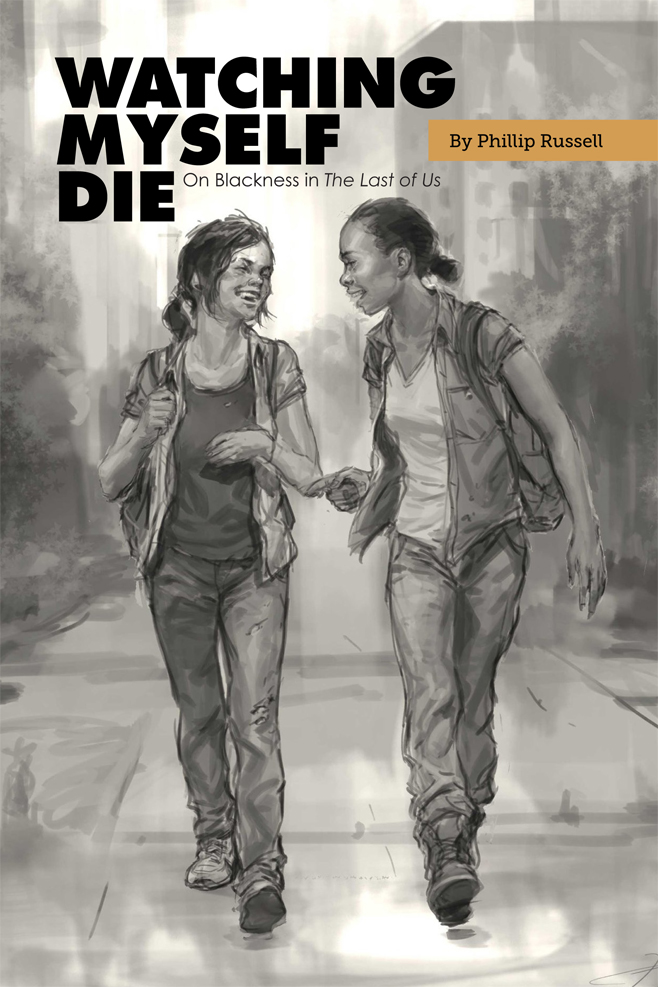 It’s 2013. I’m sitting in my dorm room with the lights off, transfixed on a television screen illuminating my brown skin in a white glow. Somewhere, states away, Barack Obama is president and the thought of that fills me with warmth. I feel represented. A Black man in the whitest house. I am playing Naughty Dog’s most recent release, The Last of Us, and Joel and Ellie just met Sam and Henry. I see myself in these two Black men. I want to play as these Black men, but since I can’t, and because Joel and Ellie’s adventure relies on following them for a little while, I keep plugging along in my play session because I need to see where they end up. When Henry turns into an infected and Sam kills him before taking his own life, it does not feel surprising, it feels inevitable. Despite those sentiments, I can’t help but feel happy to be seen on the big screen.

As I approached the final moments of the game, I watch Joel kill Marlene in a final act of retribution against the Fireflies. It’s shocking. A cruel end for a character we barely see outside of her role of bookending Ellie’s adventure. Of course, there is plenty of debate as to how we are to see Joel’s actions in the game, rumblings of whether they were justified or not. I’m not interested in that. I’m lingering on that final moment with Marlene, wondering why they keep killing us. Despite those feeling at the time, overall, I loved the game. I raved about it to my friends. I played it again. I yearned to know what would happen next for Ellie and Joel.

The year prior to The Last of Us’ release, Trayvon Martin was murdered by George Zimmerman. While the insatiable appetite for Black death in America was nothing new to me by this point in my life, Trayvon’s murder flipped my world upside down. The concrete reality of what happened to him – being stalked and murdered for walking home with a bag of Skittles at night – felt like an experience I could have had in various permutations throughout my life.

In 2014, The Last of Us: Remastered released on the PlayStation 4 and I played through it and the “Left Behind” DLC on “Grounded” difficulty. There’s so much to love in this DLC, the relationship between Riley and Ellie feels heartfelt and well-written. The nonlinear temporality of the narrative was new for the series, and the introduction of fights that mixed humans and the infected was striking. When Ellie and Riley both get bit by an Infected, I knew what was coming. Riley had to die in order for Ellie’s to realize she was immune to the virus.

That same year in real life, Eric Garner, Michael Brown, Tamir Rice, Kendra James and many more Black people had been or were soon to be murdered. Sending shockwaves around the country, largely to white people, about the immensity of injustice and terrorism Black people face daily. While watching television, or scrolling through my social feeds, or listening to the radio, or playing videogames, I recoiled at the constant reminders of Black death in America.

My body, which once felt safe suddenly felt marked for death as I navigated the world outside.

Phillip Russell is a Black writer based in Seattle, Washington, who is interested in race, masculinity and representation in popular media. He holds an MFA in Prose writing from the University of Washington and an MA in Nonfiction writing from Ohio University. His work has appeared in Fanbyte, Into the Spine, Entropy Magazine and more. You can find him tweeting @3dsisqo.

You’ve been reading an excerpt from Unwinnable Monthly Issue 131.