Fans who profess to love a thing but obviously hate it (as well as hate the people who make said thing) are prevalent in pretty much every industry and medium. Even toys. Specifically, Transformers toys. Oh my god, I’ve only been back on this collecting kick for a few years and I’m already sick of seeing people piss and moan about how “Hasbro is just being cheap” or “Hasbro is so lazy.” Here’s the thing: they aren’t lazy or cheap – they’re a company, and companies need to make money.

Before anyone starts, I’m not saying Hasbro hasn’t made and doesn’t still make stupid decisions. I’m looking at you, Crash Combiners. But so many of the accusations of laziness or cheapness are just… like… that’s not how things work, why would you even think that? Granted I’m not an economics expert (or even an acolyte), but come on, these things cost money to make. You have to pay to design them, to rework those designs, to produce prototypes, to produce molds, for the raw materials, to mass-produce them, to package them, to market them and to ship them. Let’s also not forget that Hasbro doesn’t just produce Transformers – they own the rights to a lot of other properties, and have to pay a ton of money to get a bunch of those toys in stores as well.

Also worth remembering: Hasbro has multiple lines for Transformers alone and, aside from the Masterpiece line, pretty much all of them are marketed towards children first and foremost. You can’t seriously think something intended to be a child’s toy needs to be collector quality, do you? Because that’s super unreasonable.

Yes, I will admit that when you look at Transformers from 10 years ago, the plastic feels more solid, there are fewer obvious gaps that show off hollow bits in the limbs and ratchet joints (which require multiple parts as well as springs, making them more expensive than a simpler balljoint or mushroom peg) are more prevalent. However, things change and it’s been a decade. This stuff is more expensive to make and distribute, the company is still juggling a ton of intellectual properties and shut up. 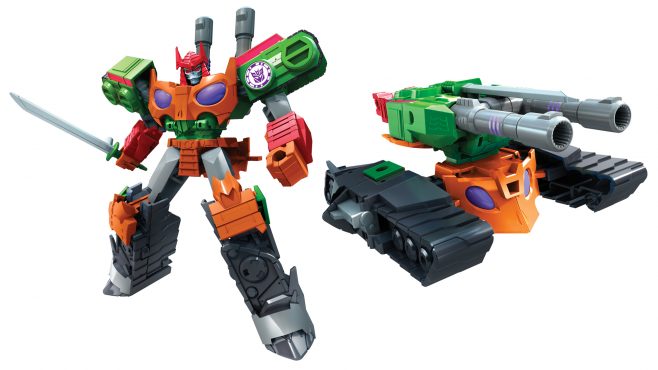 You know what really makes me think Hasbro, for all its faults and missteps, does still care? The engineering and the fan service. Despite, in most cases, the inarguably superior third-party figures that cost like three times as much so of course they’re going to having thicker plastic and higher parts-counts, a lot of recent official figures have pulled off some rather genius engineering feats. From the brilliant simplicity of Combiner ports to the triumphant return of said Combiners, Head Masters and a slew of fan-favorite characters who haven’t seen a proper toy since the first Bush was president, it’s obvious. At least it is to me.

Mistakes have been made, and they always will be when you’re dealing with a toy line spanning decades. Corners have been cut, though I’d argue it’s more out of necessity (gotta turn a profit, you know?) than any sort of malice. At the end of the day, Hasbro is a company and a company can’t sustain itself by improperly budgeting itself so that your toy has a little more paint on it or incorporates a bunch of die-cast metal. If that’s what you really want, then you’d better be prepared to cough up way more than $20-$50.

Rob Rich is a guy who’s loved video games since the 80s, and has had the good fortune of being able to write about them. The same goes for other nerdy stuff from Anime to Godzilla, and from Power Rangers toys to Transformers. You can catch his occasional rants on Twitter at @RobsteinOne.