When it comes to LGBT rights, Japan is relatively progressive by Asian standards. However, the country has still set a ridiculously high bar for transgender people to legally change their gender. Part of the requirements for gender reassignment surgery is compulsory sterilization, which is “to not have gonads or permanently functioning gonads”—a procedure some transgender Japanese were forced to go through so they can live as the gender they identify as. While cruel and thoroughly unnecessary, plenty more obstacles abound; transgender individuals also have to be at least 20 years old, unmarried, and without minor children —the latter being enforced because sex changes are deemed too perplexing for kids, and to avoid accidentally affirming any same-sex marriages.

These harsh laws have made living as a transgender person even more arduous, and their implications are can be keenly felt in One Night, Hot Springs, a visual novel about a transgender woman named Haru. Invited by her best friend Manami to spend a night together at the hot springs, Haru attempts to navigate the experience with as little awkwardness as possible. Since the bathhouses in Japan’s hot springs are strictly separated along the gender binary—which means there are only either male or female rooms—this can feel particularly uncomfortable for most transgender people, many of whom already actively avoid changing areas. In light of these restrictions and societal pressures to conform to conventional gender identities, this makes a typically leisurely activity of soaking in the hot springs an undertaking fraught with difficulties and dread.

As with most countries, it’s not easy being transgender in Japan; transgender kids are often teased for their gender expression and gym classes are a landmine to traverse, since transgender students are made to change in locker rooms of their assigned gender, which is deeply uncomfortable. And without explicit medical diagnosis, they are unable to extract themselves out of such situations. This isn’t helped by the skewed representation of LGBT+ Japanese in the media—a fact that KC, the developer behind One Night, Hot Springs, is quick to point out. “I find that sometimes when people outside of Japan look in, they only experience it through very mainstream media that sometimes don’t represent LGBT+ people very well, but there are a lot of LGBT+ people here too struggling in the same ways that LGBT+ people do elsewhere.” 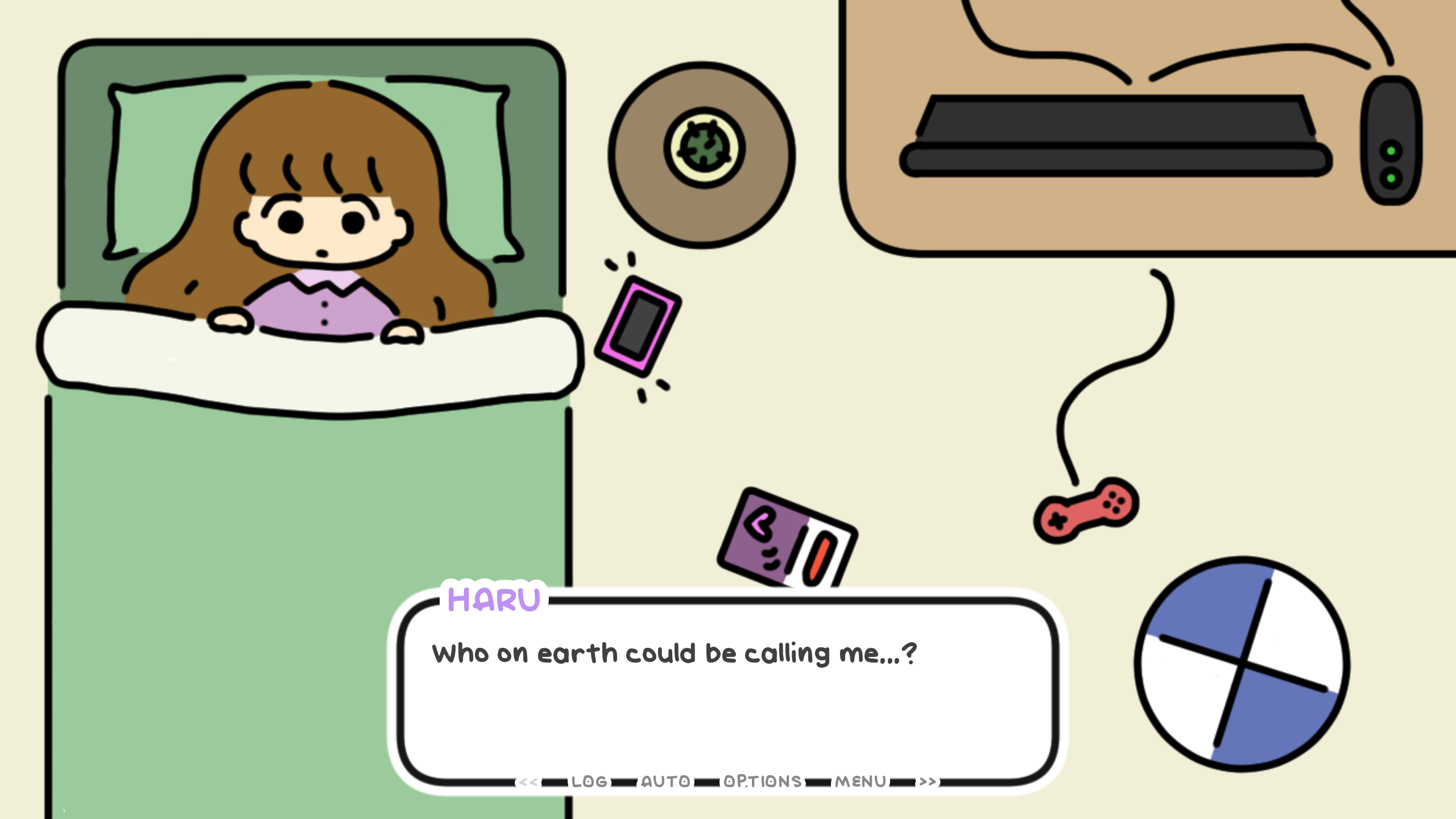 These are enough to set off a barrage of anxiety attacks, and a lifetime of bullying and rejection has made Haru from One Night, Hot Springs wary of being in such vulnerable circumstances. Yet, the game takes utmost care in alleviating the tension in every scene with an affable and compassionate cast of characters. Aware of Haru’s transition, Manami often looks out for Haru’s well-being, at times even worrying a tad much about how her own friend, Erika, interacts with her. And while seemingly abrasive at first, Erika eventually reveals that she’s more big-hearted than what she initially appears to be. There are more pleasant surprises tucked away in the game’s story, but even its worst endings—if we were to simply categorize them as bad ones—don’t end up in tragedy; instead, they’re just gentle reminders that you can try again to unlock better conclusions.

This rare optimism in transgender narratives is refreshing and inspiring, which is what KC wanted to accomplish. “I didn’t want the game to be too heavy or dark because there are already too many games out there with bad endings for LGBT+ people,” shared KC. “I wanted to approach the topic in a way that would leave players with a lighter heart after they finished playing. and give everyone a chance at a good ending.” Be it in movies or videogames, transgender stories sometimes veer on being tense and overwrought, or with its themes even framed as a central conflict for its cisgender characters to overcome—turning these very real transgender concerns into an opportunity for their character growth. On top of dealing with derision daily, these characters also have to grapple with tragedy and death. Not only does the sore lack of positive experiences feel depressing, but seeing this trope invoked so regularly does make it seem like tragedy is the only viable narrative option for transgender characters.

In her attempts to subvert this trope, KC was relieved that the response to One Night, Hot Springs has been largely positive. “Everyone’s comments and reviews have been incredibly positive, and I’ve had people send me messages about how they can really relate to Haru, or how they’ve had similar issues themselves but hadn’t been able to get a “good ending” as such during their real-life experience,” she said. “I think it’s less that the game makes feel people better—though I hope it has!—but that people enjoyed having the chance to see a character who has the same struggles as them represented in a game.”

Much like what “San Junipero” from Black Mirror did to upend this trend, One Night, Hot Springs does this too by approaching the subject through more light-hearted and hopeful lenses. Not only was I able to understand a little more about Haru’s fears and apprehension, I was also heartened to see that even the game’s worst ending doesn’t turn into a catastrophe for a character I’ve grown to become very fond of.

If you wish to find out more about LGBT+ issues in Japan, the non-profit organization ReBit helps the community find jobs, while providing educational materials about sexual minorities. Find out more here.

The Problem With Apu