I used to look everywhere for Princess Leia: on television, in videogames and in the aisles of K-B Toys. In 1995, Walmart rewarded me with one hideous action figure that seemed to take into account no aspect of Carrie Fisher’s appearance. Later, I learned this became an infamous collectible, sometimes called “Gorilla Leia” or “Monkey Face Leia.”

In 1995, my dad brought a Dark Forces CD-ROM home from Office Max. A first-person shooter set against backdrops ranging from sewers to space yachts, the game acts as prequel to Star Wars: A New Hope, following defective Imperial officer-turned-Rebel-mercenary Kyle Katarn. Katarn’s mission is to steal the plans for the first Death Star from a secret Imperial base.

In the mission briefing, Senator Mon Mothma tells Katarn, “Once you have the plans, get out immediately. Operation Skyhook will deliver the plans to Princess Leia, on the consular ship Tantive IV. She will then continue the mission.” My young heart thrilled at the intel. Of course, I knew what happened when Leia continued the mission: A New Hope happened.

I could project so much on such a short period of time. I thought about the post-mission celebration: would Leia present Kyle Katarn a medal like the ones she gave Han and Luke? Or would Katarn fuck off into space like a true mercenary?

Eager to find out, I navigated through the Imperial base (with occasional help from my dad), and retrieved the Death Star plans. After Katarn makes his escape, a voiceover says, “Kyle delivers the plans to the Rebel Alliance. Soon afterwards, the Death Star is destroyed.” Then, we’re delivered into a cutscene introducing the new Big Bad, Imperial General Rom Mohc.

In the game’s final mission, Kyle poses as a smuggler and gets onto an Imperial starship, where he defeats the Big Bad. Senator Mon Mothma presents Katarn with a Star of Alderaan. Don’t get me wrong, Mon Mothma is cool – but the Princess/General of My Heart is nowhere to be seen. The credits roll. 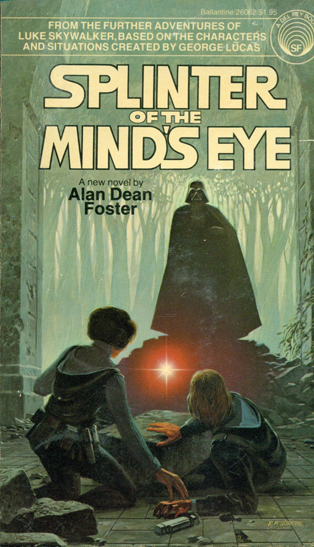 Leia appears in many Star Wars games I haven’t played – including one or two that existed during my childhood: the Star Wars platformer where Leia can replace Luke during gameplay (1991), Shadows of the Empire (1996), LEGO Star Wars (2007), The Force Unleashed (2008), Battlefront (2015), Rivals (2017), et cetera. Oh, and in the probably not licensed by LucasArts dress-up game on GirlGames.com, Princess Leia: Good or Evil? (I picked evil). But I didn’t have those games or those platforms as a kid; I had MS-DOS and Kyle Katarn.

To be clear, I never played any of the other games in which Katarn appears, nor have I read any of the expanded universe novels where he appears as a close friend of Luke Skywalker. My friendship with Katarn is based solely on his first appearance in the Star Wars universe, the original Dark Forces. Kyle and Leia probably did meet, I just never knew about it. For all my obsessiveness about the original trilogy, I never delved too deeply in the expanded universe. I read a few comics and junior novels – Zorba the Hutt’s Revenge, for example, because it had Leia on the cover; Splinter of the Mind’s Eye because it had Leia on the cover.

Over the course of Dark Forces, Kyle Katarn and I developed a friendship – hesitant at first, but ultimately real. I liked his jacket, his surliness, the screams he emitted on falling to his death (I misremembered this as the Wilhelm Scream, but apparently LucasArts used the lesser known “Howie Scream” or “Screams 3; Man, Gut-wrenching Scream And Fall Into Distance,” recognizable from The Princess Bride and AAAHH!!! Real Monsters).

As I continually got killed by cephalopodic dianogas (a.k.a. the trash compactor monster from A New Hope) in Anoat City’s nasty sewers, I realized that although I cared about Kyle less than Leia, he and I had been through a lot more together. We’d waded through sewers, rescued some nerd from a prison planet, destroyed an ice station, fought Boba Fett and been murdered by countless stormtroopers.

And I respected Katarn.

When Mon Mothma describes a new threat and asks Katarn if he’s still on the Rebels’ side, an uncomfortable pause ensues. Finally, Katarn replies, “This could be interesting. All right, I’m in.”

A Time To Kill