Just as summer stirs cicadas from their slumber, the warmer weather seems to loosen the bonds between what’s possible and impossible, cooking our brains just past the point of coherence. Perfectly Ordinary Ghosts lives in this threshold, begging the question: What will you make of that shadow in the corner of your eye before it slips away? And at what point do the memories cushioned deep, deep in the corners of our homes begin to take on a life of their own?

In Victoria Smith’s short piece of interactive fiction, a suburban home is haunted by half-seen horrors and the ghosts of memories past. Players tour its halls at their leisure, free to wander back and forth endlessly as each room is brought to life through the vernacular of a gothic horror novel. True to the genre, every moment feels like one hair trigger away from devolving into the supernatural, like you’re frozen in that near-hysterically held breath before a jump scare.

The home smothers a New Zealand hillside, where a distant twinkle of city lights mark the only other living souls. I can’t help but read a certain antiquated femininity into the home’s descriptions, as each room is defined first either by its clutter or what tidying up has been done. Like a kitchen “respectably scrubbed,” characterized by its lack of mice rather than recollections of saccharine family meals.

Rarely is there a window or mirror left uncovered. Some the narrator intentionally blocked with thick, velvet curtains or white sheets; others obfuscated by scum and their signs of neglect. “Look too close and you can see outside,” she warns (I failed to imagine them as anything but a “she”). Just as a layer of white paint chokes nearly every wall, a veneer of stoic perfection covers the place like dust, hiding what ought not to be seen.

As you explore you find paraphernalia of how this perfectly ordinary place came into possession of its perfectly ordinary ghosts. Like an invoice for the sole succulent on a window sill, an itemized list of every variety of paint on the walls, or rules to avoid locking eyes with the dark shape in the mirror. 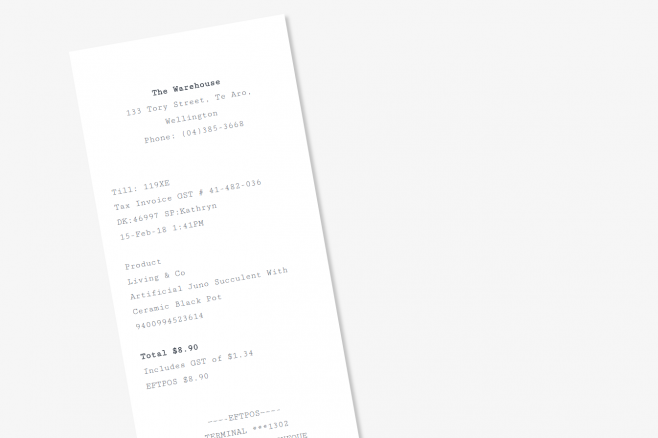 These ghosts aren’t defined by any ghoulish specter (though some possess that as well), but rather by the impression of a memory that’s been given life once more as the narrator moves about her home. In Smith’s artist statement, she traces some of her inspiration o the works of Michel de Certeau. He suggests that the places we visit often enough, those that comprise our daily environments, don’t remain unaffected by our being there. Instead, they store the memories we form and ultimately leave behind.

“When we map these memories to the spaces around us they get defined by what is absent,” he claims. “Go on for long enough we see these memories turn into legends and folklore and haunted places.”

In a play on this idea, some of these same memories in Perfectly Ordinary Ghosts truly earn the name “ghost.” Staring at her blinds, the narrator recalls the many times she’s rushed to pull them closed against the frightfully human shape outside. Other times she faces the bumps in the night head on, staring out the window as she brushes her teeth or tends to her makeup, daring the monster she swore she saw for a split-second to show its face again.

For the most part, though, these visions exist in perfect limbo, caught between not knowing and keeping oneself from knowing, so as to keep their stories alive. “Always close the door. You don’t want to see something behind you. Even if it’s there.” Especially if it’s there, remains unsaid.

It’s a subtle nod to the literary history of loneliness among women. The story of the archetypal housewife confined to the four corners of her home, crafting tales from her surroundings as much to express herself as keep her mind from descending into madness.

“Always close the door. You don’t want to see something behind you. Even if it’s there.”

The narrator confesses to such delusions and the possibility that they could be fueling her frightful sights. She details the hallucinations of loved ones and creatures she had before moving to their new home. Her memory, too, is up to interpretation. As she admits without chagrin, she’s not above purposefully altering recollections when the truth was too inconvenient to remember, such as retelling moments of past embarrassments in her favor.

And with this self-gaslighting, the frantic knocking at the window transforms back into a lone moth trying desperately to reach moonlight. The towering shadow in the corner of her room becomes a houseplant. It was always just a houseplant.

And yet, the way she describes Perfectly Ordinary Ghosts’ final location, the ominous “End Room,” suggests we should take these explanations with a grain of salt. “The thick grey carpet lies like loose skin over the floor, wrinkled in the middle. The heat is magnified by the walls filled with thick insulation, like soft, pink intestines.” Though empty, the room oozes life – real or imagined is up to the player’s judgment.

“Perhaps I should get yellow wallpaper,” the narrator muses in a nod to the author Charlotte Perkins Gilman. Her short story, “The Yellow Wallpaper,” is lauded as gothic feminist literature, a somewhat autobiographical narrative of how being homebound affects a woman’s psyche.

One quote weaves these themes of mental “ghosts” and gothic Victorian feminism beautifully. The narrator calls the End Room: “A vacant room never used to its full potential. A sign of a future that could have happened, but never did. Without a past to be anchored to it splits off, leaving fragments of itself scattered.”

How Smith chooses to convey her story becomes particularly poignant with this message in mind. To convey inarguably female spaces, she opts for words, not images, the tools historically used by oppressed women to mark their stories for the world to see. To extend their lives beyond their immediate surroundings so that their memories, too, can haunt our consciousness after they’re gone.

As Smith writes: “In the summer when the ghosts come again you’ll misremember it all into words on a page. It’s cheaper than therapy and you’re honestly over it now.”

Where Are the Disabilities in Visual Novels?