Imposter syndrome is a hell of a drug. Why believe in yourself when you could just suffer? If you’re blessedly unfamiliar with the concept, Urban Dictionary defines “imposter syndrome” as “when someone who believes their own accomplishments were simply because of luck, tricking others into thinking they are intelligent, or timing. When in reality they did them on their own.” Very wise, Urban Dictionary user OlePapaBear, thank you.

Constantly feeling like an imposter sucks, whether you’re a writer, an artist, or, I don’t know, a Pict warrior.

In Ninja Theory’s 2017 action-adventure, Hellblade: Senua’s Sacrifice, a Pict warrior named Senua descends into Helheim – the underworld of her Northern enemies – to rescue the soul of her dead boyfriend. The boyfriend’s skull bounces at her side, hanging off her belt so she can stick the soul in there once she finds it.

But arguably the game’s most interesting attribute is not its Orphic storyline or goth aesthetics or exquisite motion capture, but the internal voices that plague Senua throughout the game. Senua suffers from psychosis, a mental condition whose symptoms can include visual and auditory hallucinations. Ninja Theory attempted to reflect Senua’s mental health in a way that felt accurate rather than exploitative – so as not to further stigmatize these often misunderstood experiences – by working with experts in the mental health field as well as people with firsthand experience of auditory verbal hallucinations. Sound designers used binaural audio, “where you can position the voices in space,” then allowed voice hearers to listen to different audio tracks and choose which felt more authentic. 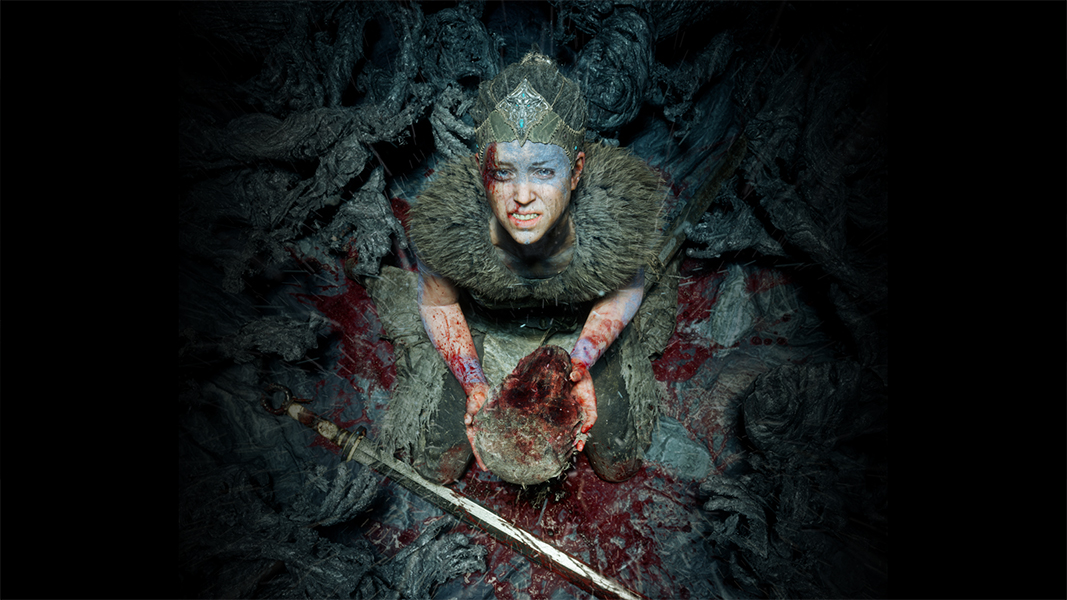 For the player, this means that whispering, hissing voices in 3D stereo sound constantly undermine your every move – both in actions you can’t control (descending into Hel) and those you can (fighting tactics).

“You’re not a warrior, you’re a disgrace.”

Not to mention the voices are constantly laughing. Hearing this while trying to fight demons or solve puzzles is incredibly unnerving and, needless to say, discouraging. But what I kept thinking as the voices went on – “worthless, weak, pathetic” – was how similar they sounded to my own imposter syndrome.

Every time I sit down to write something – and as I write this now – I wonder how anyone is letting me live this way? It doesn’t matter that no one “lets” me write anything. I used to write for fun, then I wrote for free, now I write for money (except for when I don’t), and also do other things for money. Logically, I know that no publication would print my work out of kindness, or pity, but that doesn’t matter. What matters is that every step of the way, I wonder if my editors and publishers don’t have some ulterior motive for “letting” me write for them, because deep down I know, and everyone knows, that I’m a fake. I put words to screen and dick around on Twitter and play games and have I mentioned that my graduate degree is in library science? According to me, none of that adds up to “writer.” And every time someone does question or undermine my work – whether to my face or via subtweet – their assertions feel familiar rather than insulting.

Obviously, imposter syndrome isn’t psychosis (though neither of the two are mutually exclusive). But Senua’s psychosis manifests in a way I think everyone can relate to – as self-doubt. 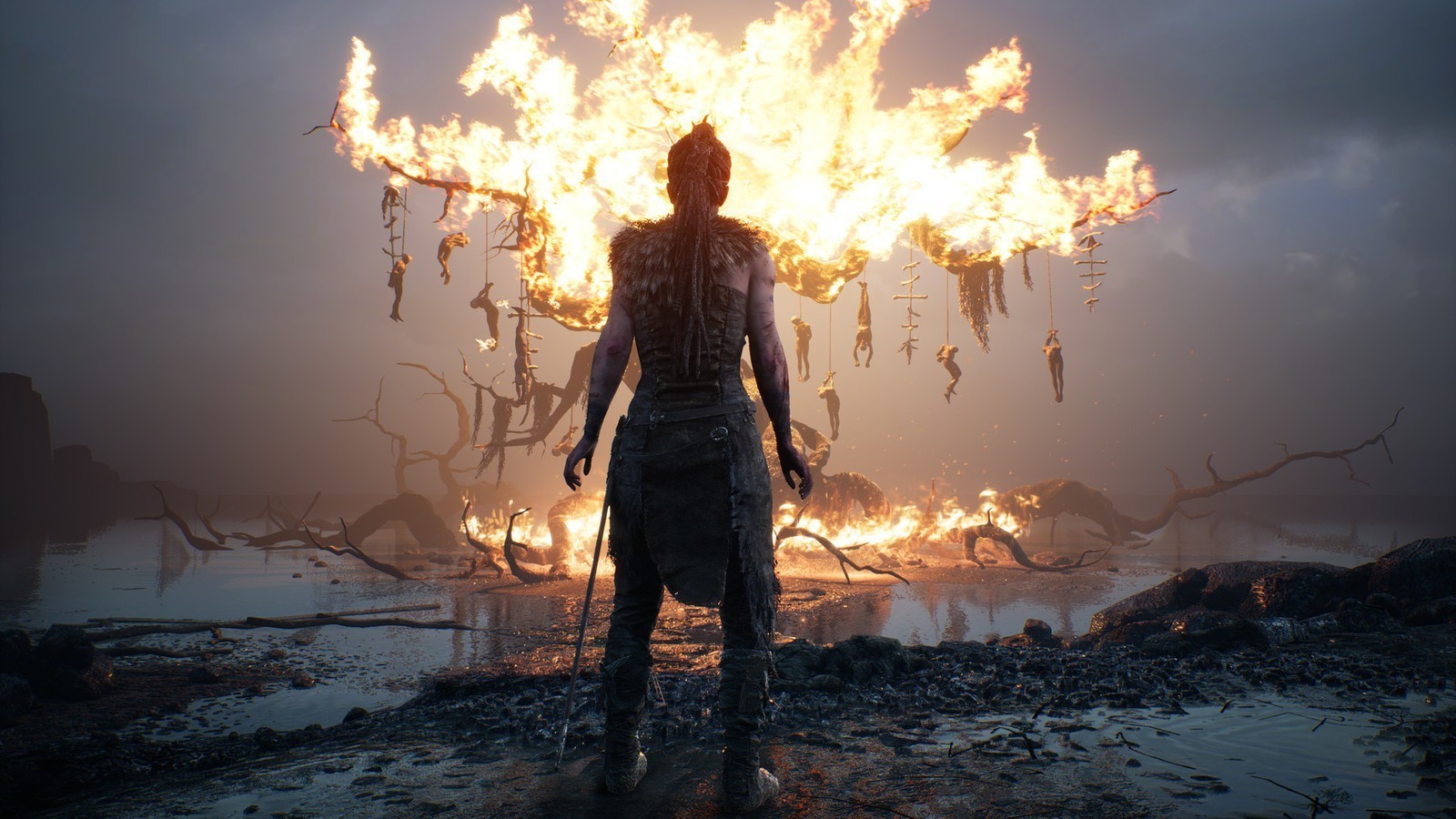 As Senua moves toward her journey’s conclusion, she pushes back against the voices, railing against them, fighting her way into self-knowledge. One of Senua’s darkest and most vivid auditory hallucinations is her father’s voice, blaming Senua for the voices she hears: “This is what happens when you listen to the voices of the underworld. They crawl into your soul and rot you from the inside.”

Whether or not imposter syndrome stems from real people in your life – family members or “friends” or exes – it becomes part of you. Intellectually, it’s easy to tell yourself to shut off the chatter, look at your accomplishments, believe in your worth, but how can we listen to ourselves when we don’t trust ourselves in the first place?

Some things can’t be defeated, not entirely, and in those cases, there’s nothing to do but keep beating the darkness back. In Hellblade’s final cutscene, Senua confronts the dark goddess at Helheim’s heart. “You’ve crawled into me, to confuse me and deceive me,” a blood-soaked Senua says, on her knees before the goddess. But finally, to the unassailable immortal and all the voices that she represents, Senua whispers, “You will have no power over me.”