Boiled down to its most concentrated aspects, the “Nemesis” system is two things. First, a method for people who kill you to gain prestige. Second, a way for those who survive encounters with you to gain attributes.

The reason it fails is twofold, first, there’s no accountability. The game wants you to slaughter everyone you can find. Second, it only applies to enemies. It doesn’t hand it over to the other denizens of Mordor, the innocents watching you ravage and slaughter.

But what if you were held accountable for everything? What if it applied to everyone?

What if you were a hero trying to exist in a world where every NPC could become something more than a face in the crowd? Imagine being a young person trying to stop crime dressed as a nocturnal animal? Chinchilla Person’s failed missions could result in the creation of their rogues gallery. Their successes could inspire others to join in their crusade. By the end of your game you might have amassed a veritable Justice League worth of allies and a Legion of Doom of secondary enemies all before you head to the final battle. And even then, why does it have to end? The super hero cycle is endless.

What if any game forced you to own up to the potentially thousands of people you may have wronged? Sleeping Dogs never held you accountable for the cars you stole. Watch Dogs never asks you to do anything with all that petty cash you took. What if people came after you because you’re an asshole? 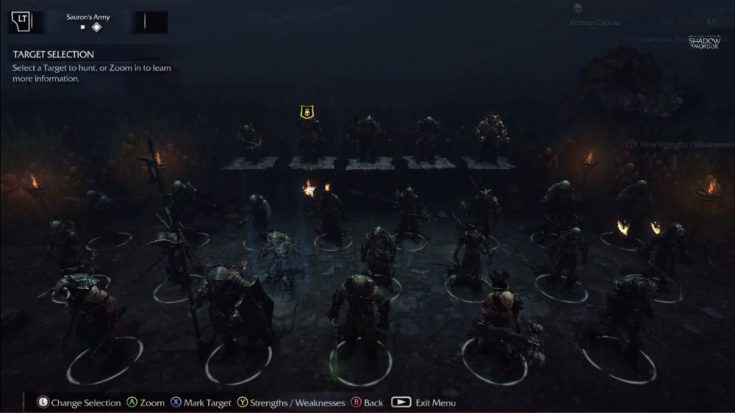 What if favors granted didn’t just end up being purely transactional? Mass Effect 3 made a big show of how even the little people chipped in to help stop the end of all life as we know it but what about all those other NPCs? What about all the people I’ve given supplies to or saved from bandits? What if they remembered your good deeds and it mattered?

Games like Fable have attempted to make decisions matter, but I’m not talking about decisions. I’m talking about ecosystem. The Nemesis system opens interesting angles to how we think about ourselves as beings operating in fictional worlds. At least, it should.

That’s why it’s so disappointing to see it get trotted out again as “bigger/badder” of the same. We don’t need another fantasy murder simulator. We need a game that asks us to do a simple job and deal with the spiraling consequences of a simple action.

Running around open worlds exerting our influence is all well and good but when will a game push back on that influence? No more fake moralizing or “light vs dark” choices, it’s time for something to bump back for all the times we’ve been the terror in the night.