In the song “Use Me,” Bill Withers muses that if his worried brother only knew how good it felt to be used by a particular woman that his sibling would wish that he was in his shoes. Rhythmically, the master musician speaks of the complicated situation that develops when one lover’s ability to respect their self-worth is obliterated by passion.

My friends (or, more accurately, members of the online gaming community) warned me that this might happen. They said that designer Jonathan Blow’s large-world puzzle game would test the very limits of my intelligence and reasoning. These warning fell upon deaf ears. I had played challenging digital puzzlers in the past, such as The Talos Principle and Myst, and had come away largely unscathed. What could The Witness throw at me that I hadn’t seen before?

The short and painful answer to that question would be an enthusiastic “everything.” In The Witness, nearly everything you see is a puzzle or a potential puzzle. With very few exceptions, the game offers no real indication as to which parts of the world are a puzzle or where you even begin to solve them. It’s best to know this going into the game, otherwise, you run the risk of wandering the island aimlessly haunted by a sensation similar to leaving several stoves on.

Then again, knowing the premise of The Witness ultimately doesn’t mean much. Puzzles in The Witness are designed to break you. They’re similar to a Dark Souls’ boss fight in that way. The difference is that The Witness cannot be bested by repetition and technique. It can only be beaten by intellect. 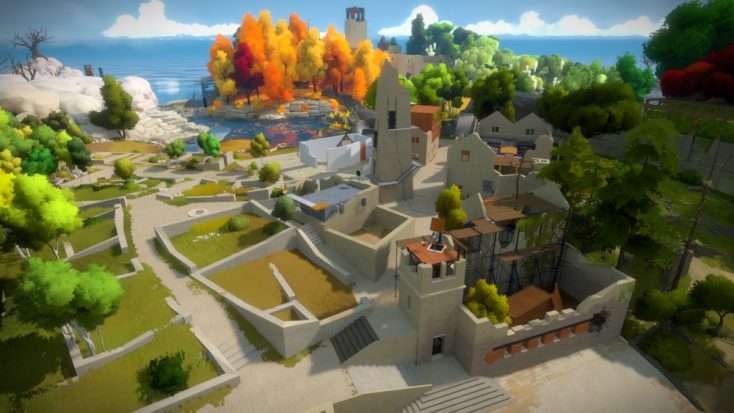 Shamefully, I must admit that I’ve solved relatively few of the game’s puzzles. Its wicked combination of discovery and problem solving is often more than I can overcome. Yet, the few I have solved leave me feeling both weak in the knees and strangely invincible. The sensation is inimitable, but it is also fleeting. Soon, I’m back to banging my head against the wall as the game’s mysteries toy with me.

This effect is not exclusive to The Witness – again, Dark Souls utilizes it well – but there’s something about a game challenging your intelligence that feels so much more personal. Call it hubris, but the way that The Witness lords its inherent intelligence over you makes you feel like the punishment it inflicts is somehow necessary. The game isn’t mistreating you, it’s trying to make you be the best you possible.

At least, that’s how I’ve been justifying the fruitless hours I’ve poured into the game. In my heart, I know that there are other games out there that will reward me more adequately for the time I invest in them. Perhaps they are not as complex or intoxicating, but they’re certainly kinder.

Sometimes, though, it really does feel that good getting used.