(To be fair, neither does Mario.)

But Carmack’s quote rings especially true when it comes to videogames that feature gameplay so ground-breaking that their plots are relegated to the background. Doom is, of course, one obvious example. Who cares about the origins of the demonic invasion when eviscerating as many grotesque beings as possible to a heavy metal soundtrack is the point of the game? The 2016 reboot even gleefully encourages more carnage and violence by introducing glory kills, which rewards players with precious health orbs when they perform a particularly gory execution. As a first-person shooter, Doom is mechanically magnificent, breathing life into a genre that has long been at risk of becoming stale. 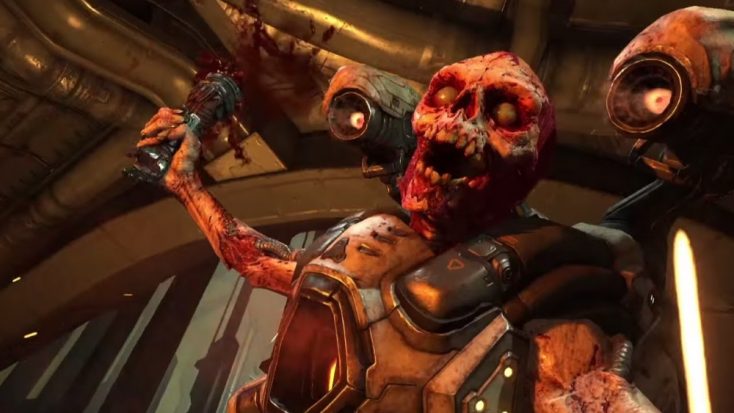 Superhot, another first-person shooter about achieving glorious kill streaks, has the same effect. It introduced a mechanic that ensured that time only moves when its players do, be it firing a gun or foolhardily rushing towards the line of fire, which allows players to dictate the pace of the game. Unlike other shooters, Superhot even afforded me the luxury to grab a sip of water as I artfully dodged a hail of bullets. While this time-dilating mechanic may appear to be the antithesis of shooters, a genre that usually thrives on high-speed action, Superhot still manages to inject an unadulterated sense of adrenaline into its experience. Even though its meta-narrative narrative is somewhat intriguing, it is ultimately derivative, offering a functional reason for players to keep progressing through the levels.

While gameplay has traditionally been the meat of most videogames, engaging narratives are becoming a key element of many critically acclaimed titles. In some cases, the latter has even taken precedence over gameplay in genres such as “walking simulators,” a disparaging term referring to titles that favor exploration over puzzles or combat. This includes games like Virginia or Dear Esther, where players become spectators to events taking place around them, instead of actively participating in them. Nonetheless, inventive gameplay is still what sets videogames apart from other mediums. It deserves closer examination in terms of its cultural context, and even its capacity to enrich narratives.