It is a dark time for the galaxy.  Emperor Palpatine has reorganized the Old Republic into the First Galactic Empire.  At first, the people of the galaxy are complacent in their new-found security, but things change.

In an attempt to quell growing unrest, Emperor Palpatine founded the Imperial Academy. Advertised as a place where farm boys and orphans could train to fight with the Imperial’s Elite Clone Army, it was actually little more than a deathtrap.

Star Wars Imperial Academy is a free First Person Shooter (FPS) for the iPhone and iPod Touch. It’s a pretty straightforward shooter that takes place on several classic Star Wars locations. The conceit of the game is that the player is a Stormtrooper trainee dropped in the middle of a do-or-die training ground.

Essentially, this game explains why Stormtroopers are such lousy shots.

The control scheme is adapted from PC FPS games like Doom, Team Fortress and Call of Duty, only the controls are on a small touch screen, giving the phrase “great shot kid, that was one in a million” a whole new meaning.

When playing classic Star Wars PC shooters like Dark Forces and Rebel Assault 2, the expanse of the keyboard was a friend to the gamer. The arrow keys moved you around and other keys helped you look up or down, fire or cycle through weapons. It was a very fluid and consistent system once the player got used to it. Of course you played as Rebels in those games, so hitting your target was essential to the central Star Wars story. 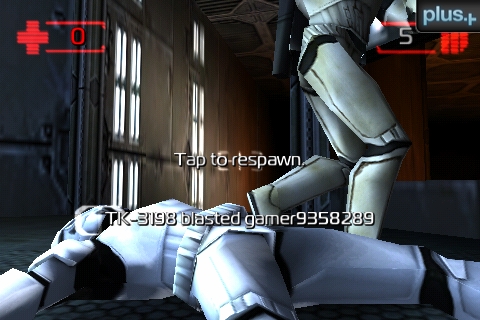 The controls in Imperial Academy, while they attempt to emulate classic FPS controls fall short due to their clunky design. I can’t tell you how many times I tried taking out another Stormtrooper only to be frustrated by an unresponsive turn or instead of looking around a corner, I wound up firing my blaster rifle prematurely, giving away my position!

Things aren’t any better on the iPad as the game isn’t resized for the much bigger Apple gaming platform… err… I mean tablet.

This is not the snark you’re looking for. 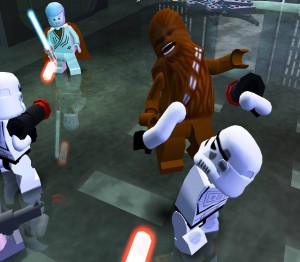 The results of my fat thumbs on the iPhone screen often ended with me staring at my Stormtrooper’s limp corpse, laying beneath Han Solo’s carbonite frozen visage which is also consistent with central Star Wars story. Remember, the Death Star Stormtroopers couldn’t hit Chewbacca. Yes, Chewbacca. He was a Wookie. He was in an enclosed space. He was HUGE!

Hmm… maybe this game is brilliant?

The level design Imperial Academy reminds me of Star Wars: Battlefront for the PlayStation 2. However, unlike that classic shooter/strategy game, there’s no co-op feature. The player is a Stormtrooper with a gun, shooting at other Stormtroopers.  There’s really no story except the implication that the Empire needed to thin the Stormtrooper applicant herd.

The game isn’t the worst thing on Earth though. It is fun to run around Hoth, blasting fellow Imperial goose steppers with reckless abandon (when the controls decide to work) and the level designs are pretty cool. I got a kick out of using Han Solo and the Rebel Snowspeeder as cover from some of the more hardcore Imperial cadets. 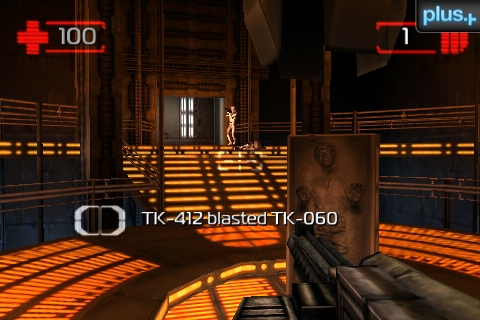 If you have some time to kill and want a Star Wars shooter, give it a shot. You can always delete it, and that’s more than you can say for your memories of The Phantom Menace.