The Gameplay army is led by some serious heavy hitters. Raph Koster, lead designer of Ultima Online, recently insisted that “Narrative is not a game mechanic” – arguing that story in most games is a form of feedback rather than an honest-to-God part of the game. And David Jaffe, famous for God of War and Twisted Metal, took the stage at DICE to proclaim that trying to cram stories into a videogame is a “waste of time.” I would like to respectfully disagree with both gentlemen. Games need story like movies need a soundtrack.

I’ll refer to another talk by respected game makers. Back in 2008, Kim Swift and Erik Wolpaw delivered a postmortem of Portal. One of my favorite bits of the all-around excellent presentation was when Wolpaw, the game’s writer, said he approached writing for games the way a composer would approach creating the soundtrack for a movie. The game is accentuated by the writing, enhancing the experience the way powerful music makes a movie all the more effective. Of course most videogames don’t need story to work. But imagine Portal without the plot or the writing – just a series of puzzles in a bland, characterless world. There would be no drama, no doubt and, most tragically, no laughs. Of course we all know the same to be true for movies. They don’t need a soundtrack to communicate the plot. All we need to do is see Luke Skywalker leave Tatooine, rescue Princess Leia and destroy the Death Star. But without John Williams’ score, Luke’s adventure would seem antiseptic, airless and not-entirely thrilling. 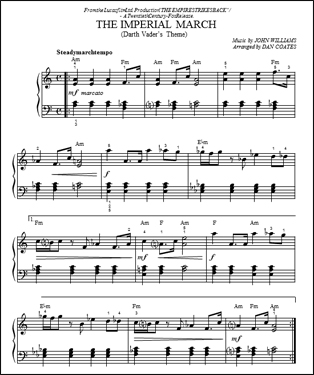 Where both Koster and Jaffe get tangled up is in the “game” part of the word videogame. They both consider themselves game designers, but they’re both also videogame designers. It is an important distinction, because videogames have games in them, but they’re not just games. Imagine a comic book creator saying that art is the only thing that matters in comic books. Of course, the ability to convey a story from panel to panel is massively important to the craft of the comic book. But writing is a vital ingredient as well. Sure, there are comics that do what they do with images alone. Antonio Prohías masterfully unspooled gags in his Spy vs. Spy comics for MAD magazine. But that approach wouldn’t serve a sprawling story like Katsuhiro Otomo‘s Akira. In order to tell that tale Otomo had to leverage the written word and sequential art. Maybe you’re seeing what I’m getting at.

All games do not need story. Tetris works just fine without some kind of lore behind the source of the Tetrominos. This game is proof that killer game mechanics can stand on their own. But not all game mechanics are quite so killer and once a mechanic has been around the block, story proves a potent way to prop it up. The first-person shooter, for example, has been done to death. If the mechanic was all anybody needed, folks would just download Counter-Strike and call it a day. But story (and, to an even greater extent, theme) can breathe life into a tired mechanic and make it worth experiencing again. Every time you think you’re done with shooters somebody comes up with a slightly new way to experience them. When Call of Duty felt like it had run World War II into the ground, all it took was a quick re-calibration of the setting (and, of course, a brilliant and insidious level-up system for multiplayer) to lure gamers back.

Theme and setting alone do a ton of storytelling before a single word is uttered. It tells you the who and the where and, if particularly clever, even sets up the basic conflict. Most wouldn’t consider Angry Birds a narrative game, but I’d argue that the framing of the game’s puzzles as a conflict between the kamikaze birds and sequestered pigs was one of the key reasons for the game’s massive success. If the puzzles were the only reason to play, then Crush the Castle, a game that preceded Angry Birds, ought to have been the hit. A dollop of story was enough (along with some extremely savvy business moves) to make Angry Birds a phenomenon. 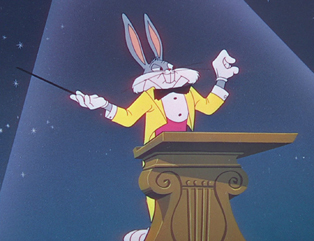 Part of the problem is that everybody thinks way too traditionally about game narrative. They’re stuck on the narrative structure of books, theater and film. But games are a different animal. Effective pop songs follow a verse chorus verse structure. But music on a movie soundtrack is wildly different. There are musical cues — flourishes that accompany the action like a grace note. There are themes that accompany certain characters, saying something about them while they’re on screen. And, of course, there are grand compositions that open the film, setting a tone for the next two hours. This is why many people say the story in games stinks compared to that in books or movies. Well, partially because they’re right – many game makers just don’t employ a high caliber of writer. But they’re also comparing apples and oranges. The musical cues from a Tom & Jerry cartoon would make a lousy pop song. But without Carl Stalling’s brilliant musical accompaniment the cartoons just wouldn’t be the same.

I don’t think Koster and Jaffe are terribly wrong either. Game design is, of course, a vital part of making games. But they’re not the only part and to think otherwise is a huge mistake. Half the reason that people gripe about the story in games is that game designers have been bunting – putting all their focus on designing the game and not enough focus on designing the videogame. Still, I enjoy this exercise and I love to see creators calibrate their goals with these kinds of statements.  A couple of years ago, Superbrothers wrote a brilliant manifesto around story in games. “Less Talk More Rock” was what games needed, they said. Then, after some time Superbrothers made the fabulous game Superbrothers: Sword and Sworcery EP. The game was great, but I couldn’t help but notice that it had quite a bit of talk in it.

Can we all just agree that games should have rock and talk in equal measure?

Pretension +1 is a weekly column by Gus Mastrapa about the culture, art and craft of videogames. Follow him on Twitter: @Triphibian

Turn On the Dark, Already!