Everyone loves a good party. A chance to escape the burdens of life and indulge in the three “S”s: Socializing, snacks, and sgames (that last one has a silent S in it).

It’s inevitable, though, that someone over-indulges and winds up drunkenly tripping on the dog bed and stumbling into the hutch, shattering a bunch of expensive china and costing my parents a couple hundred dollars.

For times like that, it’s good to have something to bring everyone together in a semi-organized manner. Something that distracts from how many shots of Fireball you’ve done, and instead lends some focus to your blurry night. That’s where party sgames come into play (or games, if you’re a stickler).

Party games accommodate a large number of people and tends to involve a lot of shouting and player interaction. Cards Against Humanity has become the quintessential party game these last several years. With its simple rules and blatantly offensive cards, the game is a go-to for many, but before long the shock value begins to wane. If you enjoy Cards, that’s fine, but there are so many other options.

For those seeking something more substantial, there is no shortage of choices. One of my personal favorites is Snake Oil, a card-based game similar to Cards. Here, though, the emphasis is on player creativity rather than simply choosing the card that says “dicks” on it. Players choose two cards from their hand, combine them into one “product,” and then give an elevator pitch in an effort to sell them to a customer.

Have you ever tried to sell a “meat shirt” to a vegetarian? How about shilling a “shame pillow” to a diva? Snake Oil brings out the creativity in the players. The great thing about the game is that it can be as dirty or clean as you want, so kids and adults can play together at the same table.

Some of our most memorable games involved a contest to see who could make the most normal item out of their cards. Never have I laughed so hard 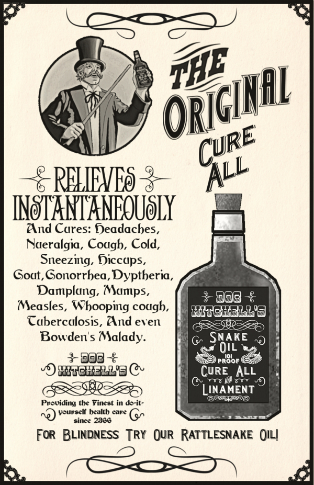 Carcassonne is another good choice for a party. For many game aficionados, this might stretch their definition of “party game,” but that term is vague and without any concrete boundaries. I put Carc on this list because it accommodates a large number of players and gets the entire table involved.

There’s a rule that says after players blindly draw a tile from a bag, they must reveal their draw to the table. The other players then attempt to persuade them to place the tile in a place that might benefit them. This usually results in shouting matches and threats, and nothing screams “party” quite like best friends slinging insults and preying upon their biggest character flaws.

When I was planning this article, I put together a mental list of my favorite party games. Soon I found myself questioning what exactly what makes a game party-worthy. Do you judge based on the number of players, or the volume at which your friends yell at each other? If that’s the case, then nearly every game I’ve ever played could be considered a party game.

In the end, though, a true party game is any game that your friends enjoy. This sounds like a cop-out response, but it’s true. Games are meant to elicit joy, and any gathering that involves that particular emotion is a good one.

I Left My Heart In Carcassonne

Mafia III and The Difficulty Of The Videogame Mixtape