League of Legends is the most-played video game in the world, boasting over 12 million players daily and a professional e-sports league with a $2 million prize pool.

It is also, on many occasions, a toxic cesspool of shitty behavior.

The League of Legends community has become somewhat notorious for high incidents of trolling and harassment. It’s creator, Riot Games, has been working for years on various strategies to try to stem the tide of abuse, from implementing in-game rewards for players who keep their noses clean to forming a
community-run Tribunal to punish frequent offenders (although it is currently down and undergoing a re-vamp). They’ve even experimented with altering small details like changing the colors of fonts on in-game messages.

According to Riot’s statistics, these changes have helped reduce the number of toxic incidents in the game. But I’d like to propose a radical experiment that I think would help even more:

I suggest that League of Legends reduce or eliminate players’ access to individual statistics during game play during solo queue games.

I suspect this idea will be met with derision if not outrage. After all, in-game statistics provide important data that teams use to make decisions and to create strategies. However, I argue that in solo queue games (games in which five strangers are randomly thrown together to do battle against five other strangers), the negatives of the wealth of statistics the game currently provides—everything from kills, deaths, and assists to the number of individual creeps a player has farmed— vastly outweigh the positives.

Firstly, the ready availability of these statistics incentivizes players to prioritize individual accomplishments over those of the team, particularly when none of the team members have played together before. For example, we have all found ourselves on the losing end of a match with a teammate who went 20-1-15 but refused to group up with the team to take objectives, and threw the game when they got caught trying to assassinate someone or to steal the Baron buff. 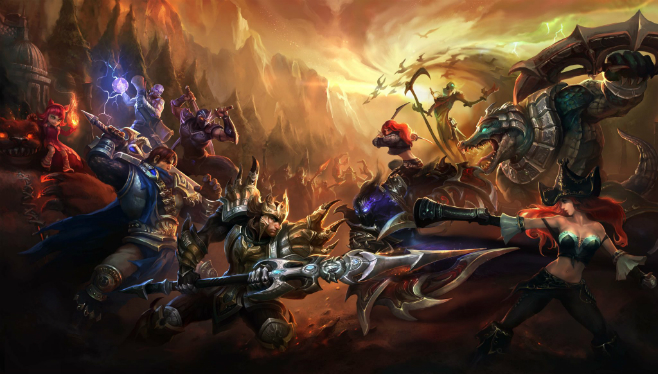 These players will inevitably point to their statistics to prove that the loss was not their fault. But League of Legends is not a game that is won or lost on kills. If a player goes 99-0-99 but the enemy team destroys their nexus, they will still have lost. Removing individual stats from the in-game heads up display might help re-orient players in more productive, team-oriented directions.

Secondly, in my experience, the primary use of statistics during game play is to justify the decision to troll one’s teammates. If a player isn’t doing particularly well, their teammates will often throw their statistics back in their faces to “prove” that they somehow objectively deserve to be mocked.

True, these statistics can also be used to judge the relative strength of your team’s characters in relation to their opponents, but this information could just as easily be conveyed via the items that character bought or their attack damage and ability power scores. There is little use, on the other hand, to knowing the number of deaths a teammate has endured unless you want to mock them with the information.

If players want to learn from the data provided by in-game statistics, Riot could let them pour over the post-game breakdown or provide them with replays featuring robust data feeds on everything from farming and KDA to ward placement. But if cutting down on in-game statistics helped to make League of Legends a friendlier, less abusive space, then wouldn’t it be worth it?

Megan Condis is currently a Gold V ADC/Support main. Her highest ever ranking was Platinum 4 during Season 4. You can find her on the rift as Aenea Lucrecia.