Music swells in heroic anticipation, the payoff for progress or exploration or epic achievement, for defeating some terrifying denizen of a palatial ruin or delving into the most secret depths of a trap-strewn dungeon. With the excitement of a child on Christmas morning, you lift the lid and peer inside, hoping for a glimpse of wealth beyond your wildest dreams.

The treasure chest is a videogaming staple, the simplest of mechanics to deliver a smorgasbord of inventory into your hands. Press A. Get Potion. Repeat. It’s the wrapping paper around your present, a tantalizing veil offering a momentary sense of wonder at what could be hidden within before you tear it open and discard the remnants in a flurry of overzealous enthusiasm. So entranced are you by its promises yet unattained that you pay scant attention to the wrapper itself, each treasure chest is merely punctuation for your continuing adventures, an uptick in your fortunes clothed in the trappings of sacrament.

Despite its apparent simplicity, there’s more to a satisfying treasure chest than just its contents. The sound of hinges, the weighty clunk of aged metal, the gleam of gold seeping out as you crack the lid, all are integral facets of the experience. The act of opening a chest is ritual, an expectation of reward with conventions and traditions laid down in a game’s design.

Rewards come in many flavors. Rainbow Islands’ chests spew forth a fountain of fruit and cake unhygienically across the screen – an iconic exuberance more recently employed by Henry Hatsworth and Shovel Knight, amongst others – instigating a panicked dash to snatch up your prizes before the arcade’s incessant pacing drives you to the next stage (or your prizes simply blink out of existence).

Diablo and its various imitators take a more functional approach, with chests popping like overripe pimples at the slightest provocation to throw up coins and irreplaceable magical armaments across the floor with a distinct lack of ceremony – as if that precious moment of anticipation is nothing more than a pesky interruption in your rush to accumulate more treasure. 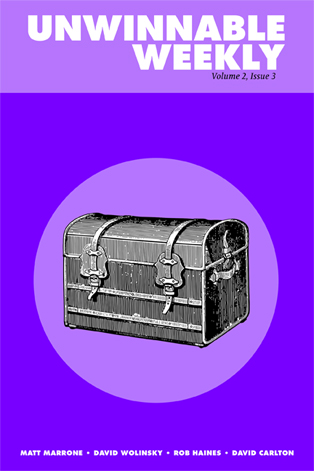 The Legend of Zelda has swung the opposite direction over its various iterations. While A Link to the Past relied on a single frame of animation and a brief rising-scale musical motif before presenting you with your ill-gotten gains, more recent titles in the series increasingly linger on that anticipation at the expense of pace.

Tension builds with a rolling, rising, accelerating scale as Link drags himself over the lip of the chest, surveys its gleaming contents. At last he reaches deep inside to pull out yet another ancient mystical artifact essential to your quest, before triumphantly brandishing it towards the camera with heroic fanfare, seeking your perusal and approval in equal measure.

These rites frame your interactions with the reward systems of the game. You’ve conquered the risk, so what else is left? The only question once you’ve performed the appropriate genuflections is whether you are rewarded with a triviality – a handful of loose change, a health potion, a common drop – or a treasure of genuine value.

You’ve been reading an excerpt from Unwinnable Monthly Issue 55.