I don’t care about your dumb-ass reasons why you don’t like something.

Before I explain why, here’s an anecdote about quesadillas.

Earlier this week, I enjoyed a visit with my sister and her two kids. Arthur, now five years old, requested a quesadilla for his lunch. I picked him up a kid’s-sized quesadilla at my favorite local taco joint and delivered it to the boy with a plastic tube full of white whole milk to wash it down. He unwrapped the foil, touched the cheese and tortilla to his lips and immediately recoiled. He dropped the offending food and pushed himself away from the table. Despite the fact that the quesadilla is one of three foods he will eat and that there’s little to differentiate the bland greasiness of one quesadilla from another, his decision was made and it was final. There would be no eating of quesadillas by Arthur this afternoon. 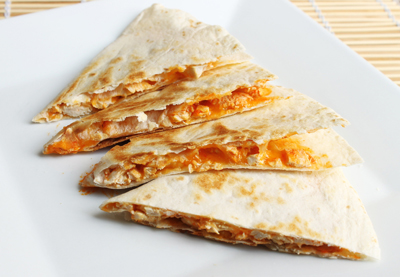 There are arguments that Arthur is a bad kid with bad manners or whatever. He’s five years old, for Pete’s sake. We could have spent an hour and a tablespoon or two of tears teaching him a valuable lesson about wasting food and table manners. Instead, I ate the quesadilla and we got on with our lives.

I have to thank Arthur, though, for not boring me with rationalizations for his rejection of the quesadilla. He didn’t regale me with a discourse on the mouthfeel of melted cheese or make up some lie about his tummy hurting or tell me the proper way in which a quesadilla should be prepared. He conceded, through his rash actions and ensuing silence, that he was a baby with baby tastes and, in honor of his honesty, we all gave him a pass.

Now we can talk about your dumb-ass reasons for not liking things.

I guess this piece was inspired by that meandering, block quote-ridden thing about “smarm” on Gawker, but I’ve been thinking a lot on this subject. Not about the evils of criticism or negativity or anything like that. More about the perils of believing your own bullshit.

Another, much shorter anecdote.

My friend, Andy, once marveled that people could listen to noisy, cacophonous music like heavy metal or experimental jazz. “They must make a conscious decision to like that stuff.” I’m paraphrasing him here, but his meaning was that they don’t actually like the stuff, but rather willed themselves to like it – as a kind of hypnosis.

Andy was right, but his judgment was wrong. Yeah, people who listen to John Zorn have purposefully cultivated their taste in such a way that they can dig on piercing horns, but they’re not phonies for doing so. 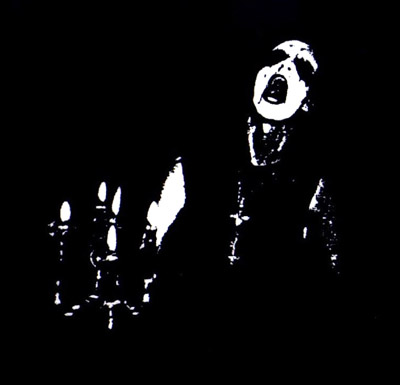 My Twitter friend, Brandon Johnson, just took the extreme measure of listening to over 200 black metal records over the month of November. He had next to no familiarity with the genre. Well, he did own records from Panopticon and Deafheaven, so his ears were already a little primed for this particular kind of chaos, but there’s little that can prepare you for 300 hours of wailing laments and poorly-mixed walls of sound. He told me he got migraines at first but, eventually, he did more than build a tolerance for the punishment – he gained a taste for it.

I am of the mind that we’re all pretty much animals – we can train ourselves to appreciate, or even love, anything. Those posers that my friend Andy questioned make the conscious decision to step outside the conditioning they received as children, and the exposure their day-to-day life gives them, and  burn new experiences into their memory banks.

It’s a matter of cultivation. Our tastes, if we choose to be captains of them, are curated testaments to our own coolness, intelligence, or worthiness as a human being. What signifies said coolness, intelligence or whatever, though, is where we all begin to disagree. If I wanted to, I could sit down with the entire output of the Insane Clown Posse and digest it until I gained an appreciation for it. I choose not to because…

Here’s where the dumb-ass reasons come in. I could make a list a mile long why I don’t bother to get into Taylor Swift or Harry Potter or mixed martial arts, but a fan of any of those things would just roll their eyes and say, well, that’s stupid, and give me a whole list of dumb-ass reasons why I should.

More often than not, I find myself rolling my eyes rather than being entertained, informed or enlightened by run-of-the-mill negative criticism. Pacific Rim has plot holes. Ya think? Death metal singing sounds like Cookie Monster. Not really. Permadeath is hard and not fun. No. And you are a bad person. Lens flare. I don’t even know if that is a criticism at this point. You are just saying “lens flare” because you saw the name J.J. Abrams.

The most boring of all dumb-ass reasons is that you’re better than the whole sordid affair. I use this one a lot. I am above this whole argument. I would get really worked up about this kind of thing when I was 20. I don’t have time for this nonsense. This other nonsense that I am totally into, on the other hand…Give me more.

Just to be clear. I am all for discourse and criticism and love to read a good takedown (they’re harder to write than you think they are, though). I love your ideas and the energy of you writing and all that. You are a beautiful, individual snowflake. Your dumb-ass reason, though. If you see my eyes rolling, I’ve heard that one a million times.