Every day I wake up, fry some bacon and eggs and sit down in front of my iPad to read the news of the day. That means checking out my RSS feeds on Flipboard and taking the temperature of the gaming community on Twitter. Invariably people have their panties in a bunch about something. They’re mad that some game is coming out that’ll punish people who buy used games. They’re irate, for a multitude of reasons, that Jessica Chobot will be a character in Mass Effect 3. Every day it’s something different, another tempest in a teapot. And every day I roll my eyes and sigh.

I get it. It is good that you are concerned, involved, informed and aware. Heck, I’ll even credit you guys with putting the fear of God into Congress around those boneheaded SOPA and PIPA laws. But part of me is terrified by your success – that it’ll only encourage you to get up in arms again. Because, honestly, it’s not very often that you (and by you I mean everybody else in this country) really care about shit that matters. Those two pointless wars we’re just now ending? The recent defense bill that contained provisions allowing the government to indefinitely detain citizens? The fact that Adult Swim still hasn’t released the DVD for season one of Check it Out? I didn’t see a heck of a lot of uproar over these issues. And when you do react to this stuff it’s always too little, too late. 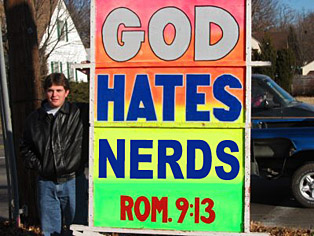 The thing I don’t get is why gamers feel so bent out of shape. We’ve got it pretty good – three huge companies bend over backwards to make gaming consoles for us. A buttload more make games, at great expense, and throw them at our feet with startling frequency. They come out every fricking week. And that’s not counting all the indies and small fries putting out mobile apps and other games on the web. Right now you could sit down at your computer and gorge on free, excellent games until your eyes bled. For 10 bucks you can buy 10 insanely good iPhone games. People act like we’re getting gouged by videogame companies, but I don’t think we’ve ever had it better.

I still remember trolling the used game bin at Blockbuster praying for an affordable copy of Donkey Kong Country to fall into my lap. It took years, I tell you. Back then games were just as expensive, if not more expensive than they are now. And they didn’t go down in price. Now you can be pretty confident that you’ll be able to get a deal on the game you want to buy. Amazon will throw a sale. Best Buy, desperate to get you in the door, will sell it at a loss. And if you’re a PC gamer, forget about it. Steam will advertise a sale you just can’t say “no” to. We live in a time of videogame plenty. And you greedy babies just aren’t satisfied.

I’m a little more sensitive to people who get worked up when a developer makes bad decisions. I was once a Star Wars fan. I know your pain. But in the end, Star Wars was George Lucas’ to ruin. I’m going to play devil’s advocate here. These people make videogames, movies or whatever for a living. I’m gonna bet that their ratio of good to bad decisions leans towards the positive. For every thing that makes you go “hmm” they’ve made a million kick-ass decisions behind the scenes. They make good decisions in their sleep. That’s why you like them in the first place. 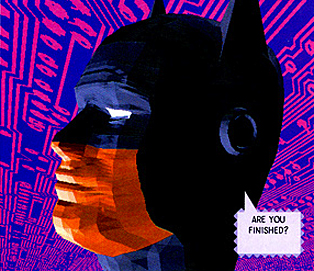 Everybody thinks they know how to do the job until it is their turn to do the job. I prefer to go with Occam’s Razor. What if the folks at Bioware like hanging out with Jessica Chobot? So what if that used copy of a game that you bought doesn’t have a couple of quests? If you like the game that much, buy the 10-dollar DLC with a points card – which you can purchase with the same used game credit you bought the game with. Who cares if they never put Check it Out on DVD? You (and by you I mean me) have those six precious episodes saved on your DVR so you can watch them daily.

I don’t know. Maybe I just find it hard getting worked up about stuff like this when I have so many bigger fish to fry – like that girl Conda on The Biggest Loser. She’s a horrible human being and she’s ruining the whole positive vibe of the show. I’m also pretty ticked that Trader Joe’s doesn’t stock the awesome Tuna in Red Curry that I love so much. And don’t get me started on the people who don’t put their shopping carts away at Target. How fucking hard is it to push your cart five feet? If those mini-rants seemed boring, silly or trite, welcome to my world. Every day I self-edit about a trillion different nit-picks. I could Tweet about shit that gets on my nerves all day long. You should thank me. And the best way to do it is to give me a reason to thank you.

Pretension +1 is a weekly column about the culture of videogames and the people that play them. Follow Gus Mastrapa on Twitter @Triphibian – he keeps the complaining to a minimum.

All in My Head: A DayZ Journal – Part 1
Previous Post

Not Even in the Face of Armageddon

Confessions of a ‘Downton’ Dude