I come out of the toilet stall and move quickly to the sink to wash the invisible filth off my hands. Next to me a young man, tall and clean-cut, also washes himself. “Everything come out alright?” he asks with a much-too-wide grin on his face. I look up from my soapy hands and just glare at him for a moment. I want to tell him, “Yes. The poop came out of my asshole,” but I bite my tongue, because I’m at a board game convention and I know that I am among many who are unpracticed at social niceties. The young nerd gets the message, finally understanding that no amount of small talk around the business of the bowel movement is appropriate in a public bathroom. He clears out of the men’s room and I never see him again.

I spent my years with the sense that, despite the popularity of Star Wars, I am alone in my obsession with robots and spaceships.

I suppose I’ve been spoiled by conventions like the annual Board Game Geek con in Texas, where most of the attendees are adults. Despite their interest in exceedingly complicated and time-consuming board games, most of the folks you meet at the show have some semblance of social grace. They bathe (to a degree) and they clean up after themselves when they’re done wolfing down their foot-long meatball sub.

Sadly, many of the people I encountered at Strategicon (held in the Sheraton Gateway, spitting distance from LAX) are at the beginning of their geek journey of cultural assimilation. Or else they decided to forgo the quest altogether, tear open a bag of Doritos and play Munchkin all night instead. Strolling around the hotel between hour-long bouts of tabletop gaming, I am reminded of my past. Many of the vendors and attendees here are nerd con lifers. There’s a guy at the flea market selling gothy cyberpunk shirts that remind me of early Jamie Hernandez – Love and Rockets before it graduated to a different kind of cool. In the vendor room, I find more than a few homebrew role-playing games. They’re self-printed with amateurish, sexually provocative fantasy heroines on the cover. Each is individually sealed in a ziplock bag, like a bevy of dominatrix in their latex uniforms.

I look at the old man and woman selling these lurid games. They’re both aged, grey and happy as Tribbles in quadrotriticale. I can’t shake the notion that the two are swingers. I always forget that conventions such as this aren’t always about games. They’re also rare mating opportunities for a group that rarely gets out of the house. All those kids staying up all hours playing Werewolf and dressing in their silly costumes are enjoying a kind of nerd prom. 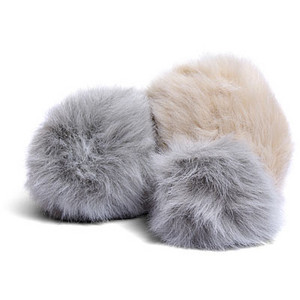 I remember my first convention.

It is the mid-’80s and I am tweenaged and awkward – wearing short shorts, a crew cut and far too much baby fat for my age. My mom dropped me off outside the shabby Holiday Inn with just under 20 dollars tucked into the pocket of my Kangaroos. I know no one and am unfamiliar with the culture of fandom. Until today, I spent my years with the sense that, despite the popularity of Star Wars, I am alone in my obsession with robots and spaceships. I am about to learn differently.

I walk into the lobby to find a woman filking. She reminds me of my music teacher, except she’s singing “The Grand Old Duke of York” modified to include Captain Kirk and the Enterprise. As I wander the rooms of the show, I don’t smell body odor or note how people are dressed. I’m only awed and amazed to be around so many people like myself who are happy to turn me on to new shows and books and movies and comics. I meet Scott Shaw, the artist of Captain Carrot, and am soon introduced to the notion of sexy, anthropomorphic lady animals. I see two teenage nerds cozy up on a couch in one of the movie rooms to watch anime. One science fiction author, whom I assure you’ve never heard of, invites me up to his room. I go with him and nothing happens besides small talk. Years later I still can’t decide if I narrowly escaped molestation, but I do know an awakening when I see one. I left that convention with my first convention purchase, a hand-sewn Tribble, in my backpack and a new sense of purpose and belonging in my heart.

There’s more than a few miles between Strategicon and that show way back when. That wear reminds me that we’re all on different parts of our journey. I opt to forgive those who dally on the trail or the oddballs who wander off it, never to return.