In last week’s episode of The Walking Dead, a zombie ripped someone’s throat out and then that guy got up and ripped someone’s stomach open and before you know it a bunch of zombies were attacking a bunch of people until the humans came in and busted the zombies’ heads open with pipes and knives and I thought “Meh, that doesn’t seem that bad.”

I’d worry more about that reaction if I was one of the 5% of the audience who reliably raises their hand when Max Brooks, the author of World War Z, asks who is looking forward to the zombie apocalypse. Anyone who is serious about answering the question with a “Yes” is an idiot. The zombie apocalypse would suck. 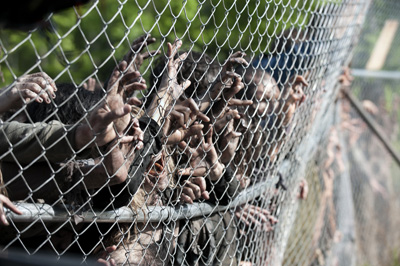 A guy like me would be dead within a week or so. I do cardio and lift weights but I’m not fast or particularly strong. I’ve fired World War II guns at a shooting range but couldn’t tell you much about modern weapons. I can sling words, but I am not an engineer, or a doctor, or someone else possessing a skill set that will become invaluable when society falls apart. I’m not going to be very attractive for a survivor community which can only take so many people in behind the walls.

Yet the idea of a zombie apocalypse is also comforting, in a way, because it means dispensing with all the bullshit that goes along with living in a society.

When I was a teenager, my dream was to buy a bunch of land in Vermont, build myself a self-sustaining mansion home with water wells, solar power and a huge garden, then build an electrified, barbed-wire fence around the perimeter. Then I’d build my own little landing strip and whenever I felt like dealing with the outside world I’d fly out on my private prop plane and come back whenever dealing with people became too much to bear, because people make no sense and scare the hell out of me.

I can deal with zombies. They’re slow, predictable and stupid. But people? Just a few weeks ago a collection of regular imbeciles financed by some very rich imbeciles shut down the United States government and threatened to risk a worldwide financial disaster because they didn’t want to see 20 million people get health care. 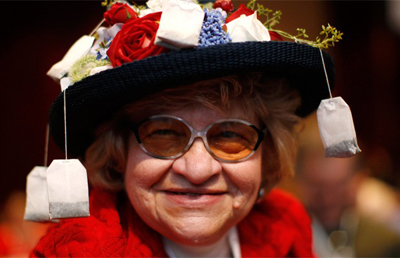 I’m not supposed to call these people imbeciles because it’s impolite, and because I’m supposed to respect their opinions and work with people like this to find compromise, which sounds insane to me.

It’s like suggesting that when the zombie apocalypse happens and some guy doesn’t like that we’re sharing the food with everyone instead of who he thinks should get the food, and he keeps threatening to open the main gate and let all the zombies in unless we do what he wants, that we’re supposed to negotiate with this guy instead of throwing him over the wall and letting the zombies take care of the problem for us.

And here I am acting all high and mighty about these Tea Party people, but when the zombie apocalypse comes, would I refuse to work with one of those people because of how they voted back before society fell apart? Maybe, even though it probably wouldn’t make sense anymore. I’m people. I’m only predictable in my ability to ignore logic because I don’t feel like acknowledging it.

Some of the first human civilizations developed between the Tigris and Euphrates Rivers in what is now Iraq, and along the banks of the Yangtze River in what is now China. Civilization, or the act of living in close proximity to other human beings in an organized fashion instead of running around acting like maniacs and doing whatever the hell we want all the time, developed there because people needed to work together in order to control the annual flooding and use the rich riverbank soil to grow crops and feed everyone. People learned to work together because otherwise most of them might starve. 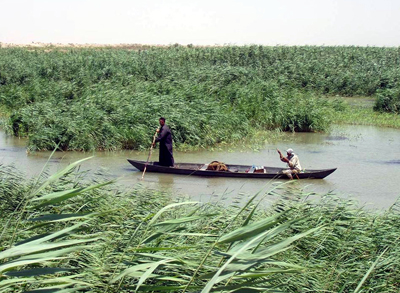 It terrifies me that this is the level of threat required to get people to work together, but imagine the survivor community in a zombie apocalypse which turns down people of color or homosexuals because they don’t want “those kinds of people” behind the walls and pitching in as equals. I’m afraid of all the idiots who would need something like a zombie apocalypse to realize the error of their ways, and there are shit tons of them all around me.

Sure, there would still be some bad apples – the other staple moral of post-apocalyptia is that other people are more dangerous than whatever else is out there – but the good guys who survived would do so by embracing the best of what makes us human.

I was fascinated by Dawn of the Dead when I discovered it in high school, mostly because I didn’t buy the premise. I don’t think society would fall apart in the face of a zombie uprising. There are people on Earth who deal with worse crises on a daily basis. Killing zombies might be easier to handle than feeding everyone or worrying about suicide bombers or the warlord in the neighboring town.

Humanity would figure it out, and we’d be better off for it. So I don’t fear the zombies. I fear the people who make and enforce the laws, or run the government, or sit at the head of huge corporations that favor profit over considerations of ethics, or the people who think climate change isn’t real. When society collapses all of our communal stupidity goes away because we won’t have time for it.

The apocalypse would still suck, but it’d be a suck I could grasp and do something about. I’m all about lesser evils.

It’s Just a Show, I Should Really Just Relax

It’s Just a Show, I Should Really Just Relax

Rookie of the Year: Who Wants Their Girlfriend’s Mother To Be A Millionaire?