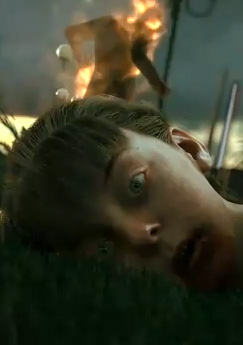 It isn’t often that I get hooked by a trailer. I’m a cynic, you see, and by their design trailers or promos are designed specifically to pull at your heart strings and get you excited about something. Then, ultimately, they more often than not disappoint because the trailer is so misleading and the actual thing it’s promoting, be it a movie or videogame or what have you, is never as good (*cough-cough* original Phantom Menace trailer *cough-cough*).

But in this case, I don’t think it matters.

Because while yes, this  is a trailer, it is just so beautifully done, so artful, so moving, I was completely captivated.

And the best part is it doesn’t really make me want to play the game.

The new trailer for Dead Island, a first-person shooter pitting you against zombies on a beautiful island resort, could very well be the worst videogame in the world. Or even the best. I don’t care. What I know is that they have developed what I think is one of the greatest videogame promos I’ve seen in years.

Set to a haunting piano solo ripped straight out of Lost, and using a wonderful mix of sound and silence, the trailer is more like a short film about a tragic vacation than an advertisement for a videogame. I don’t really want to get into the details because you should experience it for yourself, so watch the video below. But it’s a cinematic wonder, one that I can’t imagine you won’t want to watch more than once.

Now, there are rumblings of distaste for this piece of promotional material. The use of a child’s death to advertise a videogame has become the focus, and whether or not it is appropriate.

I’ll be honest, that never even occurred to me as I watched it. As a father of two younglings, you’d think it would. But it didn’t, and do you know why?

Because it’s not a child. It’s a digital creation of a non-existent character. It’s a videogame. It’s not reality. And to be honest, kids being turned into mindless zombies and getting killed is nothing new, as anyone familiar with zombie lore would know.

A child was featured in the mother that gave birth to the genre, Night of the Living Dead. And most recently it was featured in the opening moments of the gloriously well-done The Walking Dead series on AMC. Zombieland had undead kids, as did both the original Dawn of the Dead in 1978 and its 2004 remake.

Let’s also consider that this videogame is not for children. It’s not being marketed for kids, and I would imagine that parents wouldn’t be letting their little ones view this bloody bit of animated beauty.

I’m not completely insensitive, however. I can see how people would view this as perhaps disagreeable. But at the same time, while yes it is created to pimp out a videogame, it’s done tastefully and artistically. The Dead Island trailer while merely a bit of advertising does not treat the subject matter of a child’s death lightly, and presents it in a tragic, dramatic and moving fashion.

I’d go so far as to say it’s not just a commercial… it’s art.

All in My Head: A DayZ Journal – Part 3
Previous Post

In Case You Forgot (You Did)