Considerable though my love for videogames may be, I am merely mortal. Everybody’s patience has its limit and mine is at an end. Time and time again I venture onto my favorite gaming news sites to gorge myself on the latest promo materials and irreverent comical video shows, only to be greeted with the most unlikely subject matter. Try as I might to be understanding of the interests of others, this ever-increasing annoyance has gone on for far too long. I am sick to my teeth of the incessant coverage of sports games in gaming journalism.


Year after year we hear about the latest installments of the genre’s big names, the same old stories every time. But what a social injustice! It’s a drain on our digital space, an existentially vapid routine in the face of the cosmic eternity of other possibilities. Videogame journalism should be about videogames, not sports. It drives me bonkers, just having to put in the energy to keep ignoring them. 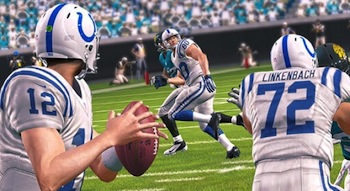 It’s a huge problem – a monumental problem, even, one shared by millions across the globe. Obelisks are raised to commemorate this problem. The strife it provokes has sent nations to war. Jimmies far and wide have been very distinctly rustled. And of course, my indignation is perfectly justifiable, for did Plato not write, “Jesus Christ, another bloody sporting videogame.”

And this is what he meant.

Everywhere. Scour the front page of any popular videogame website and there’s a high chance you’ll see one piece on Madden or NBA. It’s so traditional at this stage as to practically be an institution. Apparently every interchangeable FIFA title warrants a slew of cursory news articles as testaments to their stolid existences. Search functions reveal grotesqueries of commentless features, an abyss of meaninglessness and despair.

Make no mistake. The sporting genre covers a significant expanse of titles popular enough to cultivate numerous high-grossing franchises. It by no means follows, however, that I should have to look at them. My interest in the genre has long since died alongside my patience for their news updates. I don’t see why I should have to suffer for the benefit of others.

What cannot be overstated is how wretchedly common these pieces tend to be. Almost fortnightly, we gamers are subjected to another headline summarizing the latest in the way of virtual sports, together with perhaps a picture of a sporting man or woman. I’m all for equal coverage of all topics but sports games articles are always and only about sports games, every single time. It’s not equality if it’s only equal for you, sports games.

The recurrence of news pieces and articles centering on sports videogames contrasts sharply with the nature of the gaming medium. Sports in the real world tend to involve feats of athleticism and skills derived apart from those traditionally related to videogames. While in real football you use your leg muscles to kick a ball, in virtual football all it takes is the flick of a thumb, which is an entirely different body part. Barring a few exceptions like Chess and Rock Paper Scissors, sports and videogames are naturally far too removed for their marriage not to suffer drastic consequences.

You see, videogames aren’t about athleticism, they’re about shooting guns and casting magical spells of destruction. Sports games are a corruption of the medium, a subversion of all that is sacred in the world of digital imaginations. While I certainly have no wish to begrudge fans of the genre, it stands as an insurmountable fact that gaming is simply not for them. If they want sports, they should go to sporting events, not gaming events.

The industry is simply not big enough to accommodate these people and as a result sports games have slowly diluted the medium. They want to change the way we play by usurping the virtual worlds in our real games – our shooters and RPGs. This malevolent creep has already invaded the actual videogames we know and love: basketball features in Dead Space, football in Final Fantasy, and even children’s slides in Resident Evil. At the rate we’re going it won’t be long until sports games replace every other genre available. How insidious their nature must be. 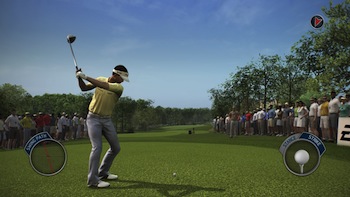 The fact that many fans of virtual sports games are primarily fans of actual sports is something of an open secret. What these players really want is a simulation of their favourite activity that will entertain them when the weather is sour. It’s not a real love of videogames that drives them into the medium but a deprivation of their actual desires, a hole needing to be filled with any old substitute.

The same is true of game journalists who cover the genre. Theirs is a love of athleticism, of kicking balls and scoring points – not of shooting terrorists and scoring points, like us real gamers. These journalists only cover sports games because they’re interested in them and they want to share their interest with other people. In other words, they want to make us like sports as they do. Their pandering to grab our attention is nothing but a self-serving ploy to integrate themselves into our blogs and our communities.

Such foul corruption of the profession I have never seen before. Their passion is a sham – hidden underneath their jerseyed exterior simmers a love for athletics, not gaming. These Fake Sports Gamers don’t live and breathe videogames like we do, for their coverage of videogames is little more than a surrogate for their true hobby. Seeing as how their interests lie elsewhere, it’s only proper that they take their coverage elsewhere, too.

While you’re talking to fans of sports videogames, why not ask them exactly what games they enjoy? You’re definitely guaranteed to get a different answer from one person to the next. Shallow and horrible though they are known to be, Fake Sports Gamers are also renowned for having quite a diverse range of tastes. For example, some like sports with running, while others appreciate sports with kicking, and more still enjoy sports with punching.

Another danger with the sports genre of games here arises: the preferences of these Fake Sports Gamers are far too broad and multitudinous to be appeased by any one game. Madden won’t appeal to a golfer, while footballers turn up their nose at Tiger Woods. Collectively they’re a very fickle bunch, making it difficult to construct a game that will appeal to the whole demographic and utterly impossible to market the product in any successful manner.

Never mind the provable success of sports titles of the past as that’s irrelevant to my point. Though they may carry the pretense that they want to join in the industry, the facts are stacked too high against them: sports are too diverse to possibly satisfy every player. There are even sports fans out there who are not interested in videogames at all, which just goes to show how all the coverage of sports videogames is simply unnecessary.

5. Athletes are not game developers 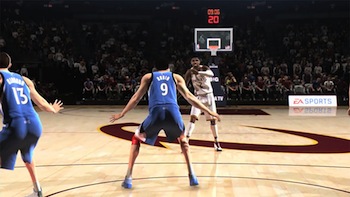 An important factor in making a game for a particular demographic is to understand what exactly that demographic wants. A football fan will look for a game that follows the ludological principles of football. But herein lies another problem.

The utmost experts on how a sport plays and feels in real life are the real life athletes and competitors of that sport. Each player has years of lived experience and hard-earned expertise that is necessary to shoulder in order to properly simulate the game in a virtual world. Unfortunately, professional sports people tend not to moonlight as videogame developers. Too much of their time is taken up between competitions and training to facilitate their entry into the world of digital entertainment.

Similarly, videogame developers tend to be on the non-athletic side, inhibiting them from garnering an any way workable knowledge of sports. One need only appeal to common sense as a reminder of how all sporting folk are jocks and all programmers are nerds. The professions are diametrically opposed; any possible overlap requires an infusion of inherently conflicting personality traits and skill sets, making it a biological impossibility. That’s why I can instinctively write off every sports videogame without so much as an ounce of consideration.

6. I don’t care about sports games

Lastly and most importantly, the genre simply does not interest me terribly. I only like games that feature dragons or guns and on the most part the sports genre is lacking in those capacities. Instead, sports games are about things like the Olympics or baseball. It’s all well and good if you’re interested in the Olympics or baseball, but for those of us who are bored to tears by athletic activities the space taken up by coverage of sports games would be vastly improved were it dedicated to real games like shooters and RPGs.

I certainly don’t begrudge Fake Sports Gamers. I understand that they constitute a huge portion of the market and they themselves are highly entertained by their genre of preference. Likewise, it’s perfectly fair to say that their love of Madden in no way hinders my enjoyment of Final Fantasy XIII-2. But we simply cannot live alongside one another so long as a fraction of the blogosphere is devoted to a subject that fails to interest me personally. 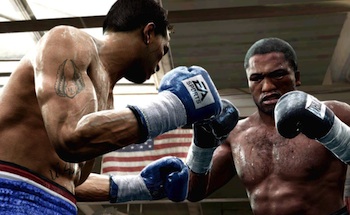 Some white knights argue that in granting sports gamers a modicum of the news cycle and in allowing the existence of sports videogames to prosper, the culture of our industry is made richer and the medium is shared with a whole new audience. Although I understand this viewpoint, the fact remains that I don’t want sports games and this means they are bad. I may be completely uninformed on the subject and disconnected from it in nearly every way but that in no way makes my opinion any less valid.

Rookie of the Year: I’m Going To Be A Father

On the Trail of the Net Yaroze