So I’m going to be a father.

This fact will be the subject of many upcoming columns, I’m sure, but even though I’ve known for months, I’ve only just revealed it to the world and I have way too much processing left to do to write anything even remotely profound about it yet. 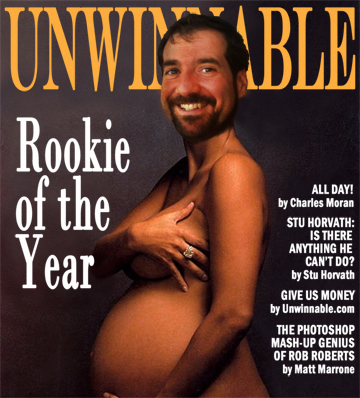 I found out Monday that I’m having a little girl.

A night or two after, I had the most vivid dream. I woke up at 5:30 and recorded myself repeating it, so I wouldn’t forget. Then I started writing it into a short story. And then I finished it, without any editing or post-coffee pondering, and went back to bed.

And now? Now it’s my column this week.

Make of it what you will.

It’s a perfect spring night. You’re walking with your girlfriend down Main Street. There’s an old-school theatre at the center of town, the kind everyone adores, yet you don’t recall ever being drawn inside. On this night, there’s a film festival, which you’ve planned to attend ever since you saw a sign for it a little way down the road.

You feel completely at ease. You’d have no complaints at all if it weren’t for those Masshole drivers – one nearly hit you as you were crossing the street – but you laughed it off. Maybe if the movies are bad you’ll cut out early and get a McFlurry. Your girlfriend rolls her eyes and says we’ll have to see about that. You say maybe you’ll get a bourbon instead and make her watch you drink it while eating fish and running in circles because you don’t have an avocado growing in your stomach.

You’re inside the theatre now, which is deceptively large and rather crowded. You find two empty seats and make a mental note of the long table in the back. It’s nighttime, but you are somehow sure there are Danishes on it. Or are there Danish on it? Either way, you will sneak one between features and remember the trend piece you read about how this particular pastry is coming back and how you both laughed over where the fuck did it ever go in the first place?

The movie starts and things get weird right away. It’s obviously an experimental film of some sort. You don’t have glasses but it’s in 3D and your girlfriend is wondering how the characters can be behind you, too. You explain that it’s actually a live performance but that you’re viewing it from a forced perspective – see how the stage is actually above us at a nearly right angle? – and you decide to try an experiment and dance with one of the actors.

To your girlfriend’s amazement, it works and you’re dancing. You’re a lousy dancer so you start thinking of other ways to interact with the scene. You see a ladder in the corner so you decide to try to climb it and this time even you are surprised that it not only works but you can feel the cold metal on your hands, though the ascent itself is effortless.

There’s a second ladder and she follows you on it and you’re having just a tremendous amount of fun when the lights come up and it’s intermission. 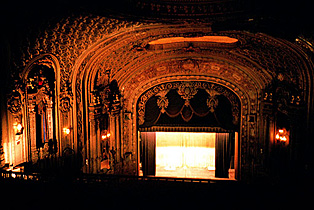 Your girlfriend follows you to the back table, where there is neither Danishes nor Danish, which is just as well anyway because you’re not actually hungry, plus you see a photographer from a big city paper – why is the Chicago Tribune here? – who you recognize and whose name is on the tip of your tongue. You’re not sure but you think you went to grad school with him, but you’re not confident enough to bring it up.

He starts talking to you familiarly, which gets you off the hook to an extent. He’s here to do a piece on the film festival and seems to know everything about it but he admits he forgot to bring some of his lights or to set them up and may not get any usable shots. All you can think of is having your picture taken with your girlfriend but you feel a bit guilty about asking him to do it while he’s on assignment, and besides the movie is going to be starting up again soon.

How have things been otherwise, you ask to be polite, not entirely sure how long it’s been since you last saw him. He can’t complain, he says, though it’s not like he’d have the chance anyway because he’s working and they’re starting to dim the house lights.

Someone has taken your seat. The fucker actually argues that there are no assigned seats so you look for another one and end up in a much better spot, which makes you feel wholly superior as the lights go out and the movie starts up again.

It’s definitely the same movie because the odd 3D effect is back. But now it’s more sci-fi and instead of actors on a stage you’re floating in space and a richly detailed political map of the Earth is unfolding in hemispheres. You’re panning further and further out and get the sense that the movie is going to tear back the fabric of space and reveal galaxies beyond our own – you’ve always been a sucker for sci-fi – so you’re a little disappointed when you begin to float back toward Earth and the map is now of the United States, organized by rock band origins.

You’re holding the map in your hands and you can feel a sense of the absurd as you do it but you decide to test the map by panning down to Athens, Georgia, and sure enough R.E.M. is listed there and when you touch the map Document starts to play. You’re not trying to outthink the movie but it does occur to you that you’ve chosen a fairly obvious cultural reference point, so you decide to trick the map and scan up to Lancaster, Pennsylvania, where no way would the filmmakers know to place The Innocence Mission.

Yet there they are, and when you press the map it plays a song by the band that you instantly know is brand new. You can’t wait to tell your girlfriend about it after the movie is over, but now you’re in a room alone. The walls are wallpapered and drab and bare, but you see there is a pay phone in the corner and a bunch of records and you can listen to any music you’d like.

Which you do, wondering briefly what’s in your girlfriend’s room, until you see the baseball cards on the floor. You remember how you’d just told your girlfriend’s mother the story of when you were a child and you collected bottle caps you’d find along the curb. One day, you saw a crumpled-up piece of paper and it was Dodgers pitcher Fernando Valenzuela and – bam! – the realization hit you. They make baseball cards. And bottle caps, from that moment on, no longer existed.

You find two empty seats and make a mental note of the long table in the back. It’s nighttime, but you are somehow sure there are Danishes on it. Or are there Danish on it?

The baseball cards on the floor are recognizable and from that era. But when you touch them, something so fucking cool happens you can hardly stand it and the baseball cards are as awesome as they were when you were six years old. You touch a card with Dan Quisenberry in mid-motion, halfway through his famed sidearm delivery and suddenly you hear the Kansas City radio broadcast of that very game, that moment, as the play-by-play announcer makes the call. Quisenberry has completed his long-frozen pitch, it’s called strike three, and, finally, he’s locked down the save, decades later, 15 years after the real Dan Quisenberry has died from brain cancer.

You touch other cards. Some players are being interviewed in the dugout, others are homering or striking out. It’s all very vivid and real to you, and you think you’ve even met some of the reporters.

Then the pay phone rings.

You can ask three questions, about any mystery, and we will answer you.

You immediately ask where Jimmy Hoffa is buried and even before they tell you he’s buried just outside Detroit you kick yourself because that had been in the news that day and what do you care anyway? You then make a similar mistake asking about Deep Throat or Jack Ruby and before you know it you’ve run out of questions and have learned absolutely nothing at all.

The movie’s over. You’re alone in the theatre with your girlfriend. You conclude you must have fallen asleep at some point. It makes sense. No way was that an actual movie and of course you weren’t living inside of it.

You get up to walk out, but as you do, you see the set of the film in the lobby and some of the props and realize, wait, was it a live performance after all? The photographer from the Chicago Tribune appears, sans camera, and explains to you that the movie was an experiment and you were the subjects. Congratulations, he says, extending an open palm.

And guess what? It was a profound success. Already they’ve printed your faces on the DVDs. You’re to be paid $50. There is licensed merchandise everywhere – products you’ve half-imagined that are now real. Instant macaroni and cheese with bacon and truffles right in the box and some crazy idea your girlfriend had that is now right there on the shelf, as if your thoughts had been downloaded to be sold as trinkets in a boundless bodega.

You feel a thrill at first but something’s not quite right, as if you’re surrounded by the tastiest food that if you ate would slowly kill you. You wonder if the $50 is the right compensation for a multimillion dollar empire. You wonder if it’s your hopes and dreams that have become real or if they’ve just been stolen and repackaged. 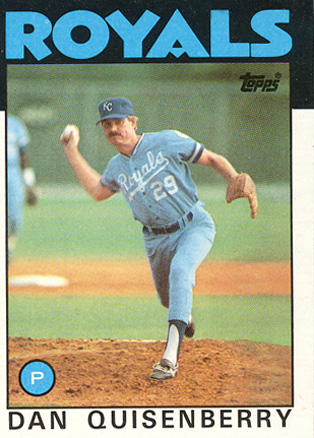 You’ve made precisely no sense of what is happening when another man appears out of nowhere, grabs you by the shoulder. This is where it always gets stuck in a loop, he says. Run! Run! RUN!

He points to a flight of stairs.

You run. Faster and faster you push as it gets more and more difficult, not physically but mentally, as if your own insecurities are roadblocks. Cartoon messages cross your path. WRONG WAY. DO NOT ENTER. CONTINUE AND YOU WILL DIE.

You run and run and run until you see her hand stretched out and she pulls you to safety, just out of the path of the speeding Masshole, and you dissolve into laughter on the grass.

Matt Marrone hasn’t written fiction in a long, long time. You can follow him on Twitter @thebigm.

The Sporting Bane of Games