I haven’t missed an E3 in ages. To be honest, they all start to blur together after all these years. In order to figure out which year was my first E3 I had to browse videos of the Nintendo booth to find the lineup I remember. Turns out it was 2001 – there were crowds around the demo stations for Rogue Squadron II. Which is a little amusing considering the fact that nobody really talks about or cares for that game any more. I also recall seeing StarFox Adventures, which kind of shoehorned Fox McCloud into the the long-gestating Nintendo 64 game Dinosaur Planet.

The rest, to be honest, is a blur. 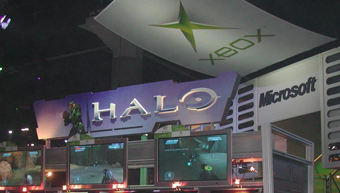 Truthfully, I was there as a tourist. I was the Erotic Entertainment editor at Hustler at the time and was able to convince my boss that there were some raunchy games that our readers might be interested in. There was a kind of movement towards the crass going on in games. Conker’s Bad Fur Day featured bleeped-out profanity and lots of bodily fluids but, for the most part, I just wanted to sneak out of the office and look at games. I had ulterior motives. This was my chance to make contact with the press divisions of various videogame companies.

So I went, methodically, from booth to booth and waited on line at every press desk, handing them one of my gaudy red Hustler business cards. I am sure some went straight into the trash, but you would be surprised how many resulted in emails and mailings. The Internet hadn’t really begun having its way with print circulations – coverage in any magazine with a massive circulation (even if it was a trashy stroke book) was considered as good as a free ad.

I won’t name any names, but I managed to work out similar arrangements and would, every so often, find myself unpacking a box overflowing with game disks, peripherals and whatnot – pretty much everything a publisher had to offer that year crammed into one cardboard box. It was a sweet deal for somebody only tangentially connected to the videogame industry. 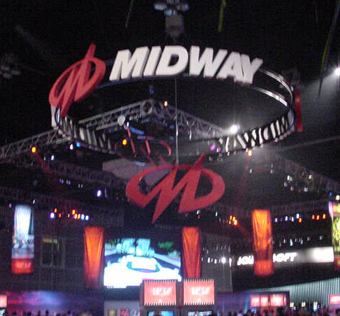 Later, I’d con my editors into letting me run an honest-to-god videogame column in Hustler. That is when I went legit. Review and preview copies began to come across my desk with regular frequency. I’d preview five games in every issue and when our first batch of issues came back from the printer I’d mail a copy to each company that got coverage. I kept this habit long after quitting my editorial job at Hustler – asking the art directors of the various magazines I freelanced with to send me a “tear sheet” PDF of my article so I could mail it (along with a professional letter) to the publisher’s PR department. That’s the extent of my “how to get into videogame journalism” and it is pretty outdated advice. You’re welcome.

Anyway, the one other thing I managed to do at my first E3 (or my first several) was to start networking. I turned up blindly to a games journalism meet up in one of the halls. That’s where I first met GDC and Gamasutra guru Simon Carless. And it was at one of those early E3s that I first met my mentor and greatest influence as a writer about games, Peter Olafson. Peter’s work at the New York Times was personal, predating the New Games Journalism movement by more than a few years. And he was a hell of a nice dude, totally willing to share stories and advice with young writers.

I remember meeting up with Peter outside the convention center. It’s one of those hot Los Angeles afternoons and we’re schlepping from some parking lot with Figueroa traffic harrying us as we chat. I’m bright-eyed and bushy-tailed, rattling on and on about God knows what. Peter, already having served his time, seemed weary. Back then I didn’t get why he wasn’t jazzed as hell for another year of E3.

I can say now, Peter, after 12 years of this, that I finally understand how you felt.