On the sad day that Earth is smashed to pieces by a giant meteoroid, our demise will be witnessed by distant alien civilizations. Upon considering our extinction these distant aliens will say, “Wasn’t that the species that canceled TechTV and put on Cops reruns?” That, sadly, will be G4TV’s legacy. 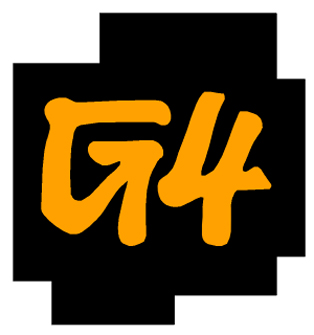 The keepers of the grudge aren’t half wrong. The network was, at one time, a 24-hour channel dedicated to gaming news, culture and history. Some shows were good. Others were not. But for a few glorious moments our pastime had more dedicated airtime than most hobbies. There are movie channels but there really aren’t channels dedicated to movie news and fandom. And since network creep transformed MTV and VH1, music doesn’t have one either. Games had their shot, but the people who sold ads saw the mediocre ratings and wised up, re-aligning G4’s programming to a more lucrative audience – horny, stoned dudes. Shows like The Screen Savers just don’t fly with that crowd. To be honest, I’m not sure there’s a network that could make The Screen Savers work.

Luckily the show X-Play (itself a continuation of Extended Play and GameSpot TV) soldiered on, airing thousands of episodes in its near decade of existence. I hate to admit that I rarely watched the show. G4TV is buried with the standard definition channels – a place where I never surf, but the truth is that the show really wasn’t for me. Just as most TV shows aren’t for me. I am glad it existed. And I am also glad that it gave a home to many smart, passionate people.

That’s the main reason why I eulogize X-Play today. My first professional interaction with G4 was nearly ten-years ago. I appeared as a talking head on several episodes of a show called Filter – the one where Diane Mizota counted down lists of games. A couple of friends, Mike Benson and Mike Mitchell, were production assistants on the show and, since I was an editor at a national magazine (yeah, Hustler counts), they figured I was just as good a person as any to come on the air and provide sound bites. My appearances on Filter didn’t catapult me to stardom, but they did give me an air of legitimacy. Eventually, my friends rose up the ranks, honing editing skills and securing better positions at the network. As the years wore on, I came to have more and more friends at the network. Stephen Johnson, a co-worker from my days in Larry Flynt, took a position with G4’s editorial department.

Sometimes they pulled that spectacular feat off. Other times, they only managed something lesser. But they tried. And, man, did they try hard.

I began writing reviews for X-Play as a freelancer. Their rates were very good and the in-house editors Sterling McGarvey, Tom Russo and Rob Manuel were great to work with. Checks came at a predictable pace, which is really nice when you’re hustling for a living. Of course once I started making money off of G4TV it becomes obvious why I’m not a harsh critic of the network, but I’d like to think that age and experience have mellowed me. I used to be like you, pissed as hell that G4TV sold out and that X-Play wasn’t as brainy as I’d like it to be. You could say that I sold out. Guilty. But at the same time I also grew up.

My career in gaming matured at the same time. I came to know G4 staffers like Abbie Heppe (now kicking ass with Respawn), Patrick Klepek (briefly), super geek Matt Keil, ex-host Adam Sessler, producers Wade Beckett and J.P. Shub. Some of these relationships are purely professional, but more than a few grew to friendships. After connecting with J.P. at PAX one year, we have become metal buddies, whenever a band like St. Vitus or Kvetlerak comes to town we hit the shows together. There are dozens of other people I could name – acquaintances and co-workers, colleagues and conspirators – who will be out of work when G4TV makes its sad transition to Esquire TV.

My personal connection to G4TV, the friendships I have made because of its existence and the professional momentum I have gained for working with them, is far from universal. To many people, the network was disappointment, a string of compromises that wore something promising down to nothing.

I can tell you that those disappointments were felt doubly by everyone involved. All the people who made G4TV wanted to make the network you want to see – full of smart, funny incisive shows that live up to the promise of videogames. Sometimes they pulled that spectacular feat off. Other times, due to the reality of business, the nature of collaboration or the vagaries of network politics, they only managed something lesser. But they tried. And, man, did they try hard. That’s why today I mourn G4TV, X-Play and all the good people who tried their damnedest to put videogames on television. I am sure they will all move onto great things and I hope that eventually people get over their butthurt and appreciate what those people tried to do.