Lost in the glow of Star Trek Into Darkness’ $84 million debut weekend and the critical acclaim that has surrounded J.J. Abrams’ time at the helm of the Enterprise is that the franchise is now officially adrift in uncharted territory.

As every geek in the universe now knows, the man most responsible for the reinvigoration of the Star Trek brand, director J.J. Abrams, has beamed himself aboard the rival Star Wars ship and is busy prepping Episode VII.

“I feel like we’ve already got a Star Trek tone and we have two movies to see what this world is,” Abrams told this reporter for a New York Daily News article on the subject of how he’s going to manage both of the two biggest sci-fi properties simultaneously. 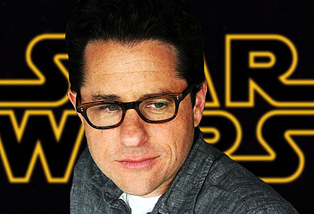 “If there is going to be a third movie, and there are no discussions about that, depending on the timing of it, there may be a different director for it.”

As the Klingons say, “Pity the warrior who has slain all his enemies!”

“I tell myself as a Trek fan that I can empathize with the feeling that Trek fans are having about J.J. leaving for Star Wars, when the reality was whether or not J.J. was going to direct a third Trek movie – if there is going to be a third Trek movie – is not a foregone conclusion,” Into Darkness co-screenwriter Damon Lindelof later added. “It took him a long time to decide to direct the second one….”

All kidding aside, Paramount will certainly launch a third installment – all the key cast members are signed on for a third tour of duty.

Beyond that, it’s hard to read the future in the stars. Unlike William Shatner and Leonard Nimoy, who were never quite able to escape the gravitational pull of their signature roles, this is a far different time to be an actor.

As Spock, himself, Zachary Quinto puts it quite logically in an interview for a Daily News story:

I don’t think people have the capacity of associating an actor with one single role for the duration of their career, because as soon as modern-day culture consumes a story or movie or experience and metabolize it they move onto the next thing.

Chris Pine, the new Captain Kirk, is about to launch another potential tent-pole franchise in Jack Ryan; Zoe Saldana is powering up for a stint as a Marvel superhero in next year’s Guardians of the Galaxy; Karl Urban is gearing up for a television series, Almost Human, for Abrams’ Bad Robot. None of them will be as cheap to enlist for a fourth go-around.

CBS – which holds the television rights to Star Trek – is perpetually mulling developing a new series, but the Abrams Enterprise will be almost impossible to reverse engineer. This is a crew made up of movie stars not likely to want to board for a literal five-year continuing mission. And it isn’t like the 82-year-old William Shatner or the 71-year-old Patrick Stewart will ride to the rescue. Wrestling Gorn is a younger man’s game. Would viewers accept a third Kirk in the captain’s chair? There are a lot of uncertainties, considering how expensive it is to get an expensive special effects-driven, hour-long scripted series up to warp speed.

The last attempt at a series that doesn’t involve a Kirk or a Picard, Enterprise, fizzled in 2005. 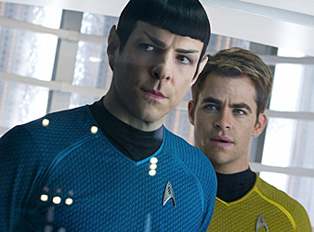 Though it will incense the hardest of the hard-core Trekkers, the best thing that Abrams and his “Supreme Court of Five Justices (Burk, Lindelof and co-writers Roberto Orci and Alex Kurtzman)” did was photon torpedo decades of canon.

“We kept coming up against that conflict – and it is a conflict in a lot of places where you’re not going to please everybody – and making a movie just for the fans will alienate people who have a bad taste in their mouth about Star Trek, and they don’t even know why,” says Lindelof. “So our idea was to basically invite everyone under the tent and say you think you don’t like Star Trek but you do, and we’re going to show you the best of what Trek is and we’re going to put it in a slightly more energetic package for you.”

By rebooting the franchise through the old sci-fi standby, the time-travel paradox, in 2009’s Star Trek, they left the future largely unwritten – and someone, be it on the small or big screen, will figure out a way to crack it. It’s too rich a mythos to leave stranded in the pop culture equivalent of the Mutara Nebula.

They gave Kirk and Spock a fighting chance to survive for the next generation.

And when has Kirk & Co. needed more than a fighting chance?

Hosting Queerness in Star Trek: The Next Generation