There’s a scene near the beginning of Star Trek: The Motion Picture that really stuck with me. During an attempt to beam up the new science officer and another unfortunate crew member, the refitted transporter system malfunctions, mangling their patterns and garbling their atoms. As we hear piercing screams echoing from their melting silhouettes, they vanish – leaving our imaginations to involuntarily picture what the transporter chief means when he reports: “Enterprise, what we got back didn’t live long… fortunately.”

He has exactly your body, mind, personality, memories – he thinks he is the original you, because he has no reason to believe otherwise.

Aside from the horror of the scene itself, this became fixed in my mind for what it accomplished for the universe of Star Trek. For the first time, the transporter wasn’t just a magic box that defied reality – it was a tool, a fallible device built by fallible humans, and it could fail indeed. Frighteningly, painfully and fatally. The illusion became that much more plausible for me. The transporter became a believable aspect of science fiction instead of sheer fantasy.

Suddenly, the quaint concerns of one old-fashioned country doctor made perfect sense to me. This monstrous device was taking you apart, and – hopefully – putting you back together somewhere else, all in the right order. This was serious. How could you not be terrified of the thing?

Real-world science offers little explanation of how it might be possible to move an object between two places without a physical means of conveyance; it is most likely that teleportation could be achieved by instead reproducing the object in another location, after transmitting that object’s specifications to another device. We’ve had this technology for decades already: it’s called a fax machine. This model extends into our wireless age with email and 3D printers – theoretically, if you’ve got a sophisticated enough scanner, then “matter-energy conversion” is essentially the result. Scan it, and the object becomes pure data, easily sent to a device capable of reconstructing the object. 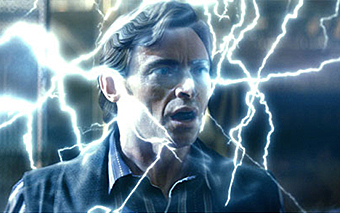 Of course, that’s not really teleportation. That’s just reproduction – the original still exists in its original location. But if the process of scanning the original destroyed the original, that object would exist only as a stream of data – then, the duplicate at the other end would replace it. If the new object was a perfect copy, indistinguishable from the original, congratulations – teleportation has thus been achieved by proxy. That’s all good where inanimate objects are concerned, but what about a living thing…?

Comparatively, consider The Prestige. In the film, Nikola Tesla – ever brilliant, a true genius, maybe more than a little crazy – builds a device at stage magician Robert Angier’s request, for use in his competing version of “The Transported Man.” Once Angier tries to use the device (against Tesla’s own advice) he discovers, to his horror, the machine does not teleport him, it duplicates him. The results are unsurprisingly grim.

This meandered back into my head while watching an episode of Star Trek: The Next Generation on Netflix. Suddenly, the similarity struck me: the transporter beam rips apart your body at the subatomic level, shoots you – as nothing more than a data pattern – to some distant spot, and somehow reassembles you. Conceptually, this is eerily congruent with the teleportation-as-duplication model. Destruction of the original object is a built-in feature. The only difference: our suspension of disbelief allows us to assume that your consciousness “moves” between the two locations.

But what if it doesn’t? What if the replicated you at the other end only thinks it did? He’s a perfect copy of you. He has exactly your body, mind, personality, memories – he thinks he is the original you, because he has no reason to believe otherwise. In direct comparison, he would be indistinguishable from you. But he is not you. You stepped into a “transporter” beam and got disintegrated. You died. Like Angier’s terrible sacrifice to make The Transported Man work, you ended your life – leaving your duplicate to go on, as if nothing has gone wrong. The big difference between the two is that Angier knew what he was about to do, while you simply vanished in ignorance of your impending demise. 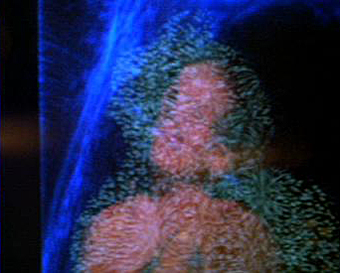 It’s that ignorance that really scares me about this concept. No one would ever know that you died and only a copy of you lived on. And because no one knows the transporter will kill them, (almost) everyone is perfectly willing to walk into oblivion. What materializes at the other end is, in every measurable respect, you. Functionally, the Captain Picard that comes out is the same as the Captain Picard that went in. But the “real” Picard ceased to exist as soon as he beamed up to his first starship – and no one would ever know the difference. That terrifies me. On the other hand: all of you that found Wesley Crusher so annoying can take solace in the fact that he died many, many times.

As for me, I can’t watch Star Trek anymore without thinking about it – each time an away team steps up onto that transporter pad: dead, dead and another one dead, again. Alas, our good Dr. McCoy, you – or at least, the first you – were so right.