Last week, my “other” website – the one that pays me to write for it – ranked the 25 greatest sports videogames of all time. 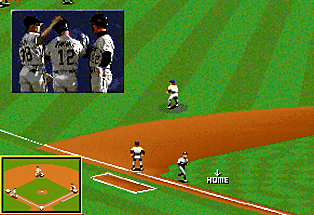 I was thrilled to see Bases Loaded on the list (though I less-than-vaguely recall much preferring Bases Loaded II). And I was glad to see NBA Jam and R.B.I. Baseball on there as well, though the latter’s 15th-place ranking is way – way – too low in my not-quite-so-humble opinion.

Along with NHL ’94, I’d probably put Bases Loaded II and R.B.I. Baseball in my own personal top five, though Lakers versus Celtics and the NBA Playoffs could top them all and come in at No. 2, depending on my mood. Oh, and Mike Tyson’s Punch-Out!! would probably knock one of those above titles out, now that I think of it. And if title screens were all that counted, the eight-bit voice that heralds, “Double Dribble!” would have no equal.

That being said, my all-time favorite sports videogame – a computer game, not a console title – is indisputable. Not only did it consume hours, days, weeks and maybe even months of my free time, it’s also notable for being my favorite game that I never actually played.

It also got snubbed by my beloved ESPN.

The developers of Tony La Russa Baseball (I dabbled in several of the iterations, though I want to say either II or III was my favorite) no doubt poured their hearts and souls into the graphics, into perfecting the realism of the gameplay and the stadiums and all of that crap … but frankly I couldn’t tell you.

In mere minutes, you could play through entire seasons, based on endless combinations of lineups and pitching staffs. How would a lousy hitting team with great pitching fare, and vice versa? How would one blockbuster trade affect the course of a season? In Tony La Russa III, if memory serves, your players would age and you’d draft new players to fill their spots – on and on for eternity. How could one trade, or draft pick, affect the future of an entire franchise?

But I, never one to go half-hearted, took it even further. For Tony La Russa II, I created my own fictional league, stuffed with made-up players and teams of my own design, and I simulated dozens of seasons, filling multiple three-ring binders with statistical printouts. (I eventually did get a girlfriend.) 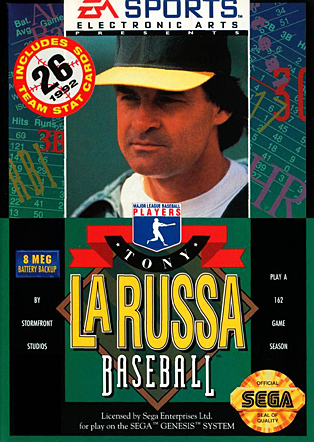 I had my favorite players and teams, and sometimes I’d swing a trade to put them together on a contender. Sometimes I’d add my favorite player to a lousy team to see if he could sway the franchise’s fortunes. Sometimes I’d let a great player I didn’t like languish on a last-place team just for the schadenfreude. I created the first two female major leaguers in history (both lock-down relief pitchers) and I dabbled in every oddity I could think of, from teams of batters who could barely hit but had impossible speed on the base paths, to pitching staffs who were beyond dominant but couldn’t seem to stay healthy. I loved throwing a ballplayer with just one at-bat onto a team to see how his 1.000 batting average or single hit-by-pitch would translate over a full season.

Not once during these fabricated baseball years, lost now to history, did I ever swing a virtual bat or press a key to make a throw across the infield. I didn’t even manage a game.

To this day, it remains the single most engrossing gaming experience of my life – and I’ve lost weeks to Skyrim. Skyrim‘s snowy realm doesn’t seem at all complex compared to the world of pure statistical invention and endless mathematical possibilities in Tony La Russa Baseball.

Or, of course, to being a teenager.

Matt Marrone, despite being a proud ESPN employee, was not consulted on ESPN’s Top 25 in any way, nor did he know Tony La Russa Baseball missed the cut until halfway through writing this column. You can follow him on Twitter @thebigm.

Rookie of the Year: Confessions of an Xbox Polygamist
Previous Post