There’s a long list of writers, directors, artists and musicians who have influenced me. Recently I wrote about how the science fiction author Douglas Adams helped lead me down the left hand path towards atheism. But I would have never read Adams or countless others if not for one woman. My mother had more to do with me becoming the person I am today than any teacher ever did. And she did it behind the wheel of a faded fire-engine red Ford Fairmont station wagon.

Sure, my mother was loving and supporting. The unconditional love of a parent is not always a given, so I don’t take that for granted at all, but as I look back on my childhood I am more impressed by how far my mom went out of her way to make sure I spent my youth immersed in the things I love. By all accounts, she was a single mom, so she gets points for simply keeping my sister and me alive and off of drugs. But my mother went above and beyond the call of duty. 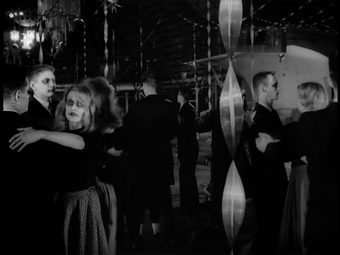 Once a month we plowed through South Florida traffic to buy comic books at my favorite shop. My first buy was Marvel’s G.I. Joe revival, but my interests eventually branched to manga, horror comics and myriad other pulp oddities. My mom never balked or turned her nose up at the books. If anything she’d read one just to make sure I wasn’t reading something really repugnant. And even when the stuff was a little harrowing, she’d just kind of frown and say, “Darn you for making me read that.”

Once, as we were driving down Federal Highway, she pulled into the parking lot of a cineplex. Unbeknownst to me the Fort Lauderdale film festival was in swing. She bought me a pass and let me spend the day wandering from theater to theater. I saw two of my favorite movies for the first time that day – The Day the Earth Stood Still and Carnival of Souls.

What so impresses me, now that I’m old enough to think about such things, is that my mother saw a listing for the film festival in the paper and thought to herself, “That seems like an environment where Gus would thrive.” Then she acted on that germ, doing the tough work of loading shitty teenagers into a car and hauling them across miles of South Florida’s steaming asphalt.

The list of such plots is endless. There were model rocketry classes, science fiction conventions, library runs, afternoons at the arcade and countless opening-day movies. If I recall correctly, she even held me out of school so that my buddy Randy and I could go see Indiana Jones and the Temple of Doom. That’s not to mention all the concerts. Mom ferried me and friends between Fort Lauderdale and Miami so we could see The Monsters of Rock show at the Orange Bowl. And there were more than a few times that she sat in bumper-to-bumper traffic to the edge of the Everglades to see metal shows at the Hollywood Sportatorium.

When I look at my son, Halford, I hope that I can find in myself the selflessness, trust and thoughtfulness that my mother had for me.

I’m impressed that she’d do so much just so my friends and I could go lose our hearing listening to stupid music. But I’m also incredibly grateful to her for allowing me to be an adult at 13. Because if you saw all the scumbags and miscreants that attended South Florida metal shows in ‘88, you’d think twice about leaving your child amongst them. But my mom knew I was no idiot. And she knew, deep down, that all those longhairs were decent at heart. Drug-addled, maybe, but not bad people.

Now I’m a father. And when I look at my son, Halford, I hope that I can find in myself the selflessness, trust and thoughtfulness that my mother had for me. I hope I can find an iota of my mother’s imagination and wisdom to let Hal blossom, rather than try to mold him in my image. My mom could have tried to force me to be a good Christian, a straight-A student or countless other things she wished for me. Instead, she let me be Gus. And that’s the best gift anyone has ever given me.

Pretension +1 is a weekly column about the intersections of life, culture and videogames (and music). Follow Gus Mastrapa on Twitter @Triphibian.