I met this guy on a date – let’s call him Roy, because his name was actually Roy – in the dead of a Chicago winter. We’d gone out twice before. This time was different, though, because the meeting was indoors.

I scooted into the booth. We each ordered a beer.

Then, from my seated position, I shrugged out of my coat.

“I didn’t know if I should tell you,” I whispered to him.

I swear I am not trying to impress you, but yeah, it’s noticeable. It invites a type of attention from a type of person, hence all these coats and hoodies. I guess you could say I wear my sexuality on my sleeve.

Well, not on my sleeve. More to the left. No, to the right, now. Up a little. Down. How are you missing them? Seriously? Okay, look me in the eye. Okay, now drop your gaze toward – you’re just being polite, I can tell. It’s so cute of you to pretend they aren’t there. Just this once, it’s fine. It’s Sex Week here at Unwinnable, and when in Rome…

Oh, you’re a champ, you’re all Aces. Thanks. That was hard for me, too.

Boobs! People have them! They often happen naturally!

Games journalists have done some fine work on boobs lately. They’ve done a bang-up boob job. In fact, I think we’ve just about run out of work to do on boobs.

Truth be told, we’ve done so much talking about fictitious women’s bodies this week, I’m not sure I can take any more. I am set for life.

And anyway, a writer named Claire Hosking already wrote a thing, and for that exact reason, I feel like I shouldn’t have to say anything. Yet here we are.

Me: I have so much trouble with this

Me: like it actually jars me, stalls me, galls me

Friend: You’re talking about your body.

Friend: And the way other people think of it.

Me: I’m stealing this

Sometimes when we talk about shallow female characters, we stop looking those fictitious characters in the eye. Our gaze drops downward. Aha! We knew it! Bimbo chest.

Sometimes we stop talking about unrealistic armor and hilarious “boob physics,” and we instead fix our collective gaze on the boobs themselves. Would that character really have those boobs? I duuunnoooo, they’re pretty big boobs. They seem kind of inappropriate. I personally see this character as younger, with perkier, “sportier” boobs.

When we talk about character design, we might even use words like distorted, exaggerated, fantastical, grotesque, fetishism, comical parody, somebody please cover her up. Abnormal. Unnatural. And “distracting” – that’s a major one. God, her breasts are so distracting. It’s literally ruining the gameplay, the linear narrative arc, how distracting her body is. I can’t even press these buttons anymore, this character is so distracting.

And yes, we do fixate on boobs, as a culture. Or anyway, the guy in the corner store seems pretty obsessed. Or the CNN correspondent who wouldn’t stop mentioning to me that I have boobs anytime I saw him socially. Or the TSA agent who grabbed the left one, then the right one, just to make sure they weren’t explosive devices (Some days, I wish!). The irony here is, when I was in high school, one teacher could not stop teasing me for my very small breasts, which is to say, I’ve been aware of my breasts even before they existed.

I should really just look down and ask my breasts what pronoun they prefer to go by, since they evidently have an identity wholly divorced from the rest of me.

And yes, we do fixate on boobs, as a culture. Or anyway, the guy in the corner store seems pretty obsessed.

I’ve alluded to my boob anxiety once before, if very briefly, in an editorial called I Was a Teenage Sexist. In it, I think I mentioned that until six years ago I hardly had boobs at all, and my suddenly developing them has been an illuminating experience for me. “The chest of a bimbo,” I wrote there, too.

At the time, Kotaku offered to reprint it. I said no, thanks: the subject matter was too sensitive. So Kotaku published a link to the piece instead. That alone elicited a lot of comments, I think because people saw the article’s title and then the byline and then could make an educated guess about the content.

One person definitely read the article. I can reproduce the comment he left without even looking, because I know it by heart: “why doesn’t she just get a breast reduction lol.”

I think that’s incredible, that if breasts are audaciously big, if they take up too much room, if they make the person attached to them nervous and uncomfortable around some people, the Actual Solution might be “well, if going to the corner store is so bad, why don’t you just literally cut off part of your body.”

But when we design Serious Female Characters, that’s exactly what we already do: we shave the tits off. We try to tame those tits. All right, lads! You’ll notice that Miss Croft is no longer fantasy cheesecake. She is a serious lady, tangled up in a serious story. Also, she’s a B-cup.

People act like it’s a radical feminist act to complain about “distracting” breasts, I think?

Yeah, I grew up with Barbie dolls, and I’m from the 1980s generation that grew up hating Barbie, but my attitude has changed since then. I think it’s nearly time to put the idea of “realistic proportions” to bed.

We make an awful lot of assumptions about big-tittied people – assumptions like she’s somehow “asking for it” or that her endowment in this arena means a lack of competence in others – and that is mean and unfair, and it is also just the world we live in, and some people with big tits wear ’em loud and proud while others zip up our hoodies and still others cut them off. 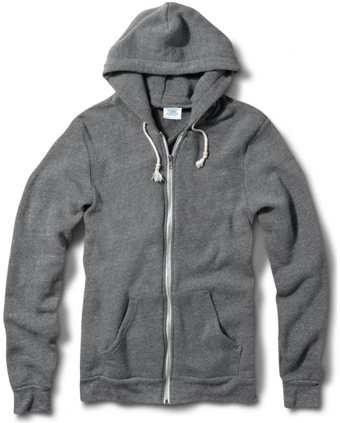 We make a lot of assumptions – whether we are designing characters, or just benignly discussing them – about what is even up with those hilarious breasts?! Ha, ha, hilarious.

A friend of mine told me, just as benevolently as he could, that I should roll my eyes at “political correctness” and, instead, thank “artists” for “celebrating” the “variety” I “provide” the world. He meant it kindly, too.

I was furious. I immediately changed my Twitter handle to “Just a Pair of Tits.” I AM NOT A “TYPE,” I told nobody – and by that I mean the Internet – in very literal capital letters. “MY LIFE IS NOT A FUCKING DOVE SOAP COMMERCIAL.”

And that’s because I’m not here to fuck you.

I grew up believing the onus is on women to keep men chaste. That’s wrongheaded, probably, but it’s also deeply embedded and Protestant, and I would zip my hoodie past my collarbone and all the way over my head, if I could. It’s almost as if I live day-to-day with competing archetypes: a virgin complex in a whore body.

But even if you can catch a glimpse of a woman’s cleavage on the street, that doesn’t mean she’s here to fuck you.

Too much of the ongoing “character design debate” seemingly hones in on what the breasts mean.

My tits aren’t “communicating” anything.

Yeah, I’ve seen the animated gif. Those tits are practically winning a game of Charades. Oh, they’re communicating. It’s like boobie morse code. A writer at Kotaku was absolutely right to be weirded out by them, and I believe he was weirded out for all the right reasons.

But in their rush to either defend or malign that writer, people have been typing some really wild things about boobs. Boobs. Boobs.

I love the word “boobs”; it’s got a pair of boobs right in the middle of it.

Friend: B is the boobs seen from above.

Friend: oo is from the front.

Friend: and b is from the side.

Friend: Feel free to quote me on that.

Gosh, there’s so much more here. In another world, kind of outside the purview of this particular rant, an artist (teasingly?) questioned a Kotaku writer’s sexuality and masculinity.

I try to be sensitive to “malice” and “intent.” Maybe the artist wasn’t being malicious. Maybe he was saying, “So, Kotaku writer, what is it that you’re into?”

Yet somehow, this led to both the defenses of, and the smackdowns on, boobs. The artist himself opened up a whole new can of worms, after all: “So what is it you are into, exactly?”

Me: which do I pick first

Friend 2: it’s an embarrassment of riches

Me: stealing this too

Friend 2: […] the idea that everyone in a videogame is supposed to be sexy to someone

Well, friend. Me, I’m into big, dopey brown puppy eyes. I try to not mention them every second of the day, or commiserate with others and analyze what we think brown eyes try to communicate, and I certainly do not try to position brown eyes over blue eyes as a radical feminist decision.

Tits happen. Deal with it.

Jenn Frank is no longer Just a Pair of Tits on Twitter, but she is still pretty damn entertaining. Follow her @Jennatar.