The thing about sex is that it’s all about positioning. Don’t lie: people joke about the familiar trope of doing the deed in the darkness, but I need to see what I’m doing to get the most out of it. The human mind is a powerful thing, but one of its greatest attributes is its ability to put the human body in all sorts of ludicrous positions. And when you throw another human body in there, the possibilities are more endless than the character creation in a Bethesda game. Put simply, you and your partner (multiple, if you’re so lucky) need to be in the right place, at the right time, and then oh, the magic happens.

And then, like in love, one calamitous moment happens, an assumption you’ve taken for granted shatters and everything just simply falls apart…

In that regard, sex is a lot like Dota 2. No other game (hell, no other activity) has as strenuously tested both my wits and wills. No other task has forced exquisite beads of sweat to pearl on my brow so easily. And nothing else has compelled me to work my wrists so damn hard, with only the briefest yet tempting promise of payoff.

Just as the hours whittle away in bed as day sex turns to night sex (I even missed a St. Vincent concert for the stuff), so, too, can hours pass unmarked as you rough and get roughed up in Dota. But first, for those virgins: Dota 2 is the offspring of a game that had its inception in the fertile grounds of Warcraft 3‘s customs games on Battle.net. Apart from its normal RTS game, Warcraft 3 had a vast modding community that was very experimental, leading to kinky new genres that all fit into the technical format of Warcraft 3‘s perspective and gameplay.

That setting – that I not so coincidentally happened upon as a 15-year-old – was like a video store before Netflix, with titles, images and genres all available if you’d just mosey on through them. “Sheep Tag” would be the kids section, with its fast and silly gameplay about sheep tagging and hiding from each other. There were plenty of grand RPGs, many even directly based off the movies coming out at that time (with a particularly epic one centered on the Battle of Helm’s Deep). For those into dramas, there was the aptly named “Life of a Peasant,” which at once showcased the payoff and monotony of hard work. Those sad sacks who were just looking to play the actual multiplayer map were like those old ladies fingering through the Hallmark section. And then there were tower defense games for those who just wanted to sit back and see waves of things die for 20-40 minutes. 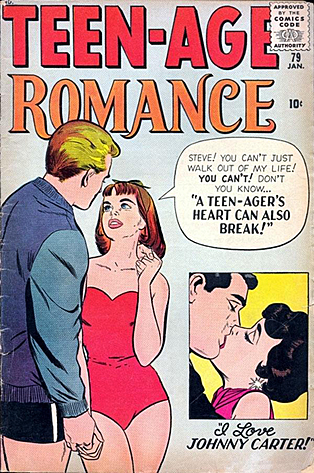 But then there’s another section of the video store. Not every store has it, but in the ones that do, it’s hard to miss. The original version of Dota was like the adult section of the video store, a paradoxical place where you didn’t really know many people, but if you didn’t have your credentials ready you would be out in a flash. Of course, the titles would warn you in advance; for every non-descript title you’d see, there would be three with colored and italicized words proclaiming “NO NOOBS” or “HIGH LEVEL ONLY.” For me, as a person who became sexually active in high school (and so was still in my super-awkward phase at this time), the titles always enticed, and I felt a certain rush joining and acting like a hardcore professional. Inevitably, some Asian guy would team up with an ebony dude, the two would gang up on me and, in my amateur status, I would have to stand there dumbly as they gave me the money shot of their stun->dps combo.

Dota 2 emerged in 2010 when Valve snatched up IceFrog, the reclusive game designer who had been in charge of Dota and had been responsible for balancing the gameplay. At that time I was in college, having sex and not thinking about Dota, and only having faint knowledge of Dota 2. But three years later and it’s nearly the opposite, playing Dota 2 on a nearly daily basis and rarely having a spare thought about sex. (Before you get too sad, I am also working full-time.) And what shocked me was, in the moments when I finished thrilling victories, frustrating victories or bitter defeats, the feeling of physical tiredness mixed with utter relief – and just a dash of mental clarity – was just like after sex. And then I thought about it, and the connections seemed even more apparent.

For example, Dota 2‘s own matchmaking system does an admirable job of mirroring the courting/dating system many people experience. Invite some new friends to have a fun (but slightly awkward) time as you school them on techniques, tactics and approaches; decide to take the solo route and risk getting spanked by a vindictive man who puts your paltry knowledge on the subject to shame, and is only all too glad to let you know about it; or send an invite to your paramour, the one who pushes all your buttons, is the CK to your Io, the Keeper of the Light to your Phantom Lancer, and sets your lane ablaze. 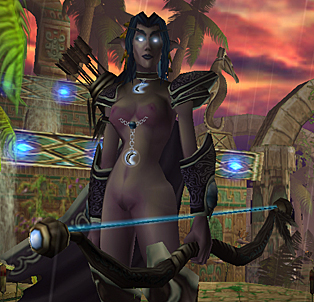 Note that, in the discussion, I never said that Dota‘s matchmaking system was good. It hardly is. But it does effectively embody what it means to put yourself out there and depend on the ability and whims of others. The longest relationship I’ve been in lasted about a year, and I’ve been on some epic win streaks in the game where I’m elated, in tune with those around me, and unable to do or see something that couldn’t be forgiven. And then, like in love, one calamitous moment happens, an assumption you’ve taken for granted shatters and everything just simply falls apart, with no one involved knowing exactly went wrong, only that it is irredeemable and represents the closing of a chapter that will only be mentioned in neutral tones and averted looks. Just as I’ve had those glazed-over moments of bliss, there have been times when I snapped at family, ignored friends and frankly took things much more seriously than my partners. Sound familiar?

You may have noticed, but I find it very hard to write about exactly what happens in a match of Dota 2. I can get the gist of what went wrong – our Magnus couldn’t land his Reverse Polarity, they countered us with that Scythe of Vise item pick up, our Veno decided he wanted to try to carry – but to break it down on a microcosmic level is pretty difficult. More than that, it takes some of the magic away, reduces the game into a series of mechanistic impulses and cold-hearted decision-making, a “push button here and cast spell x there to win” mentality. The truth is, Dota 2 is about positioning, just like sex, but that positioning isn’t a simple thing to communicate. It takes time, space, skill and not an insignificant amount of trust. Maybe that makes me a romantic about it.

But maybe that’s also why I can’t get into romance novels, or writing about sex, and always find in those passages an awkward grasping that feels metallic and invasive. Or, more accurately, they feel like a virtual reality, a simulacra, replicating the parts involved, their motions, the smells and sounds they produce in an effort to capture the fleeting feeling of what those concurrent actions mean. It’s as if people who spend too much time reading or writing romance novels, or watching instead of playing Dota 2, are just looking for a cheap sensation, a husk of the actual thing without the work, success, pain and remonstration involved. (Don’t get me started on the voyeuristic nature of the streams, where thousands of people can watch two people watch a game of 10 people.)

One single match in Dota 2 can be sublime, with one team fight serving as its representative moment, and a relationship can be much the same, with sex standing as an instance of synecdoche for the relationship at large. It’s a moment that, for all the words said, gifts given, emotions expressed, intuitively enacts the relationship much more forcefully. When it’s over, you can break out that shoebox of letters, pictures, trinkets, but to attempt to get at the narrative of the relationship by connecting them together is unhelpful at best, and revisionist at worst.

I was playing a game of Dota 2 not too long ago in which I was Timbersaw, an under-utilized hero who many people think is bad because they don’t know how to play him effectively. He requires constant spatial awareness: as a goblin whose hometown was destroyed by treants, all of his abilities benefit from chopping down nearby trees in the process. As such, he must be played carefully, always looking for ways to string his various abilities together.

In this particular match, I was doing especially well as a solo long lane versus a Dazzle and a Phantom Assassin. The details aren’t important, but I was owning the lane, routinely killing them. I became fed, got my items and helped carry our team to victory. After one particular fight in which I killed the Dazzle, that player remarked that I “should probably stop playing this game and go out and get laid.” At that, I sat back, took my hand off the mouse, and put it on the flesh of my arm. I sat there, the hand enveloping its opposite forearm in a slight caress, when their Phantom Assassin walked up to me, crit’ed me for 1350 damage and killed me in one hit. It turns out that, unlike in sex, that’s not a good way to play Dota 2.

As always, it’s about positioning.

Nick Michal doesn’t have a Twitter, but he does have a (nearly defunct) tumblr where he discusses oldies music.