I’ve been desperate for a game to come along that reminds me of why I love gaming.

It’s a common theme of mine, and you might recall that I’ve written Nintendo-bashing columns about dusting off my Wiimotes and finding continued disappointment, but when I popped in BioShock Infinite yesterday morning, I noted with a hint of sadness that there was now a film of dust on my Xbox controllers, too, and I even narrowly missed skipping past a software update while mashing buttons to clean them off. 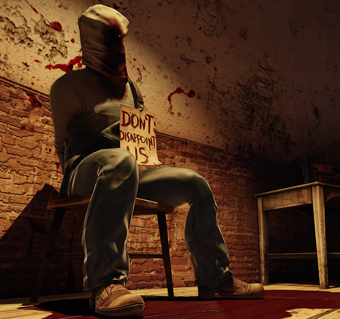 It felt weird just to play my Xbox again. I saw some members of Team Unwinnable pop up on my screen as having signed on to Xbox Live and it almost surprised me to see them there. I even felt overly ambitious selecting “medium” difficulty at the start of BioShock Infinite – because that’s what the game suggests for average gamers. I have always felt less than an average gamer, but I’d gotten good enough to consider myself at least that – if the average gamer gets stultifyingly bored after a few hours of gameplay (I’m looking at you, Assassin’s Creed III).

And so BioShock Infinite started, with my girlfriend watching over my shoulder for about 30 seconds during the opening cutscene. Having someone who likes watching you play is exceedingly rare – my sister Becca is my lone champion, God bless her – but I hoped that maybe something would catch her interest. The best the game could offer in the opening minutes was some cool-looking watery reflections of stained glass, thousands of lit candles and bits of religious dogma carved into marble.

It was all well and good, but she had Sunday brunch with friends to attend to and, the truth is, I was far more interested in impressing myself than impressing her. I walked around Columbia and played a few carnival games here and there, but felt nothing.

Then I got into my first gun battle. Three hours later, I stopped and started to write this, because I had to, because this column is supposed to be about first impressions, not three paragraphs written at 3 a.m. Monday, saying I’d beaten the game and damn was it good.

But damn is BioShock Infinite good.

Like everyone else, I beat the first BioShock and mostly ignored the second one. I don’t read reviews much, but when my friend Geoff suggested I pick it up over a couple of margaritas, I found myself taking a long lunch break the next day and buying it. It sat on my table until yesterday morning, when, due to all the shit going down in my non-ironic, non-gaming, non-snarky, non-Unwinnable existence, I realized I didn’t have a column yet.

I nearly called Stu and told him to fire me. But I couldn’t, because the last thing I’d ever want to do is give that rat bastard the satisfaction.

So – sigh – I realized I actually had to play a videogame.

It says a lot about me these days that that seemed like a chore.

I have been shooting the shit out of religious wacko racists and summoning murderous ravens to eat them alive and it is awesome.

Sure, it was a beautiful day outside, but that wasn’t it. The last few games I’ve played felt like a waste of time regardless of weather; in most cases, Doctor Who reruns on Netflix and Words With Friends on my iPad seemed superior in every conceivable way.

But for the last three hours, Billie Piper has had no power over me whatsoever. I have been shooting the shit out of religious wacko racists and summoning murderous ravens to eat them alive and it is awesome.

As I said, I usually don’t read reviews. I don’t know what to expect from here, but I can’t wait to find out what it is. In Assassin’s Creed, I didn’t give half a fuck about the damn cosmic artifact I was supposed to be keeping from the clutches of the Knights Templar. But in BioShock Infinite, I want to know why I have to get this girl, I want to know why I’m being threatened, I want to know why some poor bastard was tied to a chair and tortured just to scare me. I want to know how and why The Prophet founded a floating city – though clearly the anti-Lincoln rhetoric and the phrenology film strip have made at least part of it clear.

But mostly, I fucking love playing this game. The battles are fun as hell, the controls are intuitive and the pacing is great. Sure, it does feel a bit like it’s on rails, but so did the first one, and the details and storyline and flow erase any feeling of limitation. I appreciate the mix, too, between the bright outdoors and the spookier interiors – even though this game doesn’t scare me like the original.

But the bottom line is this: For the first time in a long time, I’d rather be playing a game than writing about it.

Matt Marrone has loved virtually slaughtering racists since the days of Wolfenstein. You can follow him on Twitter @thebigm.

Douglas Adams Made Me an Atheist