Under the layers of dust and the crust of dried battery fluid, it was still there.

Digging it out, I became an adventuring archaeologist, studying my own life, precariously piecing together my day-to-day existence – circa 2007 – using only the scattered remnants of a left-for-dead videogame console as evidence of a time long since passed.

I cracked open the backs of my Wiimotes, made near-hazardous material by leaky Duracells. For the first time in months, I calibrated my sensor bar, which had been sitting steadfast on my TV stand, waiting in silence for a sign it still mattered, that maybe I’d magically start playing Wii Sports again with my ex-fiancée’s brother.

I haven’t abandoned Skyward Sword. I plan to play it some more before my Wiimotes crust up again

Soon I was slipping a brand-new rubber shell around an old Wiimote, turning it into something called a Motion Plus, and watching an explanation video with female hands manipulating the joystick as if they were slipping on a condom.

Back then, I was sharing a standard def, hand-me-down television in a ratty Hoboken railroad apartment, stealing away to play Metroid Prime on a donated chaise lounge when I was home alone or when the ex was through watching Ugly Betty.

Now I’ve graduated to my own setup. I play Xbox and iPad games – from the comfort of an actual couch – and 2007 sometimes seems like a bad joke.

Still, I can recall those halcyon days of the mid-’80s when my NES was a gateway to another world, and two decades later when the Wii was not just about nostalgia but old classics made new again.

I expected the same from Skyward Sword.

So I washed out the battery compartments on my Wiimotes, followed the Hand Lady’s erotically-suggestive setup instructions, and I began to play.

I’m not a kid anymore. I’m not even the man I was five years ago, or two. But I’m still a Zelda fan, so I was willing to look past the endless cutscenes, the standard-def graphics that just look blurry and the overall lightweight, childish feel of the game. 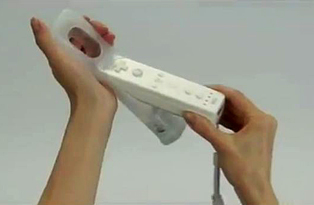 The old Zelda learning curve was still there – I’ll never forget desperately trying to catch a fish in Twilight Princess – and I stumbled around SkyTown or whatever it’s called for a while before I got the hang of it.

I even moved my coffee table for unobstructed gaming in my living room. I slashed and poked and raised my sword and leapt and swung and swirled and dashed. I somehow won a Loftwing race, and made my way down to the surface world where I learned to dowse and shoot a slingshot.

I wasn’t exactly having fun, but I saved some cuddly toy of a creature stuck in a tree and won passage into my first dungeon, where I finally came across some real puzzles, swimming and climbing my way through tucked-away portals and unlocking doors to new challenges.

Perhaps I’d ultimately found the next great game to consume my free time, to thrill me with its new spin on a familiar, comforting theme.

Then a funny thing happened. A new iPad arrived, and later an Apple TV. And I ordered tickets for Broadway shows, and concerts, and ballgames, and conventions.

These days, my gateways are plane tickets and tablets, not a little man in a green suit with an enchanted sword and a weak wooden shield – and I don’t need to force myself to get excited by them, to roll my eyes or clench my jaw through unsatisfying scenes in anticipation of good ones.

I also thought of Skyrim, and Fable II, and how immersed I was in them from the beginning – I’m finished with both, so they’ve now become artifacts of my gaming past, too – and how I didn’t need to make concessions for them in my mind, how I didn’t need to reach back into the hidden recesses of my memory for that unconditional love that still lingers from childhood. 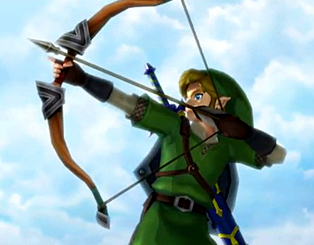 I do see the inklings of something that was once great and powerful in Skyward Sword, but with those more recent games, I didn’t need to give them the benefit of the doubt at every turn.

I didn’t need to make any more excuses for a relationship that’s stuck in a rut, or one that’s really been over for longer than I cared to admit.

Still, though it’s as if I’m being driven away by booby-trapped walls, snake pits and a giant, rolling boulder, it’s too early yet to call this a breakup. I haven’t abandoned Skyward Sword. I plan to play it some more before my Wiimotes crust up again. And though the coffee table has already returned to its usual place, perhaps I’ll slide it over after I finish this column, and you’ll be reading in this space two weeks from now about the moment it finally clicked.

I’m hoping that happens. But I also know that sometimes it doesn’t.

I left Hoboken and I haven’t looked back.

I tried looking back at my Wii, and I all but turned to stone.

Matt Marrone upgraded his life by moving to Astoria, New York, the second awesomest place on Earth after Disney World. You can follow him on Twitter @thebigm.