The inscription in my dog-eared paperback copy of The Hitchhiker’s Guide to the Galaxy carries deep irony. Written in my mother’s clear hand it says “For Gus, Easter ’83.” The book that would help set me down the path to atheism was delivered to me in a basket full of candy and plastic grass on the day our savior rose from the dead. 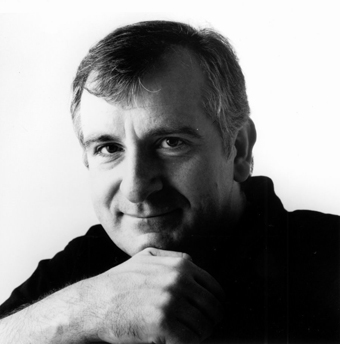 If you haven’t read the book, here’s the elevator pitch: Earth is destroyed to make way for an interstellar bypass and the last human, armed with a book that is the repository of all knowledge in the Universe, goes on a misadventure that teaches him that nobody anywhere, not God, not the greatest supercomputer ever built, not even the dolphins, really knows anything.

Reading Douglas Adams didn’t immediately erase any and all belief in me. That was a long, ongoing process aided, greatly, by life’s many disappointments. Like the time that my 9-year-old sister came home from our Christian school crying because her teacher told her that my father was going to Hell since he didn’t attend church on Sundays. From that point on, every hypocrisy and unfairness stuck in my craw.

I now realize that the inability to forgive the flaws of all the human beings that practice religion is also a flaw of mine. A man I admire greatly, my good friend Tim from Minnesota, goes to church every weekend and struggles mightily to tolerate all the smallness and he does it with admirable grace and humility. If they gave Baptists sainthoods, he would be at the top of the list.

I am not there. And I will probably never be there.

The comedienne Brett Butler once said, “Bill Hicks wanted to be Jesus, but he got stuck at the part where he was kicking the moneylenders out of the temple.” Now that I am older than Hicks ever lived to be, that kind of righteous rage has lost its luster but echoes of it still linger.

Mostly, I just feel guilty because my lack of faith is a deep disappointment to my mother – a woman whose abiding faith and dedication to serving her church and community have defined the last third of her life.

On my fortieth birthday, my mother wrote me a long email hoping to pass on some wisdom and grant some perspective before my impending fatherhood. I could barely stand to read the note for the pangs of regret and sadness it inspired. My mother was bummed that she couldn’t pass her love of God and the peace she got from belief down to her son and daughter. When I try to imagine how that must sit, for a person who knows in their heart that redemption is possible, I feel terrible.

No, my mom couldn’t give me that peace, but she did give me The Hitchhiker’s Guide to the Galaxy – and despite all the doubt and pain (for both of us) that has come since, I thank her.