A couple of weeks ago, my son Halford Ash was born. If you believe the warnings, rumors and wives’ tales, such an event is seismic. Your life, they say, will never be the same. In the months prior to the boy’s arrival, I have done everything I could to get my mind right. I imagined a life without videogames and metal shows. I tried to imagine how I’d fit into that kind of life, not because I thought that all of those things would be gone from my life with the arrival of my new offspring, but because I had, and still do, have a hard time imagining the degree to which my life would change.

Prior to Hal’s arrival, it was very common for me to stay up until dawn playing games. The only major difference now is that I have company.

Here’s an example. Newborn infants live on a three-hour cycle of eating, sleeping, pooping and fussing. That usually means that parents stay up all night, catching desperate naps when they can. Prior to Hal’s arrival, it was very common for me to stay up until dawn playing games, working last-minute on a story or just screwing around on the Internet. The only major difference now is that I have company.

Honestly, I am kind of amazed at the amount of gaming I have managed to squeeze in between diaper changes. I’ve already logged two hefty co-op session of Gears of War: Judgment. Alexis and the boy sat on the couch and watched as I bullied through the first two chapters with online friends. Even more time has been poured into Etrian Odyssey IV. When I’m cradling the boy, I keep a quiver of electronic devices next to the couch – several remotes, two console controllers, a phone, an iPad and a 3DS. Depending on the freedom of my hands I’ll grab one and steal minutes (or more) of diversion.

That means that Ridiculous Fishing, GoatUp 2, Stone Age, Stickman Golf 2, Tokyo Jungle, SoundShapes and Skulls of the Shogun have gotten attention. On top of that I’ve probably watched more television in the past two weeks than I have in the last year. I am well versed in the last two seasons of Dexter – a show I don’t really care for that much – and a couple of episodes into Homeland. 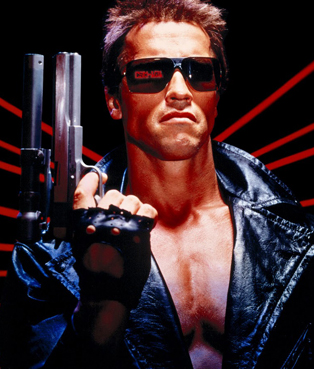 I wrote before that I had hoped to put some of the screens down in order to spend more time with the kid, but I am discovering that there’s only so much time you can moon at a child. Sometimes I look at his little face so long that I become incredulous that it even exists. His tiny features, so full of curves and lines that echo mine, seem impossible. Sometimes, when I look at his face, I imagine that he’s a complex special effect, like Gollum. Or a bizarre hybrid of life – like the human face of Seaman glued onto a fish.

In another instance I spent a good amount of time wrapping my head around the idea that this small child mewling in my arms was an extension of my own flesh – like a piece of my body that somehow revolted, escaped and began a life apart from me.

One part of fatherhood I never expected was the way that my brain constantly assesses and imagines dangers to my newborn. Like the computer vision of the T-800 from The Terminator I’m constantly spotting and analyzing every sharp corner and protuberance – anything that could smash or stab the baby if I tripped and fell or clumsily swung the child the wrong way. Every time I pull a onesie over his head and attempt to guide his arms through the tiny sleeves the words “spiral fracture” pop up on my HUD. I think, now, I understand how children make people conservative. Sometimes I feel like I’m wading in a waist-deep pool of concern and fear. Thank God for games and other distractions that help me tune out those worries.