Here I am in the car, watching the landscape whiz by, the dark grey bones of trees clawing up at the light grey sky. Here I am in the airport, paying too much for junk food and searching for a nonexistent shoeshine stand. Here I am on the plane, ears clogged and head swimming from the dips in altitude. 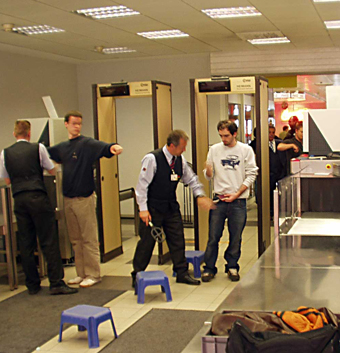 I dislike traveling. It is too constraining. As a verb it overpowers all other verbs, qualifying them, robbing them of their agency. I am not merely typing as I would in my office, I am typing while traveling, hunched, miserable, missing every fifth letter because of this sad little iPad keyboard. Sorry, no, I can’t hear you – my cell signal is dodgy because I am traveling.

My travel is never fast enough. I won’t walk when there is a car. I won’t drive if there is a flight. I am always trying to take a knife and pare out the gristly tissue that connects the places I want to be. I love places. I love being somewhere, doing something, anything. I hate this waking coma of in-between.

Like so many other things I dislike in the real world – violence, driving, raccoons – I embrace travel wholeheartedly in the realm of games.

The Elder Scrolls games have long captured the mystique of travel mixed with exploration. Everyone who has played those games knows the wonderful feeling of seeing a new icon appear on the mini-map. It promises that just over the next rise is something new to see or do, a new adventure to have. To hell with your current mission, fortune favors the bold and easily distracted.

Here I am, on the plane, where there are no interesting sights, let alone detours to bask in them.

The aptly named Journey, one of the most beautiful games I have played in both visuals and in substance, is essentially a game of walking. The core of the Assassin’s Creed games is running across rooftops. One of the things videogames do best is convey motion and movement, despite the player remaining largely still. 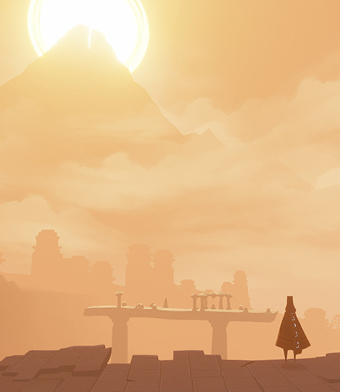 Here I am in the airport, sitting. Waiting. The only locomotion here is trudging through the security checkpoint, shoes in hand.

The feel of riding a horse in Red Dead Redemption was so pleasing that I never used coaches to travel instantly. Aside of the occasional, and very annoying, cougar attack, I was happy to ride from one edge of the map to the other. Most of my time in Sleeping Dogs was spent driving around the city, because I loved the way the cars handled. They had weight.

Here I am in the back of the car, the stop and go traffic setting my stomach aswirl.

Some of my very favorite games are the ones that reinvent travel. Portal did this sublimely with the portal gun, not only in cutting out the distance between two points but also in the way the portals then allow forces like gravity and velocity to be manipulated. That feeling of control over the world is also present in Dishonored when Corvo teleports his way from the street to a rooftop, or when he slows down time to a crawl, picking his way unseen around guards and bullets alike.

Here I am in the front hall of my house. My suitcase is packed. My shoulder bag is loaded. Good-byes have been said. It’s time to be on my way.

This is Your Brain on Dota

Notes on the First Weeks of Parenthood