In the window of my local used-game emporium sits a boxed Collector’s Edition of Tabula Rasa, its ragged price tag scrawled in faded permanent marker. An unwanted fragment of gaming history, a treasured memory for the few who immersed themselves in the worlds of Foreas and Arieki, rendered unplayable when NCSoft switched off the servers in 2009. Tabula Rasa lived for a brief 18 months, and now all we’re left with are relics and memories.

The question of how to preserve virtual worlds has become one of growing prominence in the 21st century, the subject of research by Stanford University and the Library of Congress amongst others. If we agree that much can be learned about a culture from its art and media, then it stands to reason that massively-multiplayer online games – as a form of media built primarily on the interactions of multiple players and the creation of ad-hoc communities – could be an invaluable source of anthropological data for any future historians trying to understand the values and mores of society in the first two decades of the new millennium. Digital preservation of games previously focused on recovering code from decaying floppy discs – and ensuring the survival of outdated hardware or emulation to run it on. That may be enough, but only as long as a game is playable on a single machine. With the rise of online play, digital preservation suddenly became a whole lot more challenging.

How do you go about making people understand what it is to play a game which no longer exists, which can’t exist on a single machine, but only as a globally interconnected web of servers and clients? What key pieces of information or experiences do you store – and in what form – to record what the recent Battle of Asakai meant to the 3,000 EVE players involved? First-hand accounts and videos are useful, but while words and pictures can capture facets of the experience, without being able to play the game itself any attempts to understand EVE from such sources would be fundamentally limited. When Tabula Rasa died, numerous players caught its death throes on video, uploaded to YouTube as a lasting memorial to a world now beyond our reach:

Most of us have come to accept that our favorite MMOs have a limited life span. While the death of a world is still inevitably met with outcry, it takes considerable money to maintain the server infrastructure allowing thousands of players to exist in a persistent world together. At some point, as the player base emigrates in search of the next big thing, an online game will cease to be profitable. So we store our recollections, bid goodbye to the communities we’ve built – or seek them out in some other world – and move on. But single-player games are a different matter: we expect to be able to revisit the games we grew up with, the defining experiences which shaped our teenage years, the stories we were told through jagged polygons and 8-bit sprites. Are our personal experiences any less valuable a history? 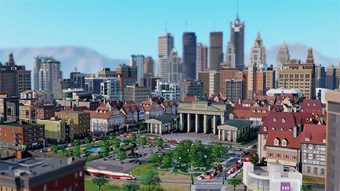 With the recent launch of SimCity our expectations are being put to the test. A single-player game with arguably token online components, SimCity is required to be constantly connected to Electronic Arts’ authentication servers, even when played alone. It would’ve been a mildly controversial move even if the servers had coped with the day-one pressure; instead, the widespread server issues resulting from EA’s failure to account for demand turned the launch into a media firestorm.

Yet Diablo 3 had an almost identical launch last year. EA knows that if they get the servers fixed in the coming weeks, the narrative will slowly swing towards how good SimCity is when it works. We’ll forget that there’s a problem, until EA decides to take it away.

The rise of ‘always online’ is a kick in the teeth to digital preservation efforts. I can still play the copy of SimCity 2000, which taught me the perils of 25% interest loans 18 years ago, but does anyone honestly believe that EA will keep the servers for SimCity 2013 online for a decade? If today’s children want to recall their youth when 2025 rolls around, will they be left with nothing but videos and retrospectives? What about in 50 years, when academics look back at the history of gaming: even a copy of the client-side code and sufficient emulation of a mid-2010s x86 architecture PC won’t be enough to free this single-player game from an MMO’s ignominious death. 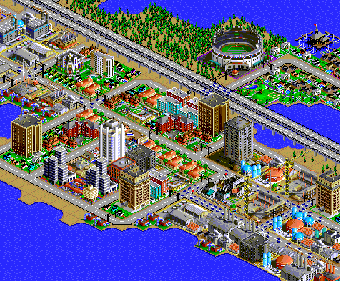 Academics have long speculated about the theoretical risk of entering a so-called ‘digital dark age’, an archaeological black hole where so much of our culture is stored on decaying physical media or encoded in obsolete proprietary formats that it creates a gap in history. While great strides have been taken to avoid a dark age in wider culture, the videogame industry seems to be doing its best to inadvertently drive us in that direction. As the years pass and our consoles seize up and die, our libraries of downloaded titles pass with them, incompatible with newer hardware iterations. The Playstation Network and Xbox Live will last a while longer, but they, too, will go the way of Halo 2 multiplayer and be shut down, locking us forever away from their contents.

Once SimCity and Diablo 3 prove that we will forgive such draconian measures, how long is it until all our games exist exclusively in the cloud, wrapped in increasingly-impenetrable DRM and requiring networks of authenticated servers? How many games will be lost forever when a publisher ceases to profit from their continued existence or collapses under the financial strain of maintaining their data centers? We may be entering a gaming dark age, and it’s entirely within the interests of publishers such as EA to keep us there.

Get Ready for SimCity 5!