The interesting thing about bad luck is that it can be anything. It can be cataclysmic, like the moon cracking in half to create the world of Thundar the Barbarian, or it can be inconsequential, like not winning the lottery.  In all honesty, when we announced the theme of the March issue would be Bad Luck, we expected a lot more of the former. I even specifically asked for stories about noble pursuits brought low. What we wound up with was a much broader spectrum, ranging from silly to scary. Let’s ride the rainbow of misfortune, shall we? 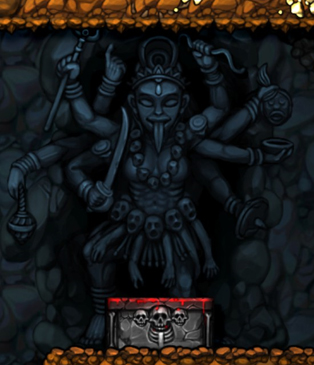 “Tough and Unfair,” by Logan Ludwig
Tim’s problem was that he thought SimCity was fair, but it turned out to be broken. Fairness is something a lot of people expect from videogames. Except Spelunky. That game is a bad luck generator that might actually cheat to make you suffer more.

The random generation that the game employs to keep things fresh and endlessly replayable isn’t perfect. It features quirks, oddities and bad breaks that can ultimately stop a player’s run in its tracks through no fault of their own. Maybe you used up all of your bombs in the early stages and suddenly the level generator makes an impassable route that can’t be navigated without explosives, a very rare occurrence but a possibility. Perhaps the entrance to the Black Market, a key step in progressing towards the secret ending of the game, is buried too far away to reach with the resources spawned into the run. Or maybe the entrance is placed directly under Kali’s alter, forcing you to make a near impossible decision as to whether you want a crucial item, the health regenerating Kapala, or will instead decide to move forward to the Black Market without it, since bombing the altar will lock off your access to the item for the rest of your playthrough.

Essentially, these are bits of unavoidable bad luck, and there are many other possibilities that allow Spelunky to ruin a player’s run. It’s tough and it’s unfair, punishing players simply because of the random draw they were given rather than any fault of their own. I don’t see this as a flaw or a bug though, in fact, I see it as a feature. The cold hard math that makes Spelunky run is a thing of beauty; it’s a mechanically dense, endlessly complex game that, even after multiple wins against Yama and several high score runs, I struggle to master. But the thing that truly brings Spelunky to life isn’t the perfection of its core, it’s the imperfection. To play Spelunky is to hate Spelunky. To relish in your rare but hard fought victories against a system that seems designed to beat you, by any means necessary, even if that means the game sometimes breaks its own rules.

“That Time I Met Carrie Fisher in a Snowstorm,” by Ashley Barry
Sometimes a little bad luck can be a good thing. Sure, when you’re in the middle of a snow storm without a winter jacket, that sucks – but when you’re out in it to meet one of your heroes, that little bit of suffering makes everything more memorable. The salt in the soup.

The intense cold was making our faces raw, but we had time to kill, so we walked around the perimeter of the theater to try to find a side door. Really, we were scoping out a potential place where Fisher might sign autographs after the show. My then-boyfriend had a bizarre talent for locating celebrities and getting their autographs, so I was lucky to have him with me. Just as we located the side door, a sleek car with tinted windows pulled up and out walked Carrie Fisher. I grabbed hold of my ex’s hand because I couldn’t speak. As she strolled past us, I shook his hand to get his attention, but he missed her because he was mesmerized by something on his phone. 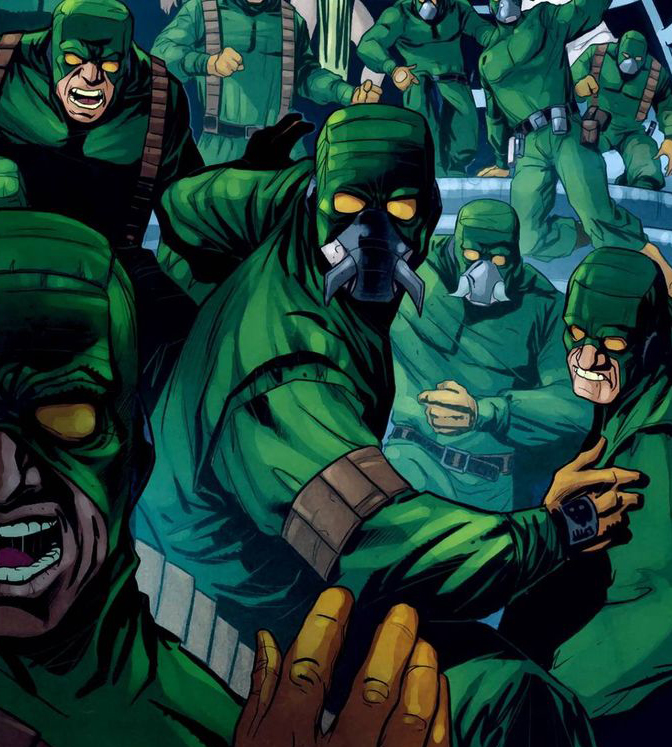 “The Henchman’s Lament,” by C. T. Casberg
If there is one profession that is prone to bad luck more than any other, it is the henchman. C. T. Casberg should know – he was one when he worked as a linguist for the NSA.

The reason I break my silence now and face certain doom is to make a simple plea: remember that henchmen are people too.

We do in fact have families, hobbies and dreams. We do have aspirations to be more than mere cogs. I once worked with a man who aspired to be a sprocket. Sure, I think he may have spent so much time in the Employee Reeducation and Compliance Box that it melted his brain and made him literally want to be a sprocket, but it was an aspiration nonetheless.

As Pope Francis – the archlord of a rival cabal – once said, “Who am I to judge?”
It may not seem worth it to risk life and limb to ask for pity, but I assure you it is. We get so very little of it. The forces of liberty and justice can’t be brought to their knees if henchmen don’t do what they do, yet recognition – let alone gratitude! – is scant, like water in the Atacama desert. We hammer away at our keyboards day in and day out, impeccably transcribing every call you’ve ever made, filing away each of your texts and categorizing every last one of your nude selfies. We are compensated for our endless labor with only the cruel lashes from a monstrous, whip-wielding robot named Cat O’ Nine Thousand Tails. Lunch at Green Beans is its own punishment, for the food is terrible and riding in those black silos is very, very scary. 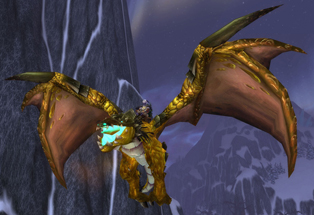 “Thrill of the Hunt,” by Will Harrison
Unlike Spelunky, luck isn’t much of a factor in World of Warcraft. You grind, you team up, you triumph. The amount of time you are willing to invest is the biggest predictor of your success…unless you have a spotty internet connection.

I waited. The tacos of early morning were long gone and hours passed in what felt like an eternity. Three hours into my hunt and seeing nothing, I decided to take a risk and run to the restroom.

Rushing to the lavatory with the speed of a man who had spent an entire morning eating tacos, I made haste in doing my dark business.

Then, tragedy struck in the form of a spotty internet connection. My internet provider was a local company known for cheap rates, not for quality service. Multiple times during raids I disconnected from my team, logging back on only to find bodies strewn across the field like paper dolls.

I sprinted to the living room upon hearing the music of the Storm Peaks cut off, only to find my character disconnected. 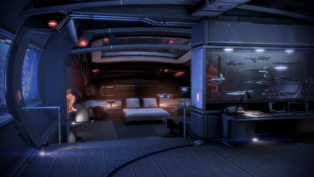 “Up All Night to Get Lucky,” by Amanda Hudgins
In some ways, BioWare games have evolved from being elaborate RPGs to being dating simulators with elaborate RPGs tacked on. In our experience, the wooing is far more interesting to many players than the high adventure. So too for Amanda Hudgins. Unfortunately for her, her Commander Shepard had no game.

I had my heart eyes set on one character: Joker.

His bones are made of glass, you tell me, aghast. Nonsense. I would’ve been gentle.
I would come in every mission and talk to Joker, even when there was nothing to say. We would sit in jokey, companionable silence in the helm of the ship and I would think that this was ideal. Even when it became abundantly clear that he wasn’t a romanceable option, I continued to stand behind him, continued to visit with him.

This probably says something about my personal choices in partners, something about how I try to attain the unattainable. Joker wasn’t quite broadcasting disinterest, but he was not an option. I just liked him better than say, Kaiden or Ashley, who both were incredible bores. I was hard pressed to rescue either of them when the game gave me a choice. Human characters in Mass Effect are like the human characters in an Anne Rice novel – simply there to service the more interesting non-humans. 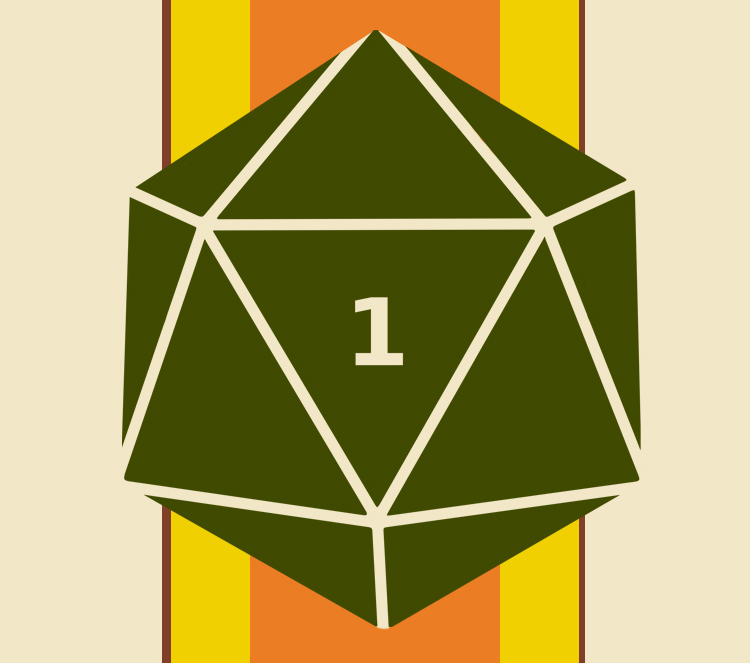 “Bad Luck is Bad Play,” by Samuel Wicks
Finally, sometimes, there is no bad luck, there’s just you. Yea, you, ya jinx. As Samuel Wicks argues, often the unfortunate events we call bad luck in the games we play are actually mistakes we make because we don’t base our tactics on mitigating potential bad luck.

Games like Blood Bowl offer even more chance to assign blame for bad play and even better odds for success. Because it’s based on a d6 system, your odds of failure are often only as low as 1/36. With the reroll system, your odds might even be as good as 1/1296.

No matter how good your odds are, any chance to fail is a chance you need to be ready for. And if you’re not, you only have yourself to blame. Not the dice, not your bad luck, but your own failure to prepare for failure.

I, Murderspy – An Excerpt from Unwinnable Monthly 96