I keep having this weird dream.

I’m on a rocket ship in outer space. Sometimes I’m strapped into a seat, but often I’m in free-fall. Often there are other people on the rocket ship, but sometimes I’m alone.

Sometimes the rocket ship isn’t floating through space. Sometimes, instead, it’s on fire and trembling – it is reentering Earth’s atmosphere, presumably because of a mechanical failure. Sometimes it isn’t a rocket ship at all: sometimes it is an airplane that is crashing. A few times I’ve found myself inside a flooded submarine. 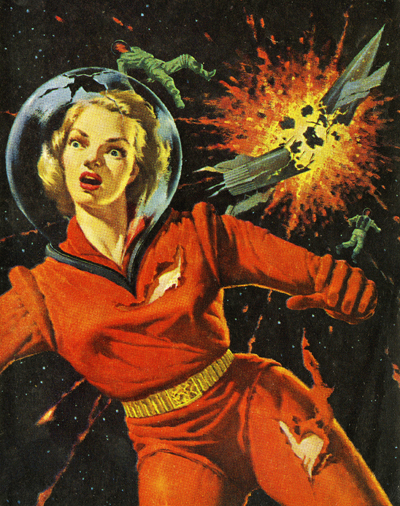 Sometimes it’s an elevator wheezing toward the top of a swaying building. In some versions of that dream the wires snap, and everyone in the elevator plunges toward the bottom floor. Sometimes we hold hands.

I know these don’t sound like the same dream scenario repeating itself, but I also know they are, because the same feelings of tremendous emptiness – of very lonely terror – color all of them. My dreams are themed.

I have another recurring nightmare where the elevator doors open and I step out onto the rooftop of a very tall building, thinking I will be all right. But then the building shudders, lurches, and begins to tip over.

Just as my little blue car broke away from the outskirts of Chicago, I cursed out loud.

“What,” Whitney said. “What did you forget.” Whitney was driving.

Whitney’s eyes were trained on the dark highway ahead of us, but I saw her jaw set, the corners of her mouth get tight.

“I can mail it to you,” she said firmly.

“Sure, it’s still on top of the – it really isn’t important, actually,” I said. I put my forehead against the window.

The nighttime made the window seem perfectly dark and blank. I took off my glasses and closed my eyes.

The Dig, LucasArts, 1995: You play as Boston Low, commander of a small crew that will be, in very short time, stranded on an alien planet.

Upon its release, critics frequently likened The Dig – sometimes unfavorably – to Myst, another oppressively cheerless adventure game of the era.

“I will say this,” I typed three years ago. “I do remember that feeling of alienation, some intrinsic melancholy, in playing The Dig.

“I had – perhaps narcissistically – misattributed those feelings to simply being a 13-year-old girl,” I continued, “and to being the sort of 13-year-old girl who sits all cooped up, hours at a time, with a CD-ROM spinning and spinning in front of her.”

It was hard for me – back then, but maybe now, too – to decide whether the game’s characters were lonely, or if I were the lonely one instead. 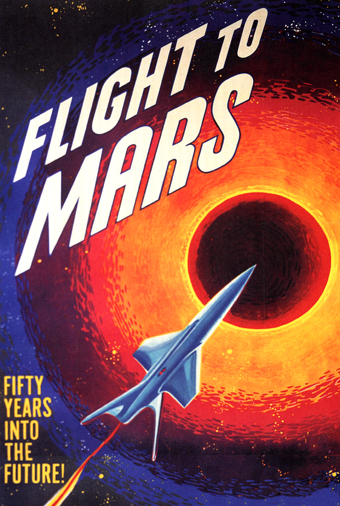 I am confessing this in a small chat window. I had read about the proposed mission in October. Now, three months later, I’m lying on my stomach in my mother’s bed, legs swinging, instant-messaging my friend Conci.

“See, I can’t stop thinking about it because I have this recurring nightmare, right,” I explain to her, “where I am on a space shuttle and as we break out of the atmosphere, I realize I have been an idiot for being scared of crashing my whole life, because even scarier would be to be lost floating in space.”

“So how cool is it that NASA is making a list of volunteers who want to live my recurring nightmare,” I type, “and how cool would it be to face it!”

“Things I have thought about,” I type. “One. I would probably burn up. Two. If I lived into my 60s they would probably have to send a different guy up to shoot me dead like a horse. I mean, they obviously do not expect the astronauts to live into old age. And most of all, three. We would all die of weird viruses or bacteria or skin diseases in the most face-meltingly horrific ways.”

There is a long pause on the other end.

“You’re a little twisted,” Conci types. “You know that, right?”

The cartridge is supposed to be packaged along with a 30-page manual and an overlay, but of course my copy is loose. So when I play Space Shuttle I’m usually cross-legged on the floor, squinting at my laptop for instructions.

Space Shuttle requires your fiddling with the physical switches on the console itself, where each switch represents a toggle on the shuttle’s control panel. The VCS’s switches are small metal barbells that make a satisfying “clack” when they’re flipped, giving the entire simulation a kind of corporeal authenticity. My Atari has six switches instead of four, so my spaceflight could well be more complicated than somebody else’s.

Space Shuttle is very slow, very tedious. Docking is probably the hardest part, but reentry is much more stressful.

There are three important stages to Reentry: Entry Interface, TAEM and LOS. Position, altitude, velocity and heading must all be exact to both properly manage the tremendous heat buildup and correctly position your shuttle for the Final Approach.

I am scared, most of all, of falling out of the sky.

“Do you mind if I ask you when it started?” the stranger sitting next to me is wondering politely.

I tell her it began in college. She asks me whether my phobia has anything to do with the 2001 terrorist attacks.

The truth is too embarrassing to admit, but anyway, it’s this: I don’t like flying alone. I used to not mind, but now I do.

I don’t like flying on planes without my mother. If a plane’s engines were to stall, if a wing were to suddenly snap off, I think I would be okay just as long as I could hold my mother’s hand during it.

A couple of days ago, one of my closest friends – a retired Latin teacher – called my cell phone.

“I was thinking you might not want to stay there by yourself,” she said.

“Yeah, uh,” I said. “There are all these oxygen tanks in the living room now. So that’s weird.”

This morning my mother’s nurse stopped by the house to pick up a check.

“Did anyone talk to you about the tenants?” she asked me.

If a plane’s engines were to fail, if a wing were to suddenly snap off, I think I would be okay just as long as I could hold my mother’s hand during it.

“Not yet,” I said, dropping wearily into a kitchen chair.

“Okay,” I said. I grabbed a yellow legal pad and wrote some things down using a permanent marker. Then I stared at my notes. Then I looked up and stared at the nurse.

In the evening I walked the dog, finally. I had been avoiding it.

“How’s your mom doing?” the man who lives around the corner asked me.

He blinked. “I didn’t read anything about it in the paper,” he said.

I nodded. “That’s because I haven’t written it yet.”

“I didn’t realize her health was so bad,” the man said.

“Mothers do that,” he said.

I hurried home, newly committed to writing my mother’s obituary. I sat down at my childhood desk. How to begin? Well, first I needed a proper mouse pad.

I opened a drawer. Nope. Another drawer. No. Another.

I opened my top dresser drawer and stared at a 98-cent copy of SimCity 2000.

I smiled. I groaned.

A couple of months ago the rocket ship dream came back, except this time I was outside the rocket ship, pressing buttons, throwing switches, concentrating on some sort of launch procedure.

In that dream, I turned just in time to see the ship’s doors closing.

It has taken me a long time to understand this dream.

I’ll never type it out, I don’t think ever, but I did stay for it, and I held my mother’s hand.