One of the high points of being a gamer is the ability to share what I love with other people. It’s the reason why I keep such a robust library of physical media in an age of digital delivery and emulation. I like to invite people over, subject them to games of varying quality and watch their reactions of delight and/or horror. Sharing a game is sharing an experience, and through the games we play, we learn more about each other.

This is why I’m so delighted/horrified that Depression Quest exists. Now I have a poignant way to help friends and loved ones understand what I go through on a daily basis as a person who struggles with severe depression and anxiety disorder. When they don’t understand, I can give them a chance to live a facsimile of my life in an hour. The game’s choice system strikes out logical, healthy options the further you get into your downward spiral, brilliantly emulating in a concrete way what it’s like to feel helpless. It might seem frustrating to a content, happy person to have those choices removed, but that’s what depression does to you. It’s not fun, by any means, but I don’t feel that an experience always has to be positive for you to glean something from it and grow as a person.

[I]n the most literal way possible, Depression Quest is Unwinnable.

That covers the delight. The horror comes from playing it as a person still struggling with these problems every day, and how uncannily accurate the game’s text is at portraying the depths of mental illness. I say “struggling” as opposed to “suffering,” because suffering makes you a victim. Struggling makes you a survivor. It’s a little mantra I adopted years ago during a particularly rough time in my life that ultimately led to an extended period of unemployment and a loss of a lot of my friends. I like to think that I struggle instead of suffer, and Depression Quest gives you the option to do either.

So, on my first run through the game, I asked for help when it was offered. I told my partner what the problem was. I rejected medication, but sought out counseling. I made healthy choices. I wasn’t power gaming so much as taking the path I try to follow in my own life whenever I can.

“Try” being the operative word here.

The results were inspiring. Hopeful, even. Not great, but bright enough that I felt good about the experience. But it wasn’t enough. I needed to see how far the game would go, especially if I took a suffering path. I needed to see how Depression Quest played out – and in a way, how the rest of my life might play out – if I played it as a victim of depression, not a survivor. It’s a role I’ve fallen into more than I care to admit, and based on how many times the game made me look over my shoulder to see if someone was making a game about my life right now, I trusted it to give me a glimpse at the bottom of the downward spiral.

So, close to a month after first playing Depression Quest, I went back in to see what the worst outcome might be.

The opening is the same. I’m a college student, and I have a significant other named Alex. I worry that she doesn’t really “get” what’s going on. We spend a lot of time watching Netflix. It still sounds dangerously close to several of my own past relationships. 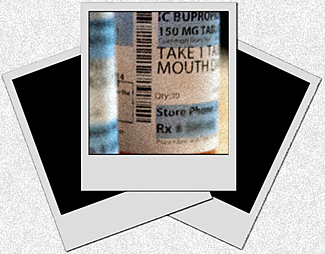 After work, I have some options. Where I tried to get some work done on the last playthrough, this time, I decide to crawl into bed. I did this just last night after a long day at work, so it seems fitting. With that one choice, I’ve headed down the other tine of the fork. I’m Very Depressed. I missed several calls from Alex, and almost had a panic attack.

One choice put me in this place. Is every day a choice like this? I try not to think about it too much, but I know I’ll have to eventually. Next.

The night of the party. The option to shake off the funk and go is, as always, struck out. I don’t agree to go. I back out. Alex is upset, but seems to take it well. I beat myself up, both in-game and out. Next.

The confrontation with mother. This is where I try to be honest with her, but that option isn’t available anymore. I can blow her off or change the subject. She tells me to think positive. Nothing new here. That’s how moms are. The game does a good job of characterizing what it’s like to be a 30-something with parents who were born in a time where you didn’t talk about your feelings. Next.

The phone call. My friend wants me to take a kitten from his litter. The last time I was here, I said I couldn’t take a kitten. It was too much to handle. I do the same here. It seems less healthy this time. I really love cats. Next.

Friday afternoon. The call from Alex. In the narrative of Depression Quest, this is where you have a major choice. You can ignore the issue and spend the night watching Netflix, or you can talk to her about your problem. I feel like, at this point, I should try to turn things around. Fuck my experiment. I don’t want this for my avatar. I don’t want this for anybody. I want to talk to somebody about it.

But at this point, all options are removed except for ignoring the issue. There’s nowhere else to go but down. Maybe I’ll have another shot later. Next.

The coffee date with Amanda, an old friend from school. She asks what’s wrong. Here’s my shot. I can notice that my hands are shaking. I can change the subject. Instead, I react aggressively. Though coffee drags on for a bit longer, it’s functionally over at that point. I’m sure I’ve done this to people in the past, and I feel as much a heel now as I did then. Next.

The dentist appointment, followed by a visit from my brother. He’s incredibly successful, while I’ve been grinding my teeth due to stress. When pressed, I lie to him and say it was a routine cleaning. Here, I’m genuinely surprised. My brother can tell something is wrong and wants to take me out to dinner. He was always kind of an ass on my more positive playthrough. Why are people always nicest when you’re at your worst? Next.

Wednesday. The only option is to call in sick. Going in isn’t even an option. We might be out of options at this point. That fear is nothing new. Next.

Fast forward to 2 a.m. on a Sunday. This entire passage chokes me up to the point that I can’t even put it into words, so I copy/paste it directly:

You roll over to see the sickly green glow of the time displayed on your LED alarm clock and let out an exasperated sigh. You’ve been trying to fall asleep for over three hours now to no avail. Every time your head hits the pillow, you’re overcome with anxious thoughts that wrap themselves around each other. Worries about your job lead to worries about your future lead to worries about your very identity, and you’re unable to shake them off long enough to doze off. Your eyes won’t even stay shut as your mind races through imagined scenarios going horribly wrong, which you promptly attribute to your general worthlessness.

Your thoughts run too fast for you to come to a satisfying conclusion on any one of them. Your room is completely silent, but the silence has given way to a loud static noise rattling around inside your head. Your heart beats loudly and you worry it’s beating a little too fast. You worry that if you focus too strongly on your racing heart, you’ll freak yourself out hard enough that you have a heart attack.

You have to be awake for work in a mere eight hours, and you know your performance has been sagging lately, and that this won’t help the situation one bit.

What do you do? 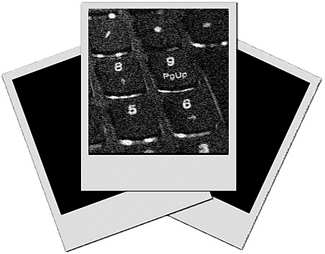 Jesus. That hits so close to home that shards of it are probable embedded in my front door. Thinking too much and too fast is the reason I have a speech impediment. This was me, three nights ago.

The only option is to avoid sleep and use the computer. I end up in an IM conversation with my friend. No matter what, I end up telling him everything, as it’s part of the story. I feel better, and so does my avatar. But then, the dreaded question of whether to see a doctor or not comes up.

Last time, I said yes. This time, I decline. My friend says there’s no shame in being depressed. Is there? I’m still not so sure after 15 years of being this way. Next.

A long day. No energy left. No chance to reach out to anybody. I don’t burden anyone. I distract myself. It doesn’t work. Next.

Dinner at parent’s. Nothing new. Mom questions me about work. I excuse myself. While in bathroom, brother says he’s proud of me. Never said it before on happier run. Why now? Next.

Alex’s seduction. No choice. Tell her I’m not in the mood. Awkwardness too much for words. I leave. Next.

Work sucks. Turn on the TV and zone out. Numbness. Next.

In bed with Alex. Do I tell her what’s wrong? No. Next.

Saturday. Alex wants to know what’s going on. End the relationship. I’m not making her happy. Next.

Christmas. Parent’s place. Brother and his wife are there. How am I doing? I open my mouth. Nothing comes out.

No Next. Just the final word from the author.

I take an hour or so to process what just happened. What do you write after experiencing all of that? That Depression Quest is an excellent teaching tool for helping people understand what it’s like to live with depression? That it proves that games don’t have to have happy endings to be worthwhile in a narrative sense? 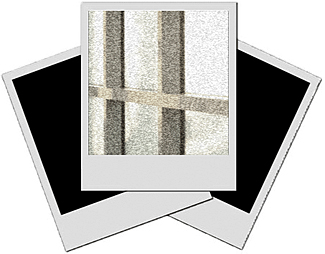 How about the way that it supports the thesis that interactive narratives are the most powerful and effective form of storytelling, when executed thoughtfully?

All of those things seem pretty evident after experiencing two very different playthroughs of what was the most difficult game I’ve ever played.

On my first “run” through Depression Quest, I struggled. I struggled in the way I normally would if I had the resources at my disposal necessary to fight it wholeheartedly. However, in the most literal way possible, Depression Quest is Unwinnable. Even on a “perfect” playthrough, your avatar is still depressed and struggling to keep moving forward. That’s because serious depression isn’t easily cured. There are no hard and fast solutions, and slips are common. It’s like living with a disease, because it is a disease. Depression Quest has to be Unwinnable. It’s the only way the game would have ever had an impact, and I’m glad the authors didn’t cave in to classic gaming conventions by offering a rosy ending. For a lot of people, depression never really ends. You just get better at living with it.

I decide to stop writing. I close the browser window to keep the music from looping. I pick up the phone and call my mother. I neglected to tell her that I won’t be leaving the country after all, and she’d be thrilled to hear that. Next.