Here at Unwinnable, we’re always trying to bring you unique and fresh games writing.  But we also know that we’re not the only ones out there with the same goals in mind, and we love hearing about approaches we’d never have even considered. That’s why we’re all about Sneaky Bastards, an Australia-based website devoted to all things stealth that wants to change the way we read and write about games.

Dishonored is a significant release for the stealth genre. We want to give it the coverage that…a review on the website doesn’t allow.

These guys have some interesting ideas: first, to create a critical compendium for a single videogame title – in this case, Dishonored, by Arkane Studios. Second, to make it a published, physical magazine, to no profit of their own.

Sneaky Bastards’ creator and editor-in-chief Daniel Hindes talked to me about Dishonored and how the idea for a magazine came to be.
“I flew to San Francisco to see the game in its first public showing and I had a big old chat with [Dishonored’s creative directors] Harvey Smith and Raphaël Colantonio about all these nitty gritty stealth questions that no one else asked or would care about,  and it was great,” he says. “That, combined with seeing [Dishonored] in motion made me realize that this is a significant release for the stealth genre…When something like this comes out, we want to give it the coverage that just doing a review on the website doesn’t allow us to do.”

The finished product will be a printed magazine of about 100 pages, consisting of long form articles on the stealth aspects of the game as well as its history, inspiration and story, while also including interviews, original art and high-resolution screenshots and photographs.

The magazine’s designers are working with Arkane Studios but insist the production will stand apart from the developers’ PR engines. “I think that people were worried that this was going to be something that Bethesda and Arkane had a significant hand in, but it’s more of an independent publication,” says Hindes. “When we say we get critical we do, absolutely. Dishonored isn’t a perfect game [and the magazine] is not a hundred pages of us praising it.” 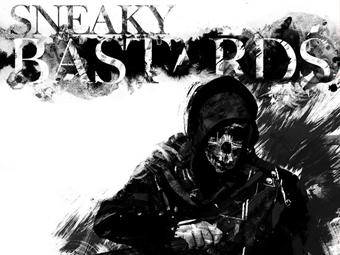 Why bother with a print version, though? Hindes has given a lot of thought to not only the content of the compendium but the delivery technologies available for distributing it. “You’re starting to see games blogs branch out and become differentiated through their approach to content. They are a lot more introspective and…academic and much more broad. It’s not just news/reviews/previews and that sort of thing; there’s some great stuff starting to come out,” he explains. “We wanted to take it a step further – what I’m starting to see is because of this proliferation of games blogs, people are getting fed up with the ‘post post post post’ mentality. They want something a bit meatier and a lot of the blogs are starting to provide that…[But] I don’t want to sit at my screen and read them. That could just be me, I’m sure others are perfectly happy to do that, but I want to hold that in my hand and actually be able to read it. So that’s what we want to do with Dishonored: re-contextualize the way people consume that information, almost to give it a greater sense of presence and significance.”

There’s a lot of interesting stuff in there. For one, Hindes is not just talking about a shift in games journalism – he’s actively working to push it in the directions he foresees for the industry. Directions, we might add, that Unwinnable largely agrees with. But a game-specific publication is something new. We’ve seen official books released by the developers and studios, light academic-ish books like the “Popular Culture and Philosophy” series and essay collections on subjects like level design, gender representation and general gaming topics. But a textual exploration of a single game is something new.

That’s what we want to do with Dishonored: re-contextualize the way people consume that information, almost to give it a greater sense of presence and significance.

But why a magazine, instead of any other printed medium? “I think a magazine does give a different implication. It’s a lot closer to what we’re actually producing than, say, a book,” Hindes explains. “It’s a collection of in-depth long form analysis, but it’s not a chapter by chapter, consistent, linear exploration of the game from start to finish. There are a whole different set of topics that we cover and approaches that we take and it all comes together. We’re laying out the format to create consistency without forcing the reader along.”

If the idea for a long form printed magazine proves successful (and judging by its Kickstarter, it’s doing pretty well for itself) Hindes and the rest of the Sneaky Bastards contributors hope to work next on a magazine companion to the Splinter Cell series, the newest installment of which, Splinter Cell: Blacklist, is set to release on August 23, 2013.

Dishonored, genre-specific games journalism, print media, or stealth games in general – if any of that is your cup of tea (or tumbler of Elixir, as it were) then you can check out the Sneaky Bastards Kickstarter page, or purchase a copy of their Dishonored magazine when it comes out this spring.

Rookie of the Year: How To Fall in Love with Someone You’ve Never Met