The story of college football star Manti Te’o’s fictional dead girlfriend, if somehow you haven’t heard it yet, is riveting.

As a professional journalist, I couldn’t get enough of the story, practically from the moment it went up on Deadspin. I had breathlessly emailed it out and Facebooked it by the time Notre Dame confirmed the report later that evening.

What I didn’t tell my colleagues is that I too fell in love with a girl I had never met.

No matter what is to come of Te’o – details are still emerging, even weeks later – I knew at the time we were witnessing the moment the term “catfish” (something I’d only heard of myself a few weeks before) would enter into the public consciousness.

In our 5 o’clock news meeting that day, I noticed this: my older colleagues not only had never heard of catfishing, but found it nearly impossible to believe it could happen. It wasn’t even the duplicity that confounded them. They were instead asking this question:

How could you fall in love with someone you’ve never met?

As the resident tech geek, I tried to explain it as best I could. I told the story of a girl who faked her own death on a message board I used to moderate, and how it hoaxed and hurt people who had come to care about her. I told them, too, of the great friendships I’ve made online, and how I’ve used them to travel through Europe, and even live in Scotland for a spell while writing my graduate thesis.

What I didn’t tell my colleagues is that, on that same message board, I too fell in love with a girl I had never met.

It’s not something I think about too often anymore. It’s a part of my past that feels so ancient it might as well have happened in a previous life or to one of my ancestors.

Although I never met her, I have little doubt she was real. She was also very married and, eventually, as the distance between her home in suburban New Jersey and my apartment on a hilltop in Prague seemed to shrink somehow, and our late nights of laughing online until we cried turned into something less than innocent, we called things off. Beyond a harmless message-board post or two in the years that followed, I never heard from her again. 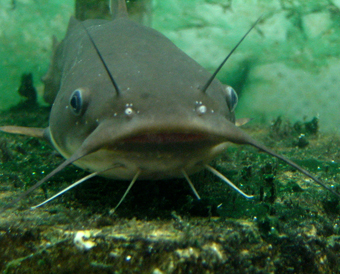 It’s not worth sharing too many more details and certainly not her name. All I’ll say is that I hope her marriage has healed and she is happy; at most now I would only wonder if that were so, and perhaps what she thought when our mutual favorite band broke up last summer.

I do know my feelings were real – though looking back on it now, love is probably way too strong a word for it. Although I had seen her pictures, the way our brains and senses of humors meshed, how she would have appeared in person didn’t seem to matter much to me. To be honest, I found her attractive but would never mistake her for my type…but who cared?

The late nights we shared online, though they were over AIM on laptops and not over drinks at fancy restaurants, were not phony nights. I lived them as much as I’ve lived any other; perhaps it was a product of my youth and the distance and the sort of strange transitional period my life was going through at the time – I can’t fathom something like this ever happening to me again – but that doesn’t change anything.

It doesn’t make it fake.

The Internet can be dangerous, a playground for the likes of Ronaiah Tuiasosopo or any number of the nuts on that MTV show.

But one thing it is, whether you’re comically gullible or extraordinarily discerning, is real.

And so, too, is the joy and pain it can bring when real people live with it, love with it, or lose with it.

Rookie of the Year, Technology

Rookie of the Year: I Posterized Geek Flea 3