A TL;DR History in Hypertext

In January, my game of the year was London, Rock Paper Shotgun and London

London’s black towers and grand squares and pockets of receipts

Every bar a dungeon

Every train a Half Life

The street lamps bore down like detectives in high collar coats

And Rock Paper Shotgun on late nights on empty stomach

Haha, our streets and no one else’s streets

In February, my game of the year was BBC Broadcasting House

Blitz bombings and service proud in the mouth

Nights in the sound box, squinting at heroes

Laughter to manage, and jokes to record

A thousand people and a thousand programmes stared

Paperwork and legal and scripts with hurried biro

The news roared down throats

And tweets upon tweets chattered how and why

David Tennant is in the lift, and John McCarthy’s car is late

Gemini Rue in the dark at home

In March, my game of the year was GDC

Faces and faces of unfamiliar familiar

Tim Schafer is touching your elbow at the bar

Ben is peering at you with curiosity

One Life Left is storming through crowds

Bastion‘s voiceover was recorded in a cupboard

A day queuing at Blue Bottle is a week of conversation

And every morning was a lifetime

In April, my game of the year was rent, food and bills.

Weeks of staring at a screen or a manuscript

Words crawling down my face and hands

Proofreaders’ symbols scrolling across my dreams

Stovetop espresso and off bagels

Six hours of pub wifi drinking only one Coke

And people asking why I wasn’t there

And who I was

I took a cheque to cash and ate dry bread, ego hiding

I hid in games

In May, my game of the year was not crying at my temp job

And wondering when my career would start again

And thinking so little

And yet the secretary wished she was me

I did not wish I was me

Ate nothing, wished nothing, wrote ugly paragraphs and

Was abandoned over and over I had a too-obvious heart

And a face that looked like the dullest kind of past

I was not my achievements

I was a look in a bar and nothing

In June, my game of the year was Dys4ia

And my body seemed my own again

Was it ever someone else’s?

And Twine and the book would not go away

And there were words unused on a broadcast

And they were important words

They were words that would be heard

And I looked at Rock Paper Shotgun

And knew it was something

It was the first time I knew

It taught me to know

And I have known ever since

In July, my game of the year was DOTA (again)

But the head of a BBC department scowled at me

Why aren’t you already a producer, he said, waving my CV

Why aren’t you already making the programmes you want

Why haven’t you done it already

Now tell me who is the head of the BBC

Because it certainly isn’t yours

In August, my game of the year was dancing like fireworks over rooftops

Dancing was for the empty fire in the soul

And I planned to fill it

There were twenty gin and tonics on every corner

There were couples in every bar to hate

There were birthdays every week to forget

I kicked hot men up and down aisles

I bought underwear to dance in and laughed

In September, my game of the year was becoming what I’d always wanted to be

And at work I lay in the sun and made games

I sold articles and wrote about things I loved

I played Journey and cried

It was The Cure at their most happy

And I never shut up

In October, my game of the year was cresting and being thrown onto rocks

It was a month of exhausting misunderstanding about myself

And mistaking my ground for another ground

Another ground that does not matter

Once you stand up on that ground, no other ground exists

And people will come and embrace you just because they heard

Make a pact with the devil it said: sacrifice happiness for words

Others will sacrifice other things to gain happiness

But you, you just devour yourself or are devoured

In November, my game of the year was writing. Writing, writing into a coma

People asked if I was okay

No one is ever okay

Don’t people know that no one is ever okay?

Write about how you are not okay and I will listen

Then I will be okay

In December, my game of the year was GOTY lists, like hundreds of shopping lists caught in the wind

All connected to the heart 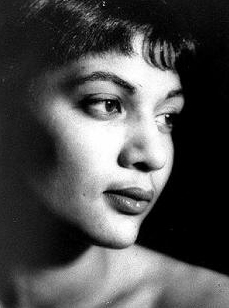 We gamed our feelings and our code and our hope

We gamed innovation and we gamed our bank accounts

We gamed love and lost

Every year we game love and we lose

But in January, it will be our game of the year again

And we will play again

Follow Cara on Twitter @CaraEllison. Photos were taken by Daniel Griliopoulos during an outing to England’s National Museum of Computing Bletchley Park, the birthplace of the modern computer, and they mostly depict the guts of those early machines.