I can’t remember thinking The Smiths were a miserable band until I started listening to them when I was miserable and then I became…well, a “Girl Afraid.”

Morrissey seemed the answer. And then, it seemed like he was mocking me. He was telling me, and not showing me. “Back to the Old House” ate me whole. I stopped listening to music. It can’t be my drug. I do not participate in music like the characters of Phonogram; I am a muggle almost, as if I do not understand music’s power or how to interpret it. When we first met, a now-close friend told me that I am a Belle and Sebastian lyric (I want it to mean that I am beautiful and Scottish and mysterious) but I have no idea what that means. I just know that music happens to me, and I can’t do much about it.

A friend told me that I am a Belle and Sebastian lyric (I want it to mean that I am beautiful and Scottish and mysterious) but I have no idea what that means.

Pass the rum. I need it for this. This is coming out all High Fidelity.

Why can’t I talk about games like this? What is stopping us? Is it the Call of Duty bros? Fuck that. Call of Duty is some emotional shit. Grim Fandango is a fucking fine wine of quiet contemplation and mariachi; I agonize over Bioshock because he played over our save, goddamn Sven Co-op is in some of my most fucked-up happy dreams, don’t even ask (I know that you will ask). We worry about our kids being desensitised by the violence in Call of Duty, but even non-violent games have trained me to become needy for a reaction, a thrill ride, that dopamine rush. They have trained me to be emotional. That’s dangerous, kids. Use protection.

No. Videogames are a hazy cocoon in which I can work out where my passion and hurt comes from: as if in therapy, I wrap myself in remembering them. Videogames are something that I participate in, am active in. They are intrinsically part of my romantic life, my sex life – any life in which I have been around people or loved people or been upset with them. There is rarely a time when I have not associated the men that I have loved with their favourite game, or by the act of my playing a certain game when I am in love with them, or the act of lending a game, talking about a game, the game that in between sex you play together, like foreplay.

There has never been a time where I have not associated someone I loved with how they played a game. Relationships are life co-op.

To cry, to cry over a keyboard. That is a thing.

In Shadow of the Colossus, you ride in on a horse with a dead girl. You hold this girl up in her white dress, lifeless, to the altar, and you think that this is who you care for, and you know that you want her back.  She is mysterious: you want her. 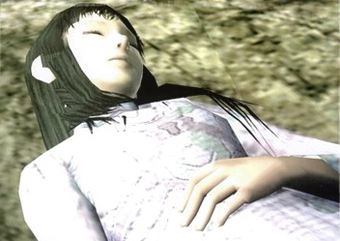 You ride out into the world certain that you will brave challenges and come out triumphant. That whole green landscape seems full of certainty and hope. The game’s structure seems so simple and clear, laid out before you in the temple as 16 tasks. You know what your aim is: it is to save that woman, and it seems certain that you love her. Why question your task?

But the colossi are not simple beasts. You ride for what seems like hours to reach them, the landscape enchanting you. You stop to shoot lizards with your bow, fascinated by their scuttling and by the sparse environment they disappear into, as if by magic. When you reach the colossus of choice, you realise that these behemoths are part of your landscape, a temple themselves. To get their attention, you fire arrows at them, provoking them. They wrestle feebly with you, trying to shake you off. It is a sort of dance. It is a seduction. Sometimes they succeed in brushing you off, and throw you to the ground. When you finally, breathlessly, get them in their weak spot, they fall, slow-motion, into the dirt.

The soundtrack kicks you in the neck. Your conscience bleeds and black tendrils envelop you, casting you back to your still unconscious girl.

The girl you actually want.

Back when I was a brunette, I hooked up with a tall blonde doctor at the Tokyo Game Show. It was the first time since I’d broken up with my boyfriend of five years. Five years.

I needed to have some pretty urgent sense fucked into me. I needed someone to tell me that there were other men. That I wasn’t stupid or ugly or boring. Tall hunk from Australia, he liked Resident Evil 4, Metal Gear Solid 4; he was going to do that. High-five me later, I’m telling a story.

It was the worst sex I’ve ever had. It was impersonal, it was lacking chemistry. I guess what I’m trying to say was that it wasn’t responsive or adaptive or…interactive, at least not in a satisfying way. Sex isn’t for one person.

It convinced me that I should have slept with a friend instead. My boyfriend of five years had once been a friend.

Feelings are the worst STDs by a mile and you can’t get rid of them with antibiotics.

There is nothing better than sleeping with a friend.

Bed is the only place you haven’t been before, together. It is natural and gentle. Or it can be rough, joyous.

Anna Anthropy wrote that the theme of her game Calamity Annie is, “being driven will drive you to love, and that passionate people are attracted to passion.” She is right. The voice you associate with an earnest argument over which sprawling RPG landscape you got lost in, or which tabletop game is the most frustrating, or which midnight multiplayer made you laugh or spit so hard you felt physically exhausted: that passion is reassuring in your ear. It can know your worth.

But sometimes friendship can misrepresent your value. If the terms aren’t clear beforehand, even the good lord Charlie Brooker cannot save you from yourself. They should hand out emotional contraceptives in every school: feelings are the worst STDs by a mile and you can’t get rid of them with antibiotics. God, just imagine if you could. You’d switch them off as if they were the sound in Amnesia: The Dark Descent. A world without terror. Just memories of shadows in the dark.

Yes. Though it is the most beautiful thing on earth, there is nothing worse than sleeping with a friend. 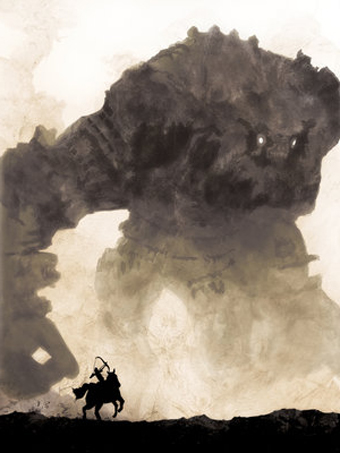 By the fifteenth colossus, you realize you are becoming a zombie. You have ridden far from your origin. You are not sure you want to reach the end. The once beautiful Forbidden Land seems barbarous, all-engulfing, lonely. You have started to dread the sadness of the colossus dying, crying out, the end.

You feel alone, afraid to carry on, because you know that you are putting in motion something horrible. Are you a monster? Why are you becoming numb? The colossi are symbols of nature, part of the ecosystem. And you are killing them. It is killing you.

You wonder if this out-of-reach girl will solve all your problems. You wonder if, when she wakes up, she will make it all okay. You want her to resurrect those colossi you have killed, because you know it is wrong you have killed them. Will she even love you if she sees what you have done?

Then the game takes away Agro, your horse.

I switched off the PlayStation 2.

I was in a six-tatami apartment in Japan, living alone. The last time I had played through this game was with my ex-boyfriend, but it had been a communal experience, a game that we hadn’t thought deeply about, a game of joy.

Now the simple Japaneseness of my sliding doors seemed ugly. The silence outside seemed to leak into the room through the windows. As I sat barefoot on the tatami mat, I put the controller gently down.

I never started up the game again.

I used to wake in the morning to gunfire, and be in love.

The reload sound of the original Counter Strike’s AK-47 will always be a spike on a seismometer in my brain; the sound clip “Cover me!” became a mantra for a relationship efflorescing quietly in the dark with LED-lit keyboard.

Cover me, I sometimes remember, late at night. Cover me. 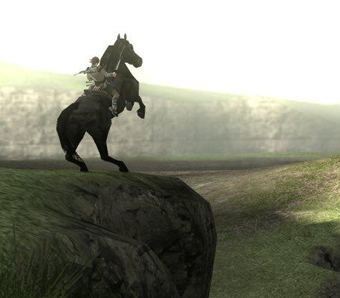 And then the game takes away Agro.

Another swig of Captain Morgan – for him.

A short cutscene, and he is gone. There is no chance for you to save him. No quick time event. There is no choice but to see him fall helplessly from the precipice. Agro has been your companion throughout the entire game. An active and unquestioning accomplice, he has never hesitated at your decisions, has never not come when you called. Though he might have sometimes appeared to be laughing when you fell to the ground or missed a jump, he would always come to your aid. When you had to leave him outside for a colossus battle, your heart sank. His movements were fluid and beautiful, his response to your rein hand natural and real.

Agro was a constant. We’d been a team. He had been taken away from me.

Agro comes back, limping, when you are dead; the girl does wake up. In your place is a small horned child, born of your monstrous bodily struggles with the god of the temple.

Is it enough that you have completed your task? Was she everything you wanted? Is this your prize?

The beloved horse is out there, waiting for you, injured. It will wait for some time.

I once was briefly in love with someone who was not in love with me. We played Metal Gear Solid together. It was his favourite game. I had never played it, so we were working through it. Two strangers playing a game: one, whose swirling emotions and memories were being channelled, one whose emotions were being forged hot in newborn fire.

Then, in the midst of the game, he told me that it was getting too serious for him and that we had to be just friends.

Solid Snake is still stuck in a vent. I hope he has some cigarettes and rum to pass the time.

You can find Cara on Twitter at @CaraEllison, where she tries to get Martin Hollis to give her relationship advice. He advises her to stop conflating sex and videogames.